Changing Lives One Film at a Time 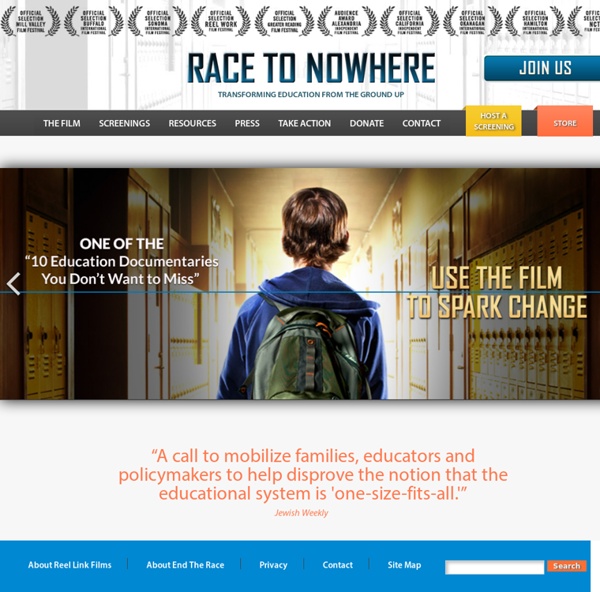 ZIZEK! // SYNOPSIS Waking Life (2001 Blowback Productions - Hard Times: Lost on Long Island The Great Recession "officially" ended in the summer of 2009, but for 25 million unemployed and underemployed Americans the fallout continues. For too many, their middle-class life has been foreclosed and their dreams have turned into nightmares. Sadly, their stories have too often been ignored. In a strange way they have been “disappeared,” evicted from our collective conscience – a permanent new underclass of long-term unemployed. Located on Long Island, the birthplace of the post-war suburban American Dream, this documentary follows the story of the long-term unemployed and the shrinking of the middle class by chronicling the lives of four families. This film hopes to remind us of their humanity and restore respect and dignity to their struggle. Available on HBO Go. Purchase the DVD from Amazon Trailer Press Twitter Facebook HBO Documentaries Produced and Directed by: Marc Levin Produced by: Daphne Pinkerson Co-Producers: Kara Rozansky & Jennifer Weiss Edited by: Christopher K.

In the Land of Blood and Honey All Critics (77) | Top Critics (34) | Fresh (43) | Rotten (34) Overall, Jolie has nothing to be embarrassed about and much of which to be proud with this movie. Even in moments where the film doesn't quite work, she shows ample evidence of ambition and a discerning director's eye. The film's key twist seems a bit underdeveloped, but there's no avoiding the horror the film captures. Even in modern times, what monsters men can be. It's a tough, clear-eyed look at a ghastly ethnic war, with an admirably wide perspective that affords compassion for both sides. With its broad strokes, this invitation to an important discussion is hard to ignore, but the blood and honey on the table is an unpalatable mix. Although Jolie's good intentions are easy to admire, those characters are hard to believe, and the bloody narrative has an oddly bloodless effect. ...not incompetently made, and it suggests that Jolie might have a real shot at someday being a very good director.

The Trap: What Happened to Our Dream of Freedom? Individual freedom is the dream of our age. It's what our leaders promise to give us, it defines how we think of ourselves and, repeatedly, we have gone to war to impose freedom around the world. But if you step back and look at what freedom actually means for us today, it's a strange and limited kind of freedom. Politicians promised to liberate us from the old dead hand of bureaucracy, but they have created an evermore controlling system of social management, driven by targets and numbers. Governments committed to freedom of choice have presided over a rise in inequality and a dramatic collapse in social mobility. And abroad, in Iraq and Afghanistan, the attempt to enforce freedom has led to bloody mayhem and the rise of an authoritarian anti-democratic Islamism. The Trap is a series of three films by Bafta-winning producer Adam Curtis that explains the origins of our contemporary, narrow idea of freedom. Episodes included: 1. Watch the full documentary now (playlist - 3 hours)