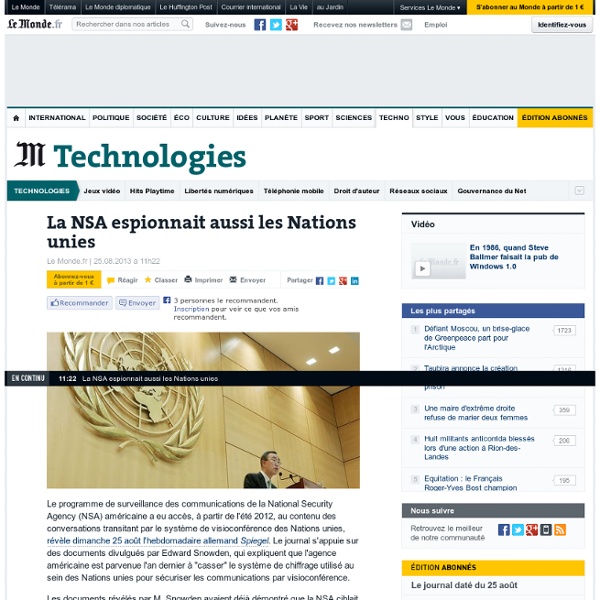 11 "Leakers" Charged With Espionage | July 12, 2013 By Elizabeth Shell and Vanessa Dennis | Aug. 21, 2013 This page has been updated to reflect new developments. It was first published on July 12, 2013. Background What Sets Edward Snowden Apart From Other Alleged Leakers? Story by Larisa Epatko -- Edward Snowden is the eighth leaker to be charged with espionage under the Obama administration. The Justice Department has not addressed the question of why this administration has repeatedly turned to the espionage statutues except to say it's not a deliberate policy of going all out, it's just how things have turned out, said Steven Aftergood, director of the Project on Government Secrecy at the Federation of American Scientists. Below, you can explore the history of leakers, from the Pentagon Papers to Wikileaks. Daniel Ellsberg June 1971 || Richard Nixon Administration Daniel Ellsberg worked on a top secret study of U.S. decision making in Vietnam. Outcome: DISMISSED Espionage Charges Samuel Morison October 1984 | Ronald Reagan Administration Pfc.

Edward Snowden Accuses Germany of Aiding NSA in Spying Efforts In an interview to be published in this week's issue of SPIEGEL, American intelligence agency whistleblower Edward Snowden criticizes the methods and power of the National Security Agency. Snowden said the NSA people are "in bed together with the Germans." He added that the NSA's "Foreign Affairs Directorate" is responsible for partnerships with other countries. The interview was conducted by American cryptography expert Jacob Appelbaum and documentary filmmaker Laura Poitras with the help of encrypted e-mails shortly before Snowden became known globally for his whistleblowing. SPIEGEL reporting also indicates that cooperation between the NSA and Germany's foreign intelligence service, the BND, is more intensive than previously known. The Federal Office for the Protection of the Constitution, which is responsible for counter-espionage, is currently investigating whether the NSA has gained access to Internet traffic traveling through Germany. Keep track of the news

Snowden Reveals How GCHQ in Britain Soaks Up Mass Internet Data In an interview published in the latest edition of SPIEGEL, National Security Agency whistleblower Edward Snowden reports on how America's NSA intelligence service works together with Germany's federal intelligence agency, the BND, more intensively than previously known. He also provides an in-depth account of the surveillance operations of the NSA and its British counterpart, the Government Communications Headquarters (GCHQ). Britain's Tempora system is the signal intelligence community's first "full-take Internet buffer," Snowden said in an interview. The scope of this "full take" system is vast. According to the whistleblower and Britain's Guardian newspaper, Tempora stores communications data for up to 30 days and saves the content of those messages for up to three days, in a so-called Internet buffer. But is that a realistic scenario? In addition, many of the most important services for private Internet users are based in the United States. Companies Can 'Make Certain Choices'

NSA slides explain the PRISM data-collection program National Security Agency chief Gen. Keith Alexander: Edward Snowden got call-tracking order during training The National Security Agency contractor who disclosed the spy agency's collection of data on billions of telephone calls made by Americans apparently obtained a highly-classified court order about the program during a training stint, NSA Director Gen. Keith Alexander said Tuesday. Alexander told reporters after a House Intelligence Committee hearing that the man who's acknowledged being the source of the recent leaks, Booz Allen Hamilton information technology specialist Edward Snowden, had access to the Foreign Intelligence Surveillance Court order and related materials during an orientation at NSA. "The FISA warrant was on a web server that he had access to as an analyst coming into the Threat Operations Center," Alexander said. "It was in a special classified section that as he was getting his training he went to." The court order to Verizon which Snowden leaked to Britain's Guardian newspaper, required broad production of daily information on local and long distance calls.

ECOUTE & RENSEIGNEMENT Communication Security Establishment's cyberwarfare toolbox revealed Top-secret documents obtained by the CBC show Canada's electronic spy agency has developed a vast arsenal of cyberwarfare tools alongside its U.S. and British counterparts to hack into computers and phones in many parts of the world, including in friendly trade countries like Mexico and hotspots like the Middle East. The little known Communications Security Establishment wanted to become more aggressive by 2015, the documents also said. Revelations about the agency's prowess should serve as a "major wakeup call for all Canadians," particularly in the context of the current parliamentary debate over whether to give intelligence officials the power to disrupt national security threats, says Ronald Deibert, director of the Citizen Lab, the respected internet research group at University of Toronto's Munk School of Global Affairs. INTERACTIVE: From hacking to attacking, a look at CSE's toolbox Hacking spans globe Canada's electronic spy agency and the U.S. 'In Canada's interests' On mobile?

Whistleblower site Cryptome hacked, defaced, all files deleted The whistleblowing, government-document sharing site Cryptome was hacked and defaced this weekend. All 54,000 Cryptome hosted files were deleted. According to Cryptome, "A person wrote claiming to know who did the hack. No way to know if this claim is true. After its site was restored and Cryptome could view emailed notifications, Cryptome posted the steps of the hack. Cryptome discovered it had been hacked after it could not gain access to email or its NSI account. The other Cryptome accounts hosted by Network Solutions did not seem to have been affected. According to Wikipedia, "Cryptome welcomes documents for publication that are prohibited by governments worldwide, in particular material on freedom of expression, privacy, cryptology, dual-use technologies, national security, intelligence, and secret governance-open, secret and classified documents-but not limited to those." This was the second time that Cryptome was shutdown by a hack in 14 years.