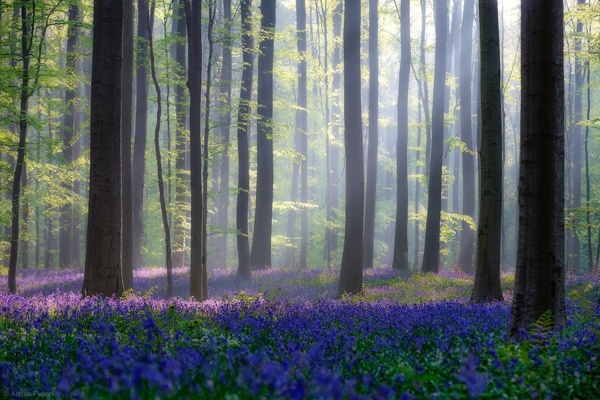 Extinct tree grows anew from ancient jar of seeds For thousands of years, Judean date palm trees were one of the most recognizable and welcome sights for people living in the Middle East -- widely cultivated throughout the region for their sweet fruit, and for the cool shade they offered from the blazing desert sun. From its founding some 3,000 years ago, to the dawn of the Common Era, the trees became a staple crop in the Kingdom of Judea, even garnering several shout-outs in the Old Testament. Judean palm trees would come to serve as one of the kingdom's chief symbols of good fortune; King David named his daughter, Tamar, after the plant's name in Hebrew. By the time the Roman Empire sought to usurp control of the kingdom in 70 AD, broad forests of these trees flourished as a staple crop to the Judean economy -- a fact that made them a prime resource for the invading army to destroy. Sadly, around the year 500 AD, the once plentiful palm had been completely wiped out, driven to extinction for the sake of conquest.

The 15 Most Beautiful Flowers In The World Canna Cannas not only feature pretty blossoms, but also beautiful leaves (often likened to that of the banana plant) that come in a variety of stunning colors. Popularized in Victorian times, Cannas are popular garden plants. Flower Skeleton design by I&S BBDO ad agency In the terrifying wake of 2011 the Tōhoku earthquake and tsunami in Japan, funerals become a commonplace ordeal as the nation dealt with unprecedented loss. Like most cultures, Japanese funerals are somber affairs punctuated with black and white with any deviation considered taboo or inappropriate. Reflecting on the enormity of recent events, funeral home Nishinihon Tenrei approached Tokyo-based ad agency I&S BBDO to create an ad for a trade show that would buck the trend of muted colors so prevalent in the industry. The agency responded with this unprecedented figure of a skeleton made with pressed flowers that overtly celebrates the cycle of life by introducing color and elements of nature that are often avoided in such services.

Rain Storm over Tulip Field Random photo Submit your photo Stumble Thru Gympie Gympie: Once stung, never forgotten MARINA HURLEY'S DEDICATION TO science was sorely tested during the three years she spent in Queensland’s Atherton Tableland studying stinging trees. The entomologist and ecologist’s first encounter with the Gympie-Gympie stinging tree produced a sneezing fit and left her eyes and nose running for hours. Even protective particle masks and welding gloves could not spare her several subsequent stings – one requiring hospitalisation – but that was nothing compared with the severe allergy she developed. “Being stung is the worst kind of pain you can imagine - like being burnt with hot acid and electrocuted at the same time,” said Marina, who at the time was a postgraduate student at James Cook University investigating the herbivores that eat stinging trees.

30 Beautiful Doors That Seem To Lead To Other Worlds Most doors are hopelessly mundane, but they don’t have to be; they can also serve as meaningful symbols of portals between worlds or between different aspects of our lives. When we set out to create a list of beautiful doors around the world, we were surprised to find just how many truly amazing doors there are out there that have been decorated with beautiful craftsmanship and artwork. The door is probably the single part of a building’s exterior that people will interact most frequently with, so if you want a building to look impressive up close, there’s probably no better way to do this than by having a beautiful door.

15 Famous Living Trees There are probably hundreds of famous living trees in the world. They are mostly known because of its location, age, size, unusual appearance, connections with some historical events or because of strange uses by humans. Most of these trees are visited by tens of thousands of tourists from around the world each year. 1. Teapot Baobab, Madagascar Teapot Baobab takes the form of bottle and also looks like teapot, which is why its name has teapot in it.

Color Coded Food and Flowers Photographed by Emily Blincoe Photographer Emily Blincoe (previously) continues to make us smile with her arrays of food and plants perfectly organized by color. Blincoe collects every color permutation of tomatoes, oranges, eggs, and even candy and then sorts them into groups and gradients for each image. Her wildly popular photos have attracted a huge following on Instagram and Tumblr, and many are available as prints.

Most Beautiful Forests in The World Bluebells in Halle`s forest, Belgium. From late April to early May a few acres of woodlands are covered by a splendid carpet of wild bluebell hyacinths. Photo by: Raimund Linke Thick grove of poplar trees, Oregon. Pictures of Clouds and Sunsets - What a Wonderful World Long’s Peak – Sunset Pictures of Clouds and Sunsets credit: David Evenson These pictures of clouds, nature and landscape are really inspirational. Clouds are created when rising air, through expansion, cools to the point where some of the water vapor molecules “clump together” faster than they are torn apart by their thermal energy. Some of that (invisible) water vapor condenses to form (visible) cloud droplets or ice crystals.

'Blow Up' by Ori Gersht Time After Time & Blow Up [2007] The large-scale photographs entitled Blow Up depict elaborate floral arrangements, based upon a 19th Century still-life painting by Henri Fantin-Latour, captured in the moment of exploding. Gersht´s compositions are literally frozen in motion, a process dependent on the ability of the advanced technology of photography to freeze-frame action. These 20 Photographs Will Leave You Speechless. Especially The 11th One. There Are No Words. Take a look at these 20 powerful photos that will leave you speechless. Some of these photos are of truly historic moments, while others, are quite heartbreaking. World War II veteran from Belarus Konstantin Pronin, 86, sits on a bench as he waits for his comrades at Gorky park during Victory Day in Moscow, Russia, on Monday, May 9, 2011. Konstantin comes to this place every year. This year he was the only person from the unit to show.

Ashikaga Flower Park, Japan The Japanese love flowers, and wisteria are among their favorites. Wisteria (known as fuji in Japan) is said to be one of the archipelago's most ancient noted flowering trees, even being described in the collected poems of the Man'yoshu (Collection of Ten Thousand Leaves). One of the best places to view fuji flowers is the Ashikaga Flower Park in Ashikaga City, Tochigi Prefecture. Ashikaga Flower Park features lots of blue, white and pink fuji, as well as yellow laburnum (Japanese: kingusari) that look like yellow colored fuji. Three massive wisteria trellises extend for more than 1000 square meters, in addition to a large trellis of rare double-petaled wisteria.

Amazing Photo Manipulation by Photographer Erik Johansson Swedish photographer and retouch artist Erik Johansson has one of the craziest photography portfolios we’ve ever seen. Erik is completely self-taught in retouching his own photographs to make impossible and extraordinary images. He says his inspiration came from both growing up with a grandmother who painted and having a penchant for escaping into the other worlds of video games, so he naturally blended the two into a technique using computers to generate images that couldn’t be captured by a camera. Check out some of his mind blowing creations below: