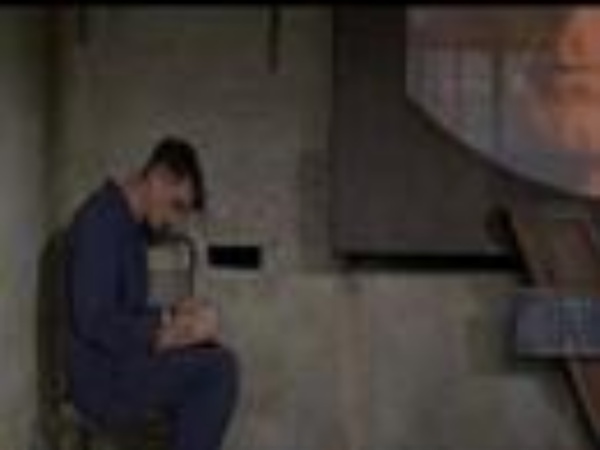 More's Utopia (wiki) Utopia (in full: De optimo reip. statv, deque noua insula Vtopia, libellus uere aureus, nec minus salutaris quam festiuus ) is a work of fiction and political philosophy by Thomas More published in 1516. English translations of the title include A Truly Golden Little Book, No Less Beneficial Than Entertaining, of the Best State of a Republic, and of the New Island Utopia (literal) and A Fruitful and Pleasant Work of the Best State of a Public Weal , and of the New Isle Called Utopia (traditional). [ 1 ] (See " title " below.) The book, written in Latin , is a frame narrative primarily depicting a fictional island society and its religious , social and political customs. [ edit ] Title The title De optimo rei publicae statu deque nova insula Utopia literally translates, "Of a republic's best state and of the new island Utopia". One interpretation holds that this suggests that while Utopia might be some sort of perfected society, it is ultimately unreachable (see below). [ edit ] Plot

What can you do, thought Winston, against the lunatic... The Migrant Experience A complex set of interacting forces both economic and ecological brought the migrant workers documented in this ethnographic collection to California. Following World War I, a recession led to a drop in the market price of farm crops and caused Great Plains farmers to increase their productivity through mechanization and the cultivation of more land. This increase in farming activity required an increase in spending that caused many farmers to become financially overextended. The stock market crash in 1929 only served to exacerbate this already tenuous economic situation. Many independent farmers lost their farms when banks came to collect on their notes, while tenant farmers were turned out when economic pressure was brought to bear on large landholders. At the same time, the increase in farming activity placed greater strain on the land. California was emphatically not the promised land of the migrants' dreams. Arrival in California did not put an end to the migrants' travels.

China’s social credit system was due by 2020 but is far from ready By Qian Sun Six years after the government announced plans for a national social credit score, Chinese citizens face dozens of systems that are largely incompatible with each other. The central government is planning an overhaul. Research and planning for a national credit score in China started in 1999, according to Lin Junyue, one of the most important minds behind the system. It began as a research project led by the World Economics and Politics Institute of the Chinese Academy of Social Sciences. China needed a social credit system, Mr Lin explains in an article, in order to regulate counterfeiting and fraud on the market. Lin’s eleven In Lin’s plan, the social credit system was carefully engineered. Mr Lin’s original 11-pronged project. At the initial phase of planning, the credit system was limited to financial credit (social or political credibility were briefly mentioned). One country, two credit systems Chaos However, in reality, it focused more on companies and individuals.

Haunting Illustrations for Orwell’s Nineteen Eighty-Four, Introduced by the Courageous Journalist Who Broke the Edward Snowden Story Few things in creative culture are more enchanting than an artist’s interpretation of a beloved book. There is Maurice Sendak’s rare and formative art for William Blake’s “Songs of Innocence,” William Blake’s paintings for Milton’s Paradise Lost, Picasso’s 1934 drawings for a naughty ancient Greek comedy, Matisse’s 1935 etchings for Ulysses, and Salvador Dalí’s literary illustrations for Cervantes’s Don Quixote, Dante’s Divine Comedy, Shakespeare’s Romeo and Juliet, and the essays of Montaigne. Since 1947, The Folio Society has served as the premier patron saint of such contemporary cross-pollinations of great art and great literature. In the introduction, Guardian editor-in-chief Alan Rusbridger — who broke the Edward Snowden story in a masterwork of journalism and stood up to real-life Big Brother by refusing to hand over Snowden’s data to the government — explores the parallels, contrasts, and essential civic discourse springing from the difference between the two camps:

Arthur Miller, "Are You Now Or Were You Ever?" McCarthyism U.S. anti-Communist literature of the 1950s, specifically addressing the entertainment industry During the McCarthy era, thousands of Americans were accused of being communists or communist sympathizers and became the subject of aggressive investigations and questioning before government or private-industry panels, committees and agencies. The primary targets of such suspicions were government employees, those in the entertainment industry, educators and union activists. Suspicions were often given credence despite inconclusive or questionable evidence, and the level of threat posed by a person's real or supposed leftist associations or beliefs was often greatly exaggerated. Many people suffered loss of employment and/or destruction of their careers; some even suffered imprisonment. Some conservatives regard the term as inappropriate and deprecate what they say are myths created about McCarthy.[6][7][8][9] Origins[edit] Institutions[edit] Executive Branch[edit] J.

Decoding the Salem Witch trials, Part 1 | US History Scene The witch trials that took place in Salem, Massachusetts Bay Colony, in 1692 represent the most famous Puritan moment in American history; it is the one thing most people think of when they think of the New England Puritans. Usually, it is seen as a shocking and indisputable indictment of the Puritans’ intolerance and ignorance, and even sexism. To get at the truth of what happened in Salem and to understand why it happened, we have to get a little background on Puritan ideas about witchcraft. Then we’ll set the scene for events in Salem, taking into account the political and religious strife occurring in that venerable town in the late 1600s. Finally, we’ll take a look at the trials and the various explanations scholars have offered to explain what really went on during the witch scare. Remember, Salem is actually an anomaly in the history of the New England Puritans. It generated remarkably little comment in New England at the time. Puritans and Witches The reality is not so clear-cut.