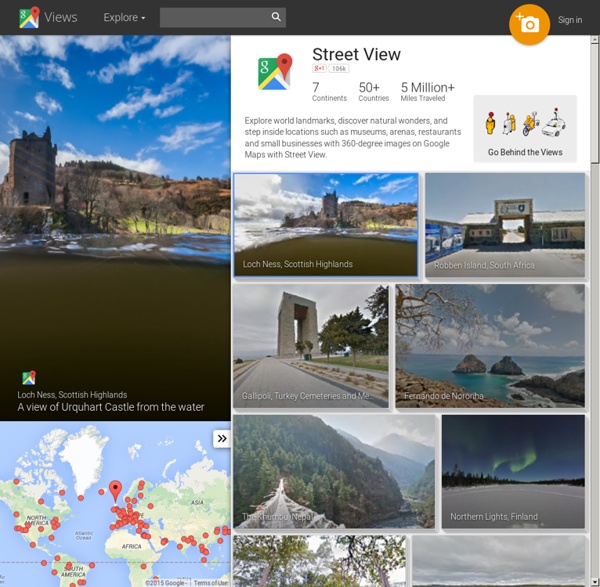 google maps - pedometer Australia Map / Oceania Map / Map of Australia / Map of Oceania Oceania, the planet's smallest continent, is without doubt one of the most diverse and fascinating areas on the planet. A large percentage of geography experts now consider the long-established continent of Australia to be more accurately defined as Australia/Oceania. Collectively it then combines all of Australia, New Zealand, Papua New Guinea, as well as the thousands of coral atolls and volcanic islands of the South Pacific Ocean, including the Melanesia and Polynesia groups. Oceania also includes Micronesia, a widely scattered group of islands that run along the northern and southern edges of the Equator. Note: All Australia/Oceania recognized countries are labeled in red on the map; dependencies and territories are labeled in black.

google maps Walk through the Continents - Print Maps Large and Small - Free Print free maps large or small; from 1 page to almost 7 feet across; PC or Mac. For classroom and student use. MegaMaps requires Adobe Flash. Free online software—no downloading or installation. Print out maps in a variety of sizes, from a single sheet of paper to a map almost 7 feet across, using an ordinary printer. You can print single page maps, or maps 2 pages by 2 pages, 3 pages by 3 pages, etc. up to 8 pages by 8 pages (64 sheets of paper; over six feet across!). Walk Through The Continents Trace car trips; where grandparents and aunts and uncles and cousins live; the Oregon Trail and the Cumberland Gap; Huck Finn's journey; the Rocky Mountains, the Appalachians, the Mississippi River, the Columbia River and the Colorado, label states… There are any number of ways to use these maps. • Print out a multi-page map of the US or the world, and have groups of students assemble it together, like a puzzle. By coloring and writing on the map, students make it “their own”.

Welcome | GeogSpace How ancient Aboriginal star maps have shaped Australia's highway network The next time you’re driving down a country road in outback Australia, consider there’s a good chance that very route was originally mapped out by Aboriginal people perhaps thousands of years before Europeans came to Australia. And like today, they turned to the skies to aid their navigation. Except instead of using a GPS network, they used the stars above to help guide their travels. Aboriginal people have rich astronomical traditions, but we know relatively little about their navigational abilities. We do know that there was a very well established and extensive network of trade routes in operation before 1788. Star maps I was researching the astronomical knowledge of the Euahlayi and Kamilaroi Aboriginal peoples of northwest New South Wales in 2013 when I became aware of “star maps” as a means of teaching navigation outside of one’s own local country. My teacher of this knowledge was Ghillar Michael Anderson, a Euahlayi Culture Man from Goodooga, near the Queensland border. Parallels

Origin of crops | CIAT Blog by Colin K. Khoury, Harold A. Achicanoy, Carlos Navarro-Racines, Steven Sotelo, and Andy Jarvis at the International Center for Tropical Agriculture (CIAT). Version 1.0 (May 2016). This work is licensed under a Creative Commons Attribution 4.0 International (CC BY 4.0). This work is associated with the publication: Khoury CK, Achicanoy HA, Bjorkman AD, Navarro-Racines C, Guarino L, Flores-Palacios X, Engels JMM, Wiersema JH, Dempewolf H, Sotelo S, Ramírez-Villegas J, Castañeda-Álvarez NP, Fowler C, Jarvis A, Rieseberg LH, and Struik PC (2016). About the circular plots Each region has a color representing its own “native” crops and those colors are connected to other regions due the importance of those crops in the diets/agricultural production in other regions. Methods and code for the plots were derived from The Global Flow of People by Nikola Sander, Guy J. About the data