Your meat addiction is destroying the planet 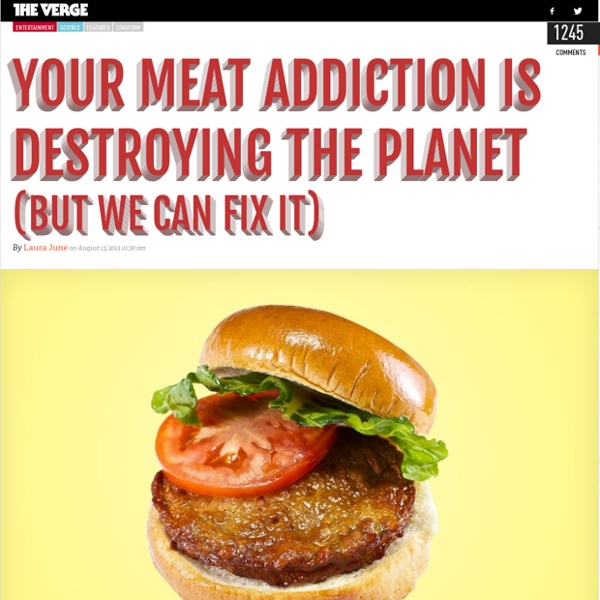 “Jesus,” Molly said, her own plate empty, “gimme that. You know what this costs?” She took his plate. “They gotta raise a whole animal for years and then they kill it. This isn’t vat stuff.” On Monday, August 5th, 2013, at a television studio in London in front of around 100 people, Dr. Sticky TOC engaged! For Brin, a billionaire who wears Google Glass in the promo video for the Cultured Beef project, maybe that’s true: he’s already living in a future where man can augment himself and surpass any obstacle. If they succeed, they would be part of a long and concerted effort to change the way that we, the human race, eat every single day. A growing consensus among scientists, doctors, environmentalists, and animal rights activists suggest that our current system of food — specifically meat — production is not sustainable. And yes, that sounds like science fiction, Sergey. The Hunters The hunters Before that, humans were predominantly plant eaters. The Factory The factory A planet in danger

Serious game | 2020 Energy Click on the image to start the game Scenario For more than a century people have been using and depleting energy resources carefree, as if they were endless. In 2020 the world could find itself in a deadlock. The player has the power to go back in time and to rewrite history. The player’s objective: to reduce the consumption of energy, increase energy efficiency and choose the best renewable energies. Why a serious game ? Inspired by active learning, the serious game proposes an immersive learning mode to develop critical thinking and motivation. 2020 Energy offers a perspective for debate and adds to traditional learning, which it couldn’t replace. The game offers complex questioning on the issues of efficiency and the reduction of our energy consumption, renewable energies and sustainable development. Based on the codes and rules of video games, 2020 Energy‘s gameplay is at the crossroads between playing and learning.