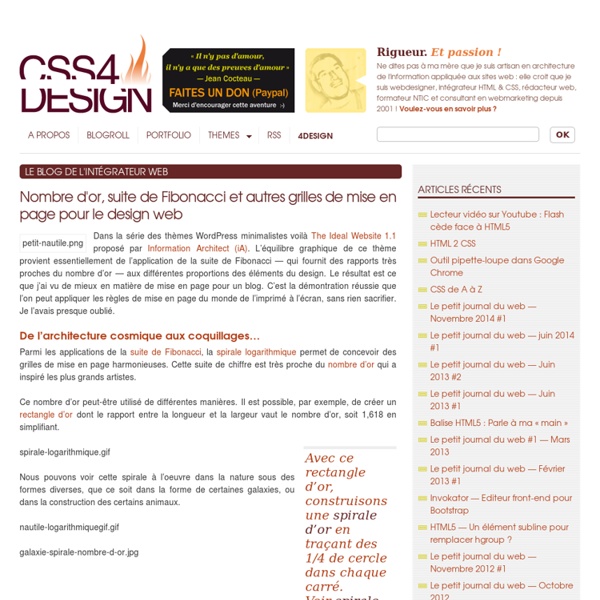 10 tips on using Twitter for events Laura Fitton, or @pistachio as she’s known on Twitter, has been referred to as the “Queen” of Twitter. Her mom-at-home to tech CEO Cinderella Story resulted in her founding www.oneforty.com and co-authoring Twitter for Dummies. Laura Fitton, aka @pistachio Suite de Fibonacci The Fibonacci Sequence is the series of numbers: The next number is found by adding up the two numbers before it. The 2 is found by adding the two numbers before it (1+1) Similarly, the 3 is found by adding the two numbers before it (1+2), And the 5 is (2+3), and so on! How To Build A Facebook Landing Page With iFrames I know it has been on your mind lately: How do I build a landing tab on Facebook now that FBML is gone? What are iFrames anyways? Is this now in the hands of super-geek programmers only? Can Francisco from SocialMouths write another one of those spectacular posts like he did with the Facebook FBML Landing Tabs? Well, that post I mention has 44,405 pageviews in 4 months. It represents 10% of the total pageviews.

10 Tips for Posting on Your Brand's Facebook Page Ekaterina Walter is a social media strategist at Intel. She is a part of Intel’s Social Media Center of Excellence and is responsible for company-wide social media enablement and corporate social networking strategy. Once your brand is on Facebook, the question becomes: How you engage those fans and sustain a meaningful online dialogue with your customers. Facebook fans will only want to engage with us if we serve up relevant content and truly participate. We also forget about EdgeRank — Facebook’s News Feed algorithm that helps display “relevant” stories. The News Feed only displays a small subset of stories generated by the friends and brands users engage with the most.

The Fibonacci Numbers and Golden section in Nature - 1 This page has been split into TWO PARTS. This, the first, looks at the Fibonacci numbers and why they appear in various "family trees" and patterns of spirals of leaves and seeds. The second page then examines why the golden section is used by nature in some detail, including animations of growing plants. 0, 1, 1, 2, 3, 5, 8, 13, 21, 34, 55, 89, 144, 233, 377, 610, 987 ..More.. 1 Rabbits, Cows and Bees Family Trees Facebook’s Sponsored Stories – What it is and How it Works For Brands Menu Oracle Social Spotlight Subscribe to email updates