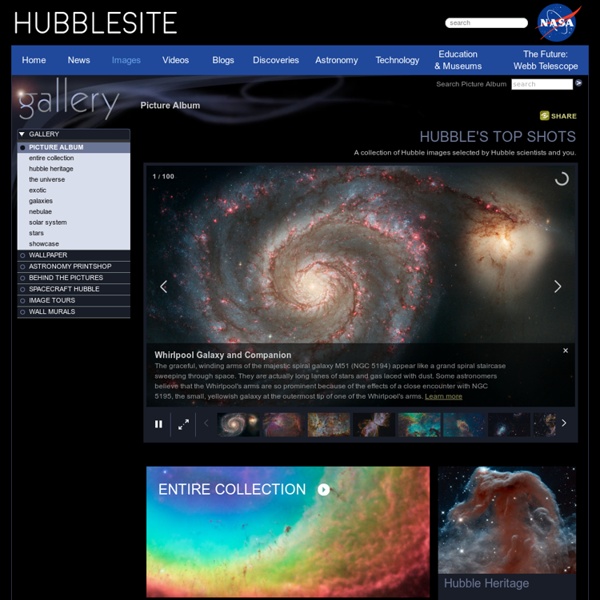 Astronomie Quel jour sommes-nous ? Les quatre jours particuliers de l'année : équinoxe de printemps, solstice d'été, équinoxe d'automne, solstice d'hiver. La durée des jours varie, la hauteur du soleil dans le ciel aussi, l'endroit où il se lève et il se couche aussi. Human Nature : Debbie Carlos Human Nature , 2004 - 2006 The first time I took pictures of the animal displays at Chicago’s Field Museum, I did so purely out of interest in animals. Framing my photos so as to imitate nature photography seemed natural in an environment where the animals, long dead, are themselves placed and positioned in scenes that recreate their habitats. Once I developed my negatives, the significance of the human world, science, and ownership seemed all of a sudden very apparent in the life-like death of the creatures on display.

Our Daily Bread Back in the 1930s, my childhood home was loving and happy, but my parents were often away. On those occasions, the center of warmth in our home was the kitchen and our tiny, joyous housekeeper named Annie. I spent many hours with Annie, sitting at our kitchen table reading books or playing with toys and listening to her sing and hum spirituals and hymns. From her heart sprang a continual flow of wisdom, cheerfulness, and song. Tozer Devotional Sun, October 16, 2011 Working Out What God Works In You The Holy Spirit in this passage is saying two things: God works in you to will, but you are to work with God in working it out.

Plog â World, National Photos, Photography and Reportage â The Denver Post Posted Oct 21, 2009 Share This Gallery inShare58 The photographs of Russian chemist and photographer, Sergei Mikhailovich Prokudin-Gorskii, show Russia on the eve of World War I and the coming of the revolution. From 1909-1912 and again in 1915, Prokudin-Gorskii travelled across the Russian Empire, documenting life, landscapes and the work of Russain people. His images were to be a photographic survey of the time. He travelled in a special train car transformed into a dark room to process his special process of creating color images, a technology that was in its infancy in the early 1900′s. My Utmost for His Highest by Oswald Chambers What line of thinking do my thoughts take? Do I turn to what God says or to my own fears? Am I simply repeating what God says, or am I learning to truly hear Him and then to respond after I have heard what He says? “For He Himself has said, ’I will never leave you nor forsake you.’ So we may boldly say: ’The Lord is my helper; I will not fear.

No One Wants to Live in My 'Elysium'-Style Simulation Orbital Space Colony They will also be a pain in the ass to run. And I speak from experience on this because I briefly governed my own orbital colony. My time in command did not end well. Joe Strout gave me the opportunity to fail. Apollo 11-17 First man on the Moon - Apollo Moon Landings - QTVR photos from panoramas.dk Less known is that during all the missions they made image sequences which with today's computer technics can be stitched together into 360o interactive panoramas giving you the possibility to view the moon almost as you were there. Many of these panoramas have been published before but in low resolution and displayed in small sizes. Film used on the Moon was a modified Kodak Ectachrome 160. During the last years (2000-2005) the original films have been re-scanned in high resolution and the Apollo 11 images were released the week before the 35 year anniversary.