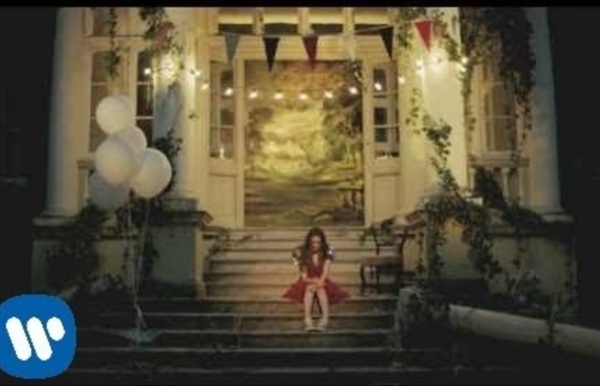 Bruno Mars releases brand new single 24K Magic October 7, 2016Posted at 8:03 PM Posted by Kathleen Were we waiting for the return of Bruno Mars? I wasn’t. No disrespect to Bruno but I forgot about him. Celebrity Social Media Round-Up for November 11, 2016 November 11, 2016Posted at 7:50 PM Posted by Maria Photos:WENN Kevin Hart is not letting 2016 get him down. Justin Timberlake interrupts Tori Amos during THR's Songwriters Roundtable to let us know how he feels about her album Little Earthquakes The Hollywood Reporter gathered Alicia Keys, Tori Amos, Pharrell Williams, Sting, and John Legend together for their first ever Songwriters Roundtable. Oh, and Justin Timberlake was there too. It’s a thoughtful, sensitive discussion. Pharrell and John Legend both speak passionately about inspiration and responsibility.

Kate Bush in Fader and NYT on her work and Intro for November 25, 2016 November 25, 2016Posted at 3:52 PM Posted by Lainey Dear Gossips, How do you feel about Kate Bush? Ja Rule and Ashanti are smooth and flirty in 'Helpless' off The Hamilton Mixtape This post is about The Hamilton Mixtape but it’s also about Ja Rule and Ashanti. Don’t stop reading. I assume you care more about Hamilton than you do about two washed-up stars from the early 2000s but I really care about both. When I was in high school and whichever artist was at the top of the charts was basically the most important person in my life, Ja Rule and Ashanti were the reigning chart-topping prince and princess of hip-hop/R&B. Do I need to remind you about Always on Time?

Brandy's still got it at the Soul Train Awards where she performed medley of her greatest hits November 28, 2016Posted at 5:22 PM Posted by Kathleen Photos:Mindy Small/ Getty Images Last week, I brought you some nostalgia from the early 2000s.Today, it’s all about the late ‘90s. Brandy – yes, that Brandy – performed a medley of her greatest hits at last night’s Soul Train Awards where she took home the 2016 Lady of Soul award. Pop Style Opinionfest: “Grease Live!,” J Law Style, and “Zoolander 2” Come now, kittens. Did you think we were going to let the extravaganza known as “Grease Live!” pass without comment from us? Silly bitches. Of course we have things to say about it; LOTS of things, from the one cast member who came close to tanking the whole thing to the surprisingly effective performances of several other cast members to the bizarre use of the audience and the truly jaw-dropping camera work. Oh, and the songs and the dancing too.

15 Best Broadway Showtunes For Workouts - Theatre Nerds From performing lifts and jumps to endlessly trying not to get sick, one of the most important parts of being a performer is staying fit. Part of every great workout is having a playlist that keeps you energized and motivated. The next time you need go-to songs for the treadmill or weights, here are 15 tracks that will suit you perfectly: Lin-Manuel Miranda’s hip-hop-influenced sound in “Hamilton” is perfect for that motivational build during the tougher parts of working out. In true “Hamilton” fashion, this song’s spirit will help you “talk less, smile more.” The Act 1 finale of this upbeat, high-energy show is a great go-to for fast-paced activities.

10 Korean indie music artists you need to hear now I love Big Bang as much as any other K-pop fan (I just bought tickets to go see them on their world tour, I can’t wait!), but there are some uber-talented musicians in Korea that are not yet household names in the States…yet. From underground hip hop artists to disco-influenced rockers, here are 10 musicians that are making some great tunes. 1) If you like Frank Ocean you'll like Zion T [Photo courtesy: MTViggy] Zion T started off as an underground rapper, but he’s now an R&B influenced singer songwriter whose hits range from super sweet love songs to a heart-wrenching dedication to his family.

Stuff You Should Be Watching (Or Listening To): Hamilton I know this is about “watching,” but with Hamilton the musical, that’s tricky. But you should definitely listen to it, and you should watch it if you have the geographical privilege and the money (or the kidney to sell to get the money, I guess?). I know, I know, EVERYONE (it seems) has been yelling about this, and I was hoping to hold off on listening to the music until I had a chance to see it, and then I saw what ticket prices were like for AUGUST and went, well fuck it and hit buy on iTunes, and haven’t turned it off since. How I haven’t been singing in the office is a testament to my name to my professionalism. Or my fear of looking like a total dork.