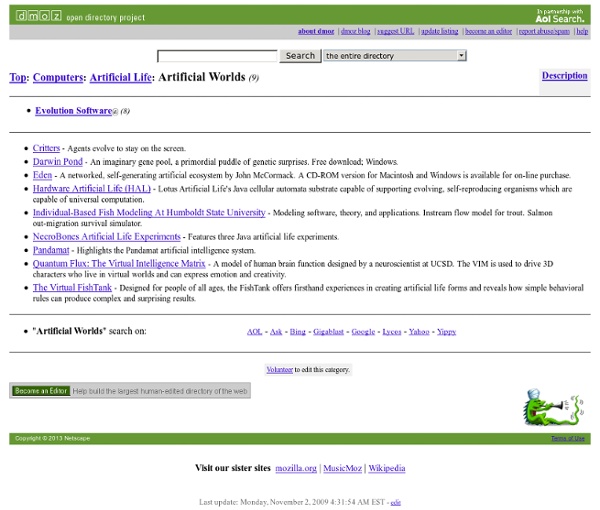 The Emergence of Collective Intelligence | Ledface Blog ~Aristotle When we observe large schools of fish swimming, we might wonder who is choreographing that complex and sophisticated dance, in which thousands of individuals move in harmony as if they knew exactly what to do to produce the collective spectacle. So, what is “Emergence”? School of fishes dancing is an example of “emergence”, a process where new properties, behaviors, or complex patterns results of relatively simple rules and interactions. One can see emergence as some magic phenomena or just as a surprising result caused by the current inability of our reductionist mind to understand complex patterns. Humans can do it too We humans have even built artificial environments that allow for collective intelligence to express itself. Each and every actor in the financial markets has no significant control over or awareness of its inputs. Can we transpose it to other domains? Nobody can single-handedly create “collective intelligence”. Too remote of a possibility?

Why are past, present, and future our only options? But things get awkward if you have a friend. (Use your imagination if necessary.) Low blow, Dr. Dave. Low blow... But seriously, I always figured if there was more than one dimension of time, that moving "left" or "right" would be the equivalent of moving to a parallel universe where things were slightly different. That is to say, maybe time really is 2 dimensional, but for all the reasons you mention, we're normally only aware of one of them—and for the most part, the same one that most of the people we meet are aware of. But take, say, a schizophrenic person—maybe they're tuned in differently; moving sideways through time instead of forward... or maybe moving through (and aware of) both simultaneously. They can't form coherent thoughts because they're constantly confronted with overlapping and shifting realities. I dunno... that's all just speculation, of course, but I find that thought fascinating.

SafeKids.com | Online safety & civility Artificial Robotic Hand Transmits Feeling To Nerves Astro Teller has an unusual way of starting a new project: He tries to kill it. Teller is the head of X, formerly called Google X, the advanced technology lab of Alphabet. At X’s headquarters not far from the Googleplex in Mountain View, Calif., Teller leads a group of engineers, inventors, and designers devoted to futuristic “moonshot” projects like self-driving cars, delivery drones, and Internet-beaming balloons. To turn their wild ideas into reality, Teller and his team have developed a unique approach. It starts with trying to prove that whatever it is that you’re trying to do can’t be done—in other words, trying to kill your own idea. As Teller explains, “Instead of saying, ‘What’s most fun to do about this or what’s easiest to do first?’ The ideas that survive get additional rounds of scrutiny, and only a tiny fraction eventually becomes official projects; the proposals that are found to have an Achilles’ heel are discarded, and Xers quickly move on to their next idea.

Let's Talk About Lying (In the U.S.) 1. Thou shalt have no other gods before me. 2. Thou shalt not make unto thee any graven image. 3. 4. 5. 6. 7. 8. 9. 10. (Exodus 20: 3-17) * The 9th commandment implies that: "the duty, under certain circumstances, of being true witnesses for or against our neighbor; that all men are to be regarded as our neighbors" (Lecture XXXL, Moral Government, "To be a false witness against our neighbor basically means to falsely accuse someone else of wrongdoing."

Nanotechnology Basics Home > Introduction > Nanotechnology Basics Nanotechnology Basics Last Updated: Friday, 14-Jun-2013 09:28:04 PDT What is Nanotechnology? Answers differ depending on who you ask, and their background. Coined as "nano-technology" in a 1974 paper by Norio Taniguchi at the University of Tokyo, and encompassing a multitude of rapidly emerging technologies, based upon the scaling down of existing technologies to the next level of precision and miniaturization. Foresight Nanotech Institute Founder K. In the future, "nanotechnology" will likely include building machines and mechanisms with nanoscale dimensions, referred to these days as Molecular Nanotechnology (MNT). Click image for larger version. This image was written using Dip-Pen Nanolithography, and imaged using lateral force microscopy mode of an atomic force microscope. It uses a basic unit of measure called a "nanometer" (abbreviated nm). There are one billion nm's to a meter. One thousandth of that is a millimeter.

Great User Experience (UX) Leads to Conversions 67inShareinShare What’s user experience got to do with conversions? Everything. Great user experience is a means to an end. Whenever users land on your website, they’re having an experience. User experience matters a lot. - Jason Goldberg, founder and CEO of Fab.com. So is their focus on user experience paying off? Here’s a great animated video that explains how UX design delivers ROI: Getting things right: what UX is and what it’s not First of all, UI (user interface) is not UX (user experience). Here’s a great infographic on the differences between UX, UI and more. Visual beauty is important for websites, but visual design is only one step in the process. Experience is also personal and subjective – and is greatly affected by our past experiences, personal preferences, mood and a myriad of other things. User experience is not something new that was invented along with the internet. The user experience honeycomb Here’s what it all means: Useful. There are 3 ways to use this honeycomb: Useful?

Artificial Intelligence - Volume 1: Chatbot NetLogo Model Produced for the book series "Artificial Intelligence"; Author: W. J. powered by NetLogo view/download model file: Chatbot.nlogo This model implements two basic chatbots - Liza and Harry. The model makes use of an extension to NetLogo called "re" for regular expressions. First press the setup button in the Interface - this will load the rules for each chatbot. The Interface buttons are defined as follows:- setup: This loads the rules for each chatbots.- chat: This starts or continues the conversation with the chatbot that was selected using the bot chooser. The Interface chooser and switch is defined as follows:- bot: This sets the chatbot to the Liza chatbot, the Harry chatbot or Both.- debug-conversation: If this is set to On, debug information is also printed showing which rules matched. Harry seems to do a bit better at being paranoid than Liza does at being a Rogerian psychotherapist. Try out the different chatbots by changing the bot chooser.

Discipline Help: You Can Handle Them All