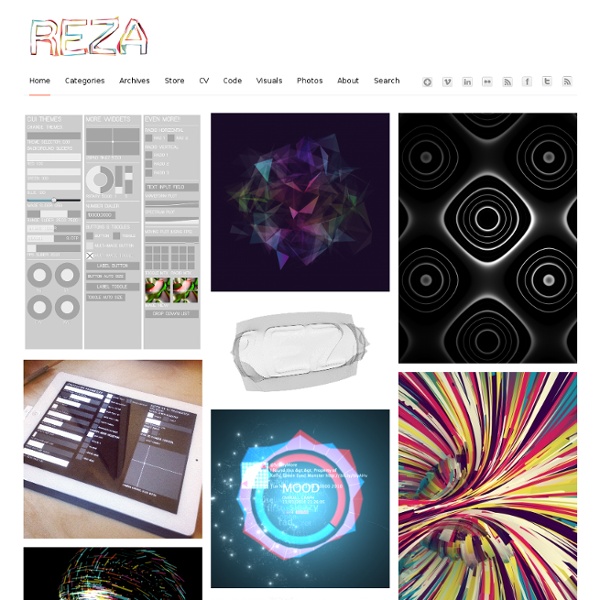 Design Proposal/ Digital Tooling System A pseudo code for the final design proposal was written in the form of a flowchart. To enable the application of the material system on different sites and conditions, digital models have to be simulated for testing purposes. A digital algorithm that allows for recursion is needed to produce different iterations to constantly re-evaluate the generated outcome. Within the intelligence algorithm the material behaviour of the system and the possible spatial limitations have to be taken into consideration. Since fluidity of the transition between static architectural elements is the main objective, the function of these spatial conditions has to be considered in the pseudo code of the design process. The performative function of the architectural elements to be introduced, as realized by the previous material investigation can be quantified and fine-tuned to modulate the thermal comfort within the interior spaces.

NEW MEDIA ART INFOS table_se :: Neoarchaic Design February 4th, 2012 | Published in Design, Furniture, Uncategorized | 1 Comment Mathematical Craft Table_se blends mathematics and computational methods with the practice of a material craft. Robert Lawlor Sacred Geometry Philosophy and Practice NeoArchaic away3d | Coding on acid. So, I have started cross-engine 3D primitives project at github. Just like as3dmod, it plugs seamlessly into your favorite engine to help you out whenever you feel limited by it. Initial commit supports Alternativa3D 8.12, Away3D 4 Alpha, Minko 1 and contains two spheric primitives: UniformSphere and Globe. UniformSphere is a mesh built from the spiral of vertices uniformly distributed across the sphere. Globe is a mesh that minimizes texture distortions for classic plate carré projection. I plan to add few more primitives over time, both useful and not really, and maybe more engine proxies if there will be any interest. Ok, boring things first. Now, to fun things. but, overall, this was a failure. As you see, even shape as simple as flash logo produces really poor values most of the time. It stands for “quadrilateral tracker”, little pet project I have been sporadically working on since october. After December 7th, qtrack is the only free, as in “free beer”, flash 3D AR tracker. Credits

Fields part II: Morpher/BlendShapes Morphing, is the technique where a transition between two images is achieved seamlessly. The technique was (of course) developed initially for cinematographic purposes. As we read on filmsite.org, the first time it was used extensively was in the movie the willow, in 1988. One of the most impressive early movie examples was in Terminator 2: the judgment day. There the T-1000 cyborg terminator was equipped with the ability to morph into any kind of object (it was actually supposed to be made out of a morphing metal); the running time of the morphing scenes are counting up to 16mins (again according to filmsite.org). A very interestin example in the arts is the work of Daniel Lee and more specifically his 1993 manimal series (from these series Ben van Berkel and Caroline Bos are using the "year of the ox" in order to explain their 'hybrid building' concept). The base concept behind 3D morphing however, while applied extensively in computer animation, is not that new.

MODELING: Chapter 5: Solid Modeling (UP19980818) Go to the Next ChapterGo to the Previous ChapterGo to the Table of Contents for This ManualGo to the Guides Master Index Chapter 1 * Chapter 2 * Chapter 3 * Chapter 4 * Chapter 5 * Chapter 6 * Chapter 7 * Chapter 8 * Chapter 9 * Chapter 10 * Chapter 11 * Chapter 12 * Chapter 13 * Chapter 14 The purpose of using a solid model is to relieve you of the time-consuming task of building a complicated finite element model by direct generation. Let's take a brief look at some of the solid modeling and meshing operations that you can use to speed up the creation of your final analysis model: Building your model from the bottom up: Keypoints, the points that define the vertices of your model, are the "lowest-order" solid model entities. Figure 5-1 "Bottom up" construction Building your model from the top down: The ANSYS program also gives you the ability to assemble your model using geometric primitives, which are fully-defined lines, areas, and volumes. Figure 5-5 Copying an area Command(s):

Major KUKA|prc Update » Association for Robots in Architecture - Permalink to Major KUKA|prc Update We are proud to present the latest version of KUKA|prc – parametric robot control for Grasshopper! This is a major release and includes various significant improvements, including… …kinematic simulation of multiple robots …compatibility with the new KUKA KRC4 control unit …customizable end-effector geometry …reachability analysis …axis limits …checking for large axis reorientations …custom start/end position for each job …and many more! Download it from HERE and see the video above or HERE! For troubleshooting or feature requests, send an eMail to robots [at] robotsinarchitecture.org Please note that this update breaks compatibility with older versions of the plugin, so when you open a file with an older version of the KUKA|prc plugin, the old component will disappear with an error message.

KUKA|prc » Association for Robots in Architecture - Download The trial version of KUKA|prc generates robot code and simulates the robot’s kinematics. However, several advanced features such as support for linear axes and more robots/tools are only available to members of the Association for Robots in Architecture. Members also have got access to up-to-date version that are uploaded at least every month, but frequently even more often. For support, please visit the Robots in Architecture forum or contact us! KUKA|prc enables you to program industrial robots directly out of the parametric modelling environment, including a full kinematic simulation of the robot. KUKA|prc is a range of custom components packaged as a plugin for the parametric design software Grasshopper, which in turn is a plugin for the NURBS modeller Rhinoceros. The current KUKA|prc version was tested with: Rhinoceros 5 Grasshopper 0.9.0056/61

Generative Art - Case Study: Sutcliffe Pentagons In 2008 I went to a meeting of the Computer Arts Society (CAS) in London, an organization that was (remarkably, for a body devoted to computing) celebrating its fortieth anniversary with that event. There, I heard a short talk by the society’s initiator and first chairman, the artist and mathematician Alan Sutcliffe.[1] Through this talk, he introduced me to a marvelous shape, which I have since mentally dubbed the Sutcliffe Pentagon. To be clear, I’ve spoken to Alan about this, and he isn’t entirely over the moon with me using this name. He has been insistent that, even though he thought it up, he doesn’t believe the shape was his invention. He cites Kenneth Stephenson ’s work on circle packing[2] as preceding him, in which Stephenson himself credits earlier work by Floyd, Cannon, and Parry.[3] But I have since reviewed this trail of influence, and, although Sutcliffe’s predecessors do describe a dissected pentagon, none of them take the idea half as far as he did. Construction Or 32?