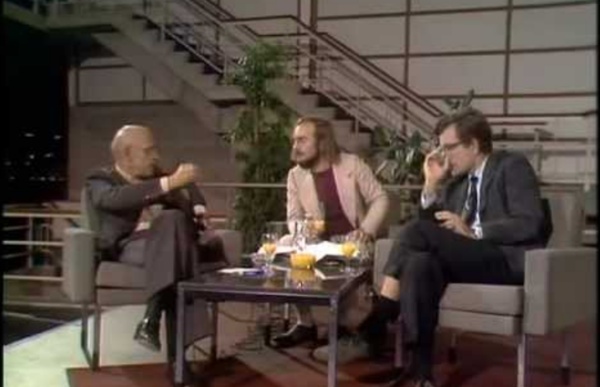 Chomsky warns of media distortion By Niraj S. Desai The media and other institutions form prisms through which ideas and information reach the public, according to Institute Professor Noam A. Chomsky. Those who care about freedom and democracy, about controlling their own lives, must discern how social realities are distorted by such prisms, he said. Chomsky's comments came at his talk last night on the role of the media in the United States. Chomsky presented two theoretical models on which to base analyses of the media's role. One problem common to both models, according to Chomsky, is that they assume that there is a single, centralized source of power -- the government. The traditional model is the one in which journalists themselves profess to believe. This focus is peculiar given the real questions that exist over whether the news media are independent enough from the "state/corporate nexus," Chomsky said. As an alternative to the traditional model, Chomsky offered what he called the propaganda model.

Philippe Descola Philippe Descola (born 1949) is a renowned French anthropologist noted for studies of the Achuar, one of several Jivaroan peoples. Background[edit] Descola started with an interest in philosophy and later became a student of Claude Lévi-Strauss.[1] His ethnographic studies in the Amazon region of Ecuador began in 1976 and was funded by CNRS. He lived with the Achuar from 1976 to 1978.[2] His reputation largely arises from these studies. He has given lectures in over forty universities and academic institutions abroad, including the Beatrice Blackwood Lecture at Oxford, the George Lurcy Lecture at Chicago, the Munro Lecture at Edinburgh, the Radcliffe-Brown Lecture at the British Academy, the Clifford Geertz Memorial Lecture at Princeton, the Jensen Lecture at Frankfurt and the Victor Goldschmidt Lecture at Heidelberg. Distinctions[edit] 1996: CNRS Silver medal[4] 1997: Knight of the French Order of Academic Palms[5] 2004: French National Order of Merit[6] 2012: CNRS Gold Medal

Self and Social Insight (SaSI) Lab David Dunning is a Professor of Psychology at Cornell University. An experimental social psychologist, Dr. Dunning is a fellow of both the American Psychological Society and the American Psychological Association. He has published over 135 scholarly journal articles, book chapters, and commentaries, and has been a visiting scholar at the University of Michigan, Yale University, the University of Cologne (Germany), and the University of Mannheim (Germany). His work focuses primarily on the accuracy with which people view themselves and their peers. This work on the self has been supported financially by the National Institute of Mental Health, the National Science Foundation, and the Templeton Foundation. He has also published work on eyewitness identification, depression, motivated distortion in visual perception, stereotyping, and behavioral economics. BA - Psychology (1982) - Michigan State University PhD - Psychology (1986) - Stanford University Dunning, D. Dunning, D.

On Horkheimer's/ Adorno's "Dialectic of Enlightenment" No Light at the End of the Tunnel A recent film illustrates destructive psychodynamics surrounding dependent strivings. Supplemented by the example of a clinical dream vignette, I use it to consider a shortcoming of Horkheimer and Adorno’s Dialectic of Enlightenment, specifically, their use of the example of the Marquis de Sade to demonstrate a regressive component of the Enlightenment project. Ink, a 2009 film directed by Jamin Winans, portrays the travails of a successful business executive torn between investment in his investments and investment in his family. Of course, the above summary leaves out how much of the film unfolds in a mysterious dreamworld parallel to our own, across which kickass ninja gangs struggle to stop or advance the journey of a little girl, led by a rag-covered, mega-schnozzed nemesis who is somehow under the control of smiling "incubi" wearing plate glass face shields. First, we see him as a boy being ridiculed by classmates for his "trashy" poverty. t

Ideologystop Ned Block, Department of Philosophy NED BLOCK (Ph.D., Harvard), Silver Professor of Philosophy, Psychology and Neural Science, came to NYU in 1996 from MIT where he was Chair of the Philosophy Program. He works in philosophy of perception and foundations of neuroscience and cognitive science and is currently writing a book on the perception/cognition border, A Joint in Nature between Cognition and Perception. He is a Fellow of the American Academy of Arts and Sciences, a Fellow of the Cognitive Science Society, has been a Guggenheim Fellow, a Senior Fellow of the Center for the Study of Language and Information, a Sloan Foundation Fellow, a faculty member at two National Endowment for the HumanitiesSummer Institutes and two Summer Seminars, the recipient of fellowships from the National Endowment for the Humanities the American Council of Learned Societies and the National Science Foundation; and a recipient of the Robert A. Named Lectures: 2003 Petrus Hispanus Lectures, University of Lisbon 2006 Francis W. On-line videos