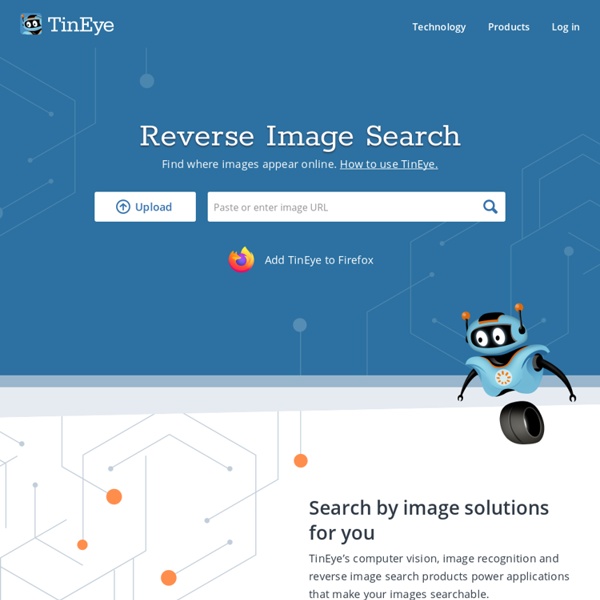 China Renews Google&amp;#8217;s ICP License After tense negotiations, China has renewed Google’s ICP (Internet Content Provider) license, meaning that Google will continue to operate as a search engine in China. The future of Google.cn recently became very unpredictable. Google was redirecting traffic from its Chinese search engine to its (uncensored) Hong Kong search engine, Google.com.hk , but it became apparent that the Chinese government wouldn’t renew Google’s ICP license if Google continued with the practice. Google then changed its approach, and instead of automatically redirecting traffic, the company started displaying a landing page on Google.cn that links to Google.com.hk. According to an update on Google’s official blog post on the matter today, it seems that this new tactic worked. “We are very pleased that the government has renewed our ICP license and we look forward to continuing to provide web search and local products to our users in China,” wrote Google’s chief legal officer, David Drummond.

10 Fascinating Facts You Didn&#039;t Know About Apple It can be argued that no consumer electronics company has captured the public's fascination the way Apple has. Over the years it has morphed into more than just a company or corporation, but for many it has become a representation of a lifestyle or culture, and a status symbol complete with a larger fan base than most pop stars. Here at Mashable, we're also quite fascinated by Apple and its achievements. The company is known just as much for its veil of secrecy and ability to get the Internet buzzing with rumors, as it is for the actual products. You're probably in on the gossip, but there are likely a few things you don't know about Apple. So read on for the origins of product names, factoids about the Apple logo, what Wozniak sold to finance the Apple I, and more wonders dug up from the archives of Apple's past. 1. 2. Woz got a decent price considering it retailed for $795, and we imagine any calculator in his possession would have been more than fairly well used. 3. 4. 5. 6. 7. 8. 9.

Designing A Facebook Fan Page: Showcases, Tutorials, Resources - Smashing Magazine Despite its privacy issues, Facebook clearly has a key role in global Internet activity. It has become a kind of universal social network, being used for both personal and business needs. For many individuals, companies and organizations, Facebook has become an integral part of their branding strategy and promotional campaigns. Facebook provides many tools for maximizing the effect of your presence on the social network, most of all by means of business pages, also known as fan pages. Using a variety of applications and Facebook API tools, one can get creative not only with the page content, but with the design, too. In this post, we’ll give you an idea of how to use Facebook for your business and self-promotional efforts. By the way, it’s been two years since Smashing Magazine’s Facebook fan page1 launched (now with 18,500 fans). Showcase Of Well-Designed Facebook Fan Pages Link Giants of the Industry Link Big brands demonstrate the best use of Facebook by far. Showcase Link (al)

The Evolution of The Logo - Smashing Magazine Advertisement Logo design has been a controversial subject in the design press lately. One branding professional recently claimed that logo design is not that hard to do1 and another said that logos are dead2; some rebutted3 while others concurred4. Why all the fuss? We live in a Brand Era, where branding is in, and for some, aspiring to the Paul Rand style of logo craftsmanship is about as hip and contemporary as writing your invoices with a quill. Perhaps this clamorous debate is cause for a look at where logo design comes from, what state it’s in currently, and where it’s headed in the future. Symbolism The history of logo design begins with the roots of human expression. Fragment of a vase, third millennium B.C. To communicate effectively with design, it’s important to view the big picture of human communication and mythology. In semiotics (the study of signs and symbols and their use or interpretation), human communication is discussed in terms of signs and signifiers. The Brand Era

How I Used Twitter to Live-Blog the Opera | Underwire Mark Delavan as Wotan and Nina Stemme as Brünnhilde, in the final act of Wagner's Die Walküre. Don't those photos in the background look like Twitter avatars?Photo courtesy San Francisco Opera SAN FRANCISCO — Opera and Twitter: Could any two vehicles for human expression be more diametrically opposed? And yet they kind of go together, as I found out this week while live-tweeting the San Francisco Opera’s performance of Wagner’s Die Walküre, a four-and-half-hour epic noted for its ambitious staging, bravura solos, massively overwhelming orchestration and ladies with pointy Viking hats. Yes, I was the annoying guy sitting amid a sea of evening wear in a T-shirt and sneakers, holding an iPhone as low as I could and trying to not to get kicked out by the ushers for violating the house “no electronic devices” policy. You might think that Twitter and opera (not the browser) don’t work together. On top of that, opera is, well, old. And did I mention the fog effects and the fire? More singing.

David Beckham Jumps onto Yahoo Answers Football star David Beckham is set to answer questions from fans using Yahoo Answers, part of his new role as the company’s “Global Sports Ambassador” -– a deal that also requires Beckham to contribute commentary to Yahoo Sports during the World Cup. The live Q&A event takes place on July 14; until then, users are encouraged to ask their questions over on Yahoo Answers, where some 250+ answers to the query “what would you ask and why?” have already been submitted. The most interesting part, perhaps, is that the selected questions will come from 20 different countries. The fans that came up with the questions will ask them over live video via Cisco TelePresence. It would make sense for Yahoo to continue to add such events to Answers -– it’s one of their more successful social offerings.

5 Social Media Trends to Watch Right Now This post originally appeared on the American Express OPEN Forum, where Mashable regularly contributes articles about leveraging social media and technology in small business. With social media itself an exponentially growing trend that's here to stay, many companies both small and large are keeping tabs on new social technologies as they emerge. With new sites, services, apps and practices that help businesses connect more directly with customers coming online at a rapid pace, it's often helpful to zoom out a bit and keep an eye on upcoming trends on the cusp or just over the horizon. Whether or not particular individual services succeed, the following trends are likely to stick around in the near-term future. Some may not be immediately relevant to your company or industry, but being aware of oncoming movements in the social media landscape can help keep you and your business out ahead of the curve when a new trend holds promise for your organization's growth. 1. 2. 3. 4. 5.

10 Fun Facebook Accessories The Internet's love affair with Facebook might hit a rough patch from time to time, but there's no denying that it's the social networking giant that keeps us connected to everyone and everything we like in one easy online platform. So, to celebrate all things FB, we've rounded up a selection of Facebook-themed real-life products, from witty tees to cool stationery (because someone is still sending snail mail) that you can nab now to show your love for online social networking in the offline world. 1. Facebook Reminder Birthday Card You probably shouldn't send this to your significant other (unless they have a great sense of humor), but you can't beat this witty birthday greeting card, especially for a fellow social networking enthusiast. Cost: $3.50 2. We love these tees that offer something different from the "you like this" message, which is so last year. Cost: £12.99 (approx $19.50) 3. Cost: From $13.95 4. Cost: From £9.99 (approx $15) 5. Cost: $7.99 6. 7. Cost: $10 8. Cost: $18 9. 10.

Prank leaves Justin Bieber facing tour of North Korea 5 July 2010Last updated at 11:31 By Daniel Emery Technology reporter, BBC News It is highly unlikely Bieber would be given permission to enter North Korea Canadian singer Justin Bieber's has become the target of a viral campaign to send him to North Korea. A website polled users as to which country he should tour next, with no restrictions on the nations that could be voted on. There are now almost half a million votes to send the singer to the secretive communist nation. The contest, which ends at 0600 on 7 July, saw North Korea move from 24th to 1st place in less than two days. Many of the votes are thought to originate from imageboard website 4chan, which has built a reputation for triggering online viral campaigns. The voting site is not endorsed by Mr Bieber's record label. Given the fact that almost all citizens of North Korea are denied internet access and there are restrictive controls over all media, it is unlikely that any of the votes have actually come from within the country.

Google Employees Explain What It&amp;#8217;s Like Working at Google There's an interesting thread today over at social news site Reddit, in which Google employees are asked to describe their experiences working for the Internet giant. The replies are anonymous, and should thus be taken with a grain of salt. But some seem genuine, revealing some fascinating tidbits about Google's corporate culture, strategy and the day-to-day life of a Google employee. The experiences are vastly positive, but some of them describe the downsides of being a Googler, too. Here are some interesting snippets from the thread: CinoBoo: "I've been there for about 5 years. GoogleEmployee22k: "Google is a great place to work. solyanik: "Management institute is awful. [via Google Blogoscoped]

A Very Scary Fireworks Show: Exploding H-Bombs In Space Since we're coming up on the Fourth of July, and towns everywhere are preparing their better-than-ever fireworks spectaculars, we would like to offer this humbling bit of history. Back in the summer of 1962, the U.S. blew up a hydrogen bomb in outer space, some 250 miles above the Pacific Ocean. It was a weapons test, but one that created a man-made light show that has never been equaled — and hopefully never will. Here it is: Some of the images in this video were until recently top secret. If you are wondering why anybody would deliberately detonate an H-bomb in space, the answer comes from a conversation we had with science historian James Fleming of Colby College. "Well, I think a good entry point to the story is May 1, 1958, when James Van Allen, the space scientist, stands in front of the National Academy in Washington, D.C., and announces that they've just discovered something new about the planet," he told us. Today these radiation belts are called Van Allen belts. But why?

YouTube: HTML5 Video Is No Match for Flash | Webmonkey| Wired.com YouTube has some bad news for those of you hoping the site would soon ditch Flash in favor of HTML5 video tags: It isn’t going to happen any time soon. That’s message from the YouTube developer blog which cites half-a-dozen areas where Flash trumps HTML5 and explains why “the <video> tag does not currently meet all the needs of a site like YouTube.” The emerging HTML5 standard, which is quickly being adopted by browser manufacturers and developers, offers native video-playback and animation tools that don’t require Adobe’s Flash plug-in. However, while HTML5 handles the basics of video, it lacks many of the extra features that sites like YouTube, Vimeo and Hulu currently offer through Flash-based video players. To switch to pure HTML5 video would mean YouTube would have to give up features like live streaming, dynamic video quality control and the ability to allow users to jump to specific points in a video. See Also: