The Best of Piano 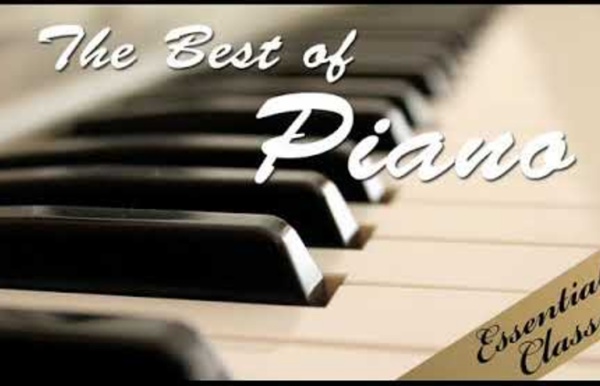 Ben E King: R&B legend dies at 76 - BBC News R&B and soul singer Ben E King, best known for the classic song Stand By Me, has died at the age of 76. King started his career in the late 1950s with The Drifters, singing hits including There Goes My Baby and Save The Last Dance For Me. After going solo, he hit the US top five with Stand By Me in 1961. It returned to the charts in the 1980s, including a three-week spell at number one in the UK following its use in the film of the same name and a TV advert.

Safer tattooing & piercing When the setting and equipment are not sterile, getting body art puts a person at risk for hepatitis C. Blood carrying the virus can be present on unsterile items and because body art usually involves the breaking of skin, there is a chance for blood-to-blood contact. The hepatitis C virus can live outside of the body for long periods of time and blood does not have to be visible on the equipment to spread an infection. Infection Control Procedures and Professional Settings Tattoo and body piercing studios are not always inspected by public health departments. Studios should be inspected and public health units should try to visit them at least once a year, but some piercing and tattoo businesses fall through the cracks and are missed.

Jesus Christ Superstar The work's depiction offers a free interpretation of the psychology of Jesus and the other characters.[citation needed] A large part of the plot focuses on the character of Judas, who is depicted as a tragic figure dissatisfied with the direction in which Jesus steers his disciples. Contemporary attitudes and sensibilities, as well as slang, pervade the lyrics, and ironic allusions to modern life are scattered throughout the depiction of political events. Stage and film productions accordingly feature many intentional anachronisms.[citation needed] Episode 718 « A State of Trance JFIF;CREATOR: gd-jpeg v1.0 (using IJG JPEG v62), quality = 70 C    #%$""!&+7/&)4)!"0A149;>>>%.DIC RuPaul Biography[edit] 1960–92: Early life and career[edit] 1993–97: Supermodel of the World, Foxy Lady, and Ho, Ho, Ho[edit] RuPaul caused a controversy at the 1993 MTV Video Music Awards when he presented an award with actor Milton Berle, who performed a different type of drag early in his career. The two had conflicts back-stage, and when Berle touched RuPaul's false breasts, RuPaul ad-libbed the line "So you used to wear gowns, but now you're wearing diapers."

5 Reasons I'm Passionate About Coding. What's Your Passion? The other day I read this post and was inspired by it so much! Catlin Tucker outlines the reasons she is passionate about teaching. since I am really connected to education (teaching at the university) this very simple idea really resonated with me. So simple yet so powerful! Today I don’t teach anymore but I am still passionate about my day to day work: Coding!

Tannhäuser Tannhäuser (Middle High German: Tanhûser; died after 1265) was a German Minnesinger and poet. Historically, his biography is obscure beyond the poetry, which dates between 1245 and 1265. Socially, he presumed familial lineage with the old nobles, the Lords of Thannhausen, residents in their castle at Tannhausen, near Ellwangen and Dinkelsbühl; moreover, the historical Tannhausen castle, is at Neumarkt in der Oberpfalz.

Songs to inspire and move you Music is one of the great gifts of life. There is nothing like music to reach into our souls and pull out the emotion we have squashed down and wedged into a tiny corner. Sometimes it is so wedged that we don’t even know it is there. Sometimes it takes a really great song to bring it out and let it go.