Money on the Mind 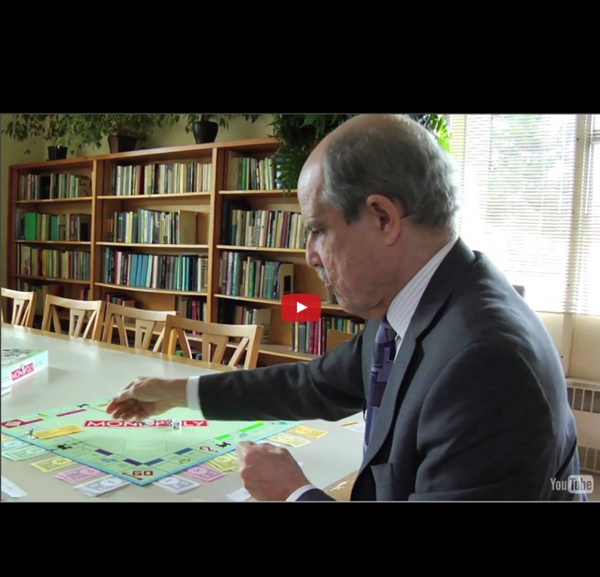 Primitive human society 'not driven by war' 18 July 2013Last updated at 15:40 ET Some have said war is an innate part of human behaviour - but this research suggests otherwise Primitive society was not driven by war, scientists believe. Researchers from Abo Academy University in Finland say that violence in early human communities was driven by personal conflicts rather than large-scale battles.

A Farmer Had an Epiphany That Changed His Life. Now His Work Could Do Amazing Things for the Planet. Archangel Ancient Tree Archive is a non-profit organization that collects, propagates, archives, and replants the genetics of ancient and iconic trees to restore the natural filter system to our water and air. These trees have the ability to clean our water, and stack carbon from our atmosphere to reduce the effects of climate change like no other species. It's a proven solution to global warming. We can only do this work with your donations!

sorrel.ish.: 7 Reasons Why You Should Stop Bitching About People On Benefits. 1. One day, it could be you. The welfare state is a safety net. It is there to catch anyone who falls on hard times, including you. They Know Much More Than You Think by James Bamford The headquarters of the National Security Agency, Fort Meade, Maryland In mid-May, Edward Snowden, an American in his late twenties, walked through the onyx entrance of the Mira Hotel on Nathan Road in Hong Kong and checked in. He was pulling a small black travel bag and had a number of laptop cases draped over his shoulders. Inside those cases were four computers packed with some of his country’s most closely held secrets. 10 Signs We Live in a False Economy It’s time to admit that we live in a false economy. Smoke and mirrors are used to make us believe the economy is real, but it’s all an elaborate illusion. Out of one side of the establishment’s mouth we hear excitement about “green shoots”, and out of the other side comes breathless warnings of fiscal cliffs and the urgent need for unlimited bailouts by the Fed. We hear the people begging for jobs and the politicians promising them, but politicians can’t create jobs. We see people camped out to buy stuff on Black Friday indicating the consumer economy is seemingly thriving, only to find out everything was bought on credit. The corporate media does their best to distract us from seeing anything real.

Survey of Earliest Human Settlements Undermines Claim That War Has Deep Evolutionary Roots My last two posts discuss two new studies that contradict the Deep Roots Theory of War, which holds that war is ancient and innate. One study concludes that modern-day mobile foragers (also called nomadic hunter gatherers) are far less warlike than Deep Rooters contend. According to the other study, there is vanishingly little archaeological evidence of lethal group violence prior to 10,000 years ago. Ancient settlement in Jordan, Southern Levant, where humans lived without significant warfare from 15,000 to 5,500 years ago, according to new archaeological survey. Both of these reports support the view of anthropologist Margaret Mead that war, rather than being a “biological necessity,” is a recent cultural innovation, or “invention.” Now I’d like to present results from a new archaeological survey that further corroborates Mead’s view of warfare.

Black Friday is Buy Nothing Day (Here are 10 Films to Spread the Shopping-Free Cheer!) By Tim Hjersted Since 1997, the biggest shopping day of the year in North America has also been known as Buy Nothing Day - a playful protest against the cultural and commercial pressures that compel us to consume more every year, grow more in debt to prove our love to our loved ones and find temporary happiness in that euphoric moment of purchase. It's a movement that has been growing internationally every year, despite the commercial pressures now enveloping even Thanksgiving in the holiday madness. More and more people have had enough and are choosing to celebrate with their loved ones a different way - by not buying anything! In the spirit of the shopping-free holiday, here are 10 of the best documentaries that give inspiration to the day (click the links to watch online): Explore more films on consumerism here.

The Cheapest Generation - Derek Thompson and Jordan Weissmann In 2009, Ford brought its new supermini, the Fiesta, over from Europe in a brave attempt to attract the attention of young Americans. It passed out 100 of the cars to influential bloggers for a free six-month test-drive, with just one condition: document your experience online, whether you love the Fiesta or hate it. Young bloggers loved the car. Young drivers?

Detaining my partner: a failed attempt at intimidation At 6:30 am this morning my time - 5:30 am on the East Coast of the US - I received a telephone call from someone who identified himself as a "security official at Heathrow airport." He told me that my partner, David Miranda, had been "detained" at the London airport "under Schedule 7 of the Terrorism Act of 2000." David had spent the last week in Berlin, where he stayed with Laura Poitras, the US filmmaker who has worked with me extensively on the NSA stories.

20 Best Websites To Download Free EBooks We understand that reading is the simplest way for human to derive and constructing meaning in order to gain a particular knowledge from a source. This tendency has been digitized when books evolve into digital media equivalent – E-Books. It would be nice if we’re able to download free e-book and take it with us. That’s why we’ve again crawled deep into the Internet to compile this list of 20 places to download free e-books for your use. Great Websites to Download Ebooks

Rich people vs Poor people behaviour regarding the amount of money they have. RICH people tend to be more selfish, cruel and prepotent, whereas POOR people use to act with a low-profile but share what they have and experience more positive and rewarding emotions. by alexq Aug 9

Related:
Related:  Society II   -  Interesting Content   -  Nutritional Values   -  Ways of Behavior   -  improve human behavior   -  Behavior   -  P-values   -  Values: Trust & Integrity   -  Behavior   -  Behavior   -  Norms & Values   -  Psychology of Behavior Change   -  Risky behavior   -  Calorie Counter (CalorieLab)   -  TESTdex - index of free personality tests and intelligence tests   -  List of cognitive biases   -  10 Most Brilliant Social Psychology Experiments   -  Learned Helplessness « You Are Not So Smart   -  Alphabetical Index of all Psychiatric Disorders at ALLPSYCH Online   -  Psychology Today: Health, Help, Happiness + Find a Therapist   -  How to Give Yourself to Whatever the Moment Brings, and Forget Stress : zenhabits   -  25 Mind Blowing Psychology Experiments...You Won't Believe What's Inside Your Head   -  The Cheapest Generation   -  The Science of Procrastination and How to Manage It, Animated | Brain Pickings   -  BQO | Big Questions Online   -  The Science of “Intuition” | Brain Pickings   -  Science Of Persuasion 1280x720 Master - YouTube   -  How To Design a Lucky Life   -  PsyBlog’s 10 Most Popular Psychological Insights From 2012 — PsyBlog   -  Establish the Crap Out of Your Brand (Right Now!) with These 37 Free Resources   -  How to Identify Your Passions   -  TLC - Official Site   -  83 Ways To Be Smarter With Money While You're Still Young – Consumerist   -  Why Focus Makes Us Smarter--and 8 Ways to Sharpen Yours | Big Think   -  A Scientific Guide to Saying "No": How to Avoid Temptation and Distraction - The Buffer Blog   -  For Journalists : Contently: Tell Great Stories   -  Natural Medicines Comprehensive Database: Unbiased, Scientific Clinical Information on Complementary, Alternative, and Integrative Therapies   -  Michel Bauwens: Four Scenarios for the Collaborative Economy - YouTube   -  Take Two 'Normal' People, Add Money To Just One Of Them, And Watch What Happens Next