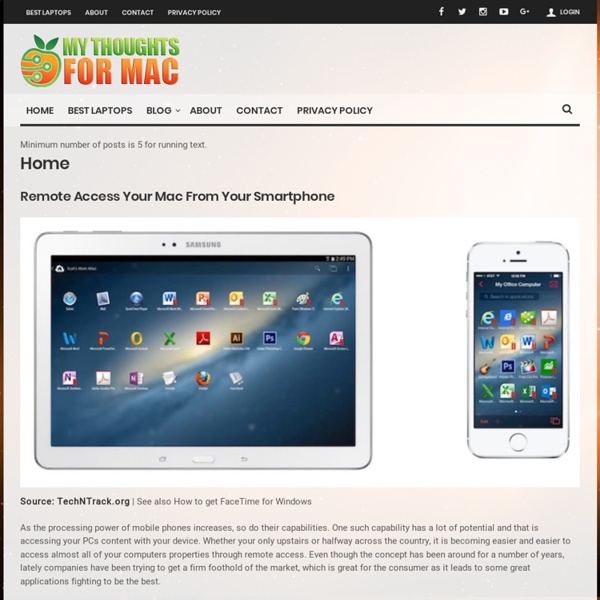 How I Use Mindmapping to Write I use lots of tools for writing. The other day, I talked about the importance of writing practice. Today, as I’m working on a new speech, I wanted to share another tool I use: mind mapping. Before you ask, because the technology minded of you often do, this particular mindmapping software is called Mind Node and it’s for Mac. The way I use mindmaps is that I start with my main idea, and then figure out the “branches” I’ll want to talk about. So, in this case, I just add a few ideas. Mind maps are a great tool for getting your jumbly thoughts into a framework. What happens, often, when we write, is that we look at sentences as this whole big thing. That’s where mind maps excel (or one place where mind maps excel). What about you? ChrisBrogan.com runs on the Genesis Framework The Genesis Framework empowers you to quickly and easily build incredible websites with WordPress. Become a StudioPress Affiliate

Freemind par l'exemple... Literature and Latte - Scapple for Mac OS X and Windows Rough It Out Scapple doesn’t force you to make connections, and it doesn’t expect you to start out with one central idea off of which everything else is branched. There’s no built-in hierarchy at all, in fact—in Scapple, every note is equal, so you can connect them however you like. The idea behind Scapple is simple: when you are roughing out ideas, you need complete freedom to experiment with how those ideas best fit together. It’s Scapple Simple Creating notes is as easy as double-clicking anywhere on the canvas and then typing; making connections between ideas is as painless as dragging and dropping one note onto another. What is Scapple? Scapple is an easy-to-use tool for getting ideas down as quickly as possible and making connections between them. Scapple’s nonlinear approach to the process of creative thinking is similar to what Gabriele Rico calls “clustering” in her popular book, Writing the Natural Way. *Local taxes may apply. Features Write notes anywhere on the virtual paper

Home Shell Scripting Primer: Introduction Shell scripts are a fundamental part of the OS X programming environment. As a ubiquitous feature of UNIX and UNIX-like operating systems, they represent a way of writing certain types of command-line tools in a way that works on a fairly broad spectrum of computing platforms. Because shell scripts are written in an interpreted language whose power comes from executing external programs to perform processing tasks, their performance can be somewhat limited. You should read this document if you are interested in learning the basics of shell scripting. The techniques in this document are not specific to OS X, although this document does note various quirks of certain command-line utilities in various operating systems. This document is not intended to be a complete reference for shell scripting, as such a subject could fill entire libraries. For your convenience, many of the scripts in this document are also included in the “Companion File” Zip archive. Happy scripting!

Who invented mind mapping I've seen comments around the web that say that Tony Buzan didn't invent mind mapping. What he did, they say, was to take a quite well-known technique (going back many hundreds of years according to some sources), narrowed it down with his ten rules and 'invented' a name, which he then trademarked (but see below for more about the mark). He then marketed this very successfully through BBC programmes (which is where I first encountered it in the 1970s), books and lecture tours. What does it take to "invent" a technique? If he had tried to patent it, would 'prior art' have made the patent application fail? We often read references to historical users of mindmapping-like techniques. More recent claims for academics in the 1960s, M. The trademark question is easier to resolve. Vic