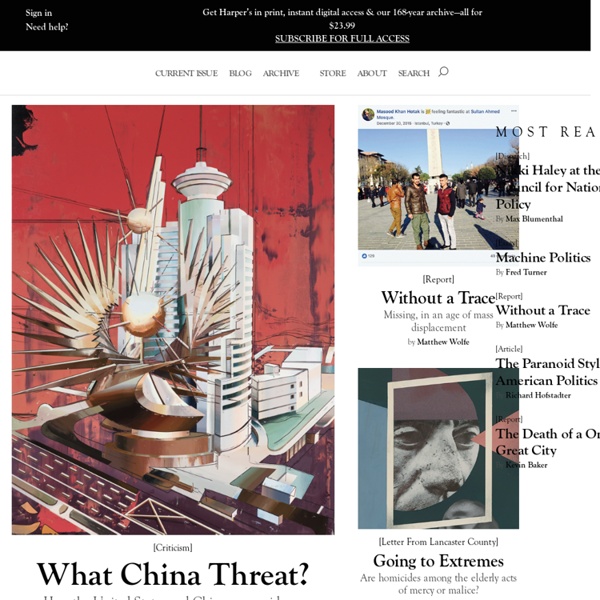 Donald Trump: Supporter at Rally Says Obama is Muslim Republican Presidential candidate Donald Trump took questions at a town hall meeting in New Hampshire on Thursday, and the first one came from an audience member who expressed anti-Muslim sentiment. “We have a problem in this country, it’s called Muslims. Our current President is one. We know he’s not even an American,” the audience member said. “We have training camps growing where they want to kill us. Open Learning Initiative At Harvard Extension School, free and open learning is hardly a new concept. In fact, the Extension School was founded with this mission in mind: to create an affordable way for any motivated student to take courses at Harvard. We stay true to this mission today, offering several free courses and nearly 800 for-credit courses at reasonable tuition rates. Explore our series of free or low-cost courses below.

Ploughshares Ploughshares is an American literary magazine established in 1971 by DeWitt Henry and Peter O'Malley in The Plough and Stars, an Irish pub in Cambridge, Massachusetts. Since 1989, Ploughshares has been based at Emerson College in the heart of Boston. Published in April, August, and December in quality paperback, each issue is guest-edited by a prominent writer who explores personal visions, aesthetics, and literary circles. Guest editors have been the recipients of Nobel and Pulitzer prizes, National Book Awards, MacArthur and Guggenheim fellowships, and numerous other honors. The editor-in-chief is Ladette Randolph. History[edit]

Main Page 2. Act normal If you are a high-risk source, avoid saying anything or doing anything after submitting which might promote suspicion. Arts and Culture By Julian Sancton Sep-2015 Over the past decade, Abu Dhabi has spent billions creating a cultural paradise on the recently uninhabited island of Saadiyat, including outposts of the Louvre and the Guggenheim. MORE FEATURES: 1 of 5 © Ateliers Jean Nouvel, ArteFactory, TDIC, Lourve Abu Dhabi Smarthistory: a multimedia web-book about art and art history Smarthistory offers more than 1500 videos and essays on art from around the world and across time. We are working with more than 200 art historians and some of the world's most important museums to make the best art history resource anywhere. Use the "subject" pulldown menu (go to "Arts and Humanities") at the top of this window or click on the headings below to access our content:

Antioch College The current issue is available for $10. : Purchase Online : Pay by Mail : Subscribe : © Cover Art by David Battle Editorial Harvard Seeks to Jolt University Teaching - Teaching By Dan Berrett Cambridge, Mass. A growing body of evidence from the classroom, coupled with emerging research in cognitive psychology and neuroscience, is lending insight into how people learn, but teaching on most college campuses has not changed much, several speakers said here at Harvard University at a daylong conference dedicated to teaching and learning. Too often, faculty members teach according to habits and hunches, said Carl E.

Ben Carson is rising. How long until he falls? How long can Ben Carson last? If history is any judge, the answer is "not long." That's what happens to candidates like him: They receive a surge of interest, get subjected to media scrutiny, don't fare too well under that scrutiny, and fade away in short order. One might argue that this is the year that proved historical precedents are meaningless, but that may only apply to Donald Trump, a unique candidate if ever there was one. The Propaganda Posters of the 1% Banks and governments own all the money and power thus controlling society and they will do absolutely anything to keep it that way, To top it off we are now paying off there huge debt again, as planned -not a mistake. To be honest I have very little hope for society especially when people are trying to do something about this whether it the right way or not but still trying, only to be met with total denial from all sides. As history has has told us, people only do something when its all or nearly too late and we are close to that point and even have an opportunity that will soon be gone. I consider the polar bear already extinct and in some ways I don’t think people even deserve the polar bear.

Welcome - New Ohio Review New Ohio Review submissions opened September 15th. Congratulations Miles Harvey's "At the Grave of Sadie Thorpe" received a Notable Essays citation in Best American Essays 2015. In Which These Are The 100 Greatest Writers Of All Time The 100 Greatest Writers of All Time by WILL HUBBARD and ALEX CARNEVALE Other lists of this kind have been attempted, none very successfully. We would like to stress that there is a crucial difference between "an important writer" and "a great writer"; the latter is at this time our sole interest. We will account for some of the names that did not make this list in a later dispatch.