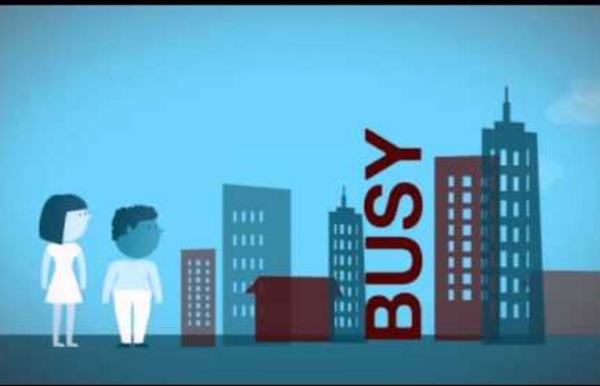 12 "myths" about education in Finland debunked The success of public schooling in Finland has been a huge topic of discussion in the education community over the past year. I’ve read a few good articles about it, including Why Are Finland’s Schools So Successful?, and was impressed with what I learned. So when the image to the left started circulating on social media, I shared it along with a link to 26 Amazing Facts About Education in Finland.

How to Spark Curiosity in Children Through Embracing Uncertainty In the classroom, subjects are often presented as settled and complete. Teachers lecture students on the causes of World War I, say, or the nature of matter, as if no further questioning is needed because all the answers have been found. In turn, students regurgitate what they’ve been told, confident they’ve learned all the facts and unaware of the mysteries that remain unexplored. Without insight into the holes in our knowledge, students mistakenly believe that some subjects are closed. Study Finds Montessori Schools Level the Playing Field for Disadvantaged Kids Researchers and educators have identified early childhood as one of the most important developmental periods in a person’s life, setting in place patterns that can predict life outcomes. This is not surprising given the fact that the human brain goes through profound changes in the first six years, most of which appear to be permanent. In addition, economic analyses have shown that educational interventions aimed at preschool programs have the highest return on investment. Yet, there is little consensus on what kinds of programs should be widely implemented and have the most positive effects. A new longitudinal study from the University of Virginia has been published in the journal Frontiers in Psychology comparing the Montessori educational method to regular preschool education. The Montessori method was developed by Dr.

Could Autonomy, Mastery and Purpose Be the Keys to Motivating Students? Daniel Pink has studied motivation in the business world for a long time and he’s come to the startling conclusion that traditional ways of motivating employees with financial incentives doesn’t work. In study after study, social scientists have found that external rewards narrow the focus and restrict possibilities, making it difficult for people to come up with creative solutions to complex problems. The only time incentives worked, in fact, was when the problem was mechanical and the path to the solution was straightforward. Instead, companies around the world have shown that employee motivation increases when people have autonomy, a driving purpose and the desire to perfect their craft. While his TED talk is framed in the language of business, it’s easy to see the parallels in Pink’s argument to schools and learning.

What not to do when your kid tells a lie At the ripe old age of 3, my older daughter has begun flirting with falsehoods. So far, the few lies she has told have been comically bad and easy to spot. Her dad and I usually laugh at them with an amused, “Oh, yeah?” But now that I’ve stopped to consider, that strategy seems flawed. While reporting a story on adult lying, I had the pleasure of talking with developmental psychologist Victoria Talwar of McGill University, who studies lying in children. What if All they want to do is Play Video Games? “Easy for you to say unschooling works,” someone told me. “Your kids are interested in academic things. You don’t know my kids. Jessica Lahey’s ‘The Gift of Failure’: A Fear of Risk-Taking Has Destroyed Kids’ Love of Learning I’ve known the mother sitting in front of me at this parent-teacher conference for years, and we have been through a lot together. I have taught three of her children, and I like to think we’ve even become friends during our time together. She’s a conscientious mother who obviously loves her children with all of her heart. I’ve always been honest with her about their strengths and weaknesses, and I think she trusts me to tell her the truth.

The Joyful, Illiterate Kindergartners of Finland Approaching the school’s playground that morning, I watched as an army of 5- and 6-year-old boys patrolled a zigzagging stream behind Niirala Preschool in the city of Kuopio, unfazed by the warm August drizzle. When I clumsily unhinged the steel gate to the school’s playground, the young children didn’t even lift their eyes from the ground; they just kept dragging and pushing their tiny shovels through the mud. At 9:30 a.m., the boys were called to line up for a daily activity called Morning Circle. (The girls were already inside—having chosen to play boardgames indoors.) Study suggests giving kids too many toys stifles their creativity (Medical Xpress)—A team of researchers at the University of Toledo in the U.S. has found that children are more creative when they have fewer toys to play with at one time. In their paper published in the journal Infant Behavior and Development, the group describes their observational study of toddlers at play, what they learned and offer some suggestions for parents. Parents have long been subject to the opinions of others, some of which include judgments regarding the number of toys they should provide for their children. Some suggest more toys show children they are more loved, while others argue more toys is overkill and a poor substitute for parental attention. In this new effort, the researchers have conducted a simple experiment meant to test creativity in toddlers playing with toys. In the experiment, parents were asked to bring toddlers to a play area where the little ones were given either four toys or 16 toys to play alone with for 30 minutes.

bigthink It’s a well-known fact that the United States is incarcerating more people than any other country in the world - and the prison system has been widely criticized for its inhumane practices, inefficiency, and high recidivism rates. Unsurprisingly, part of the solution lies in education. Studies have shown that inmates who take part in educational programs in prison are 47 percent less likely to reoffend.