Why Are Things Creepy? 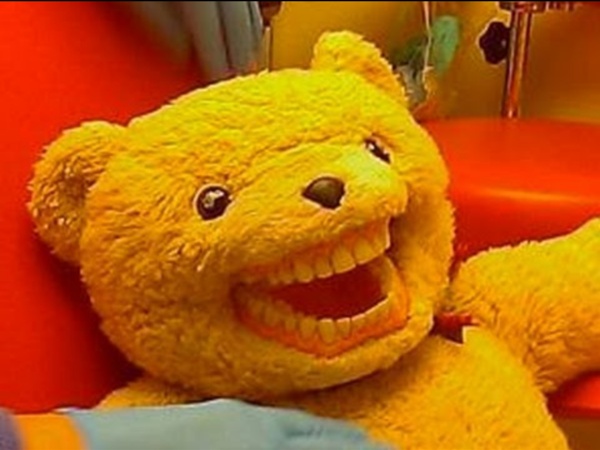 Ironic? Spanked Children More Likely to Break the Law By Rick Nauert PhD Senior News Editor Reviewed by John M. Grohol, Psy.D. on November 25, 2013 Spanking apparently can have an unintended effect from what a parent has in mind; in fact, just the opposite. Emerging research suggests university students who were spanked as children are more likely to engage in criminal behavior. University of New Hampshire’s Murray Straus, Ph.D., considered one of the foremost researchers on corporal punishment, also found that even young adults whose parents were generally loving and helpful as they were growing up, showed higher rates of criminal behavior. “The results show that spanking is associated with an increase in subsequent misbehavior, which is the opposite of what almost everyone believes. “These results are consistent with a large number of high quality peer-reviewed studies,” Straus said. Straus looked at criminality trends of university students in 15 countries using nine measures of criminality. Source: University of New Hampshire

Sleep Therapy Is Expected to Gain a Wider Role in Depression Treatment Items that you save may be read at any time on your computer, iPad, iPhone or Android devices. Access your saved items by selecting Saved Items from the menu under your username at the top right of any page on NYTimes.com Unbelievable Facts: According to scientists, This is the most relaxing tune ever recorded. This eight minute song is a beautiful combination of arranged harmonies, rhythms and bass lines and thus helps to slow the heart rate, reduce blood pressure and lower levels of the stress. The song features guitar, piano and electronic samples of natural soundscapes. A study was conducted on 40 women, who were connected to sensors and had been given challenging puzzles to complete against the clock in order to induce a level of stress. Different songs were then played, to test their heart rate, blood pressure, breathing and brain activity. According to Lyz Cooper, founder of the British Academy of Sound Therapy, the song has been created using various scientific theories and make use of musical principles that are known to have individually calming effects. Moreover, sound therapies have been used for thousands of years to help people relax and improve health and well-being. The top ten relaxing songs are known to be 1.

Art, science and schizophrenia - All In The Mind Brendon Clarke: What I would be hearing in the auditory hallucinations would be knocking me down just with the most abusive torturous comments, to a point where I was feeling so vulnerable and so low, and then the voice would slip in with the suicide line, that David wanted me to kill myself. And that was the ongoing nature of the voice that I was hearing. There was actually no hope that things were going to get better and we are going back about 20 years, so we weren’t talking then about recovery or that things can get better. Lynne Malcolm: Schizophrenia. But the way schizophrenia is viewed has changed quite dramatically. Lynne Malcolm with you, and on All in the Mind today we’ll hear how scientists, clinicians and artists are now putting their heads together to improve the experience of those living with schizophrenia. [Applause] Thanks, Brendon, for joining us today. Brendon Clarke: Yes, certainly. Lynne Malcolm: And what about your family—were your family supportive then?

Extreme Homeless Man Makeover! Researchers identify new type of boredom Scientists studying emotion and motivation have identified a new type of boredom to describe this emotion. Researchers identified the new type of tedium as 'apathetic boredom', an especially unpleasant form of the emotion that resembles learned helplessness or depression. The study is among the first to quantifiably investigate different types of boredom. The study builds on preliminary research done by Dr Thomas Goetz of the University of Konstanz and colleague Anne Frenzel in 2006 in which they differentiated between four types of boredom according to the levels of arousal (ranging from calm to fidgety) and how positive or negative boredom is experienced (so-called valence). These were indifferent boredom (relaxed, withdrawn, indifferent), calibrating boredom (uncertain, receptive to change/distraction), searching boredom (restless, active pursuit of change/distraction) and reactant boredom (high reactant, motivated to leave a situation for specific alternatives). ... contd.

Worst Villain Ever Sleep's Effects On Your Immune System Revealed In New 'Body Clock' Study Jet lag, shift work, and even late nights staring at your tablet or smartphone may be making you sick. That's because the body's internal clock is set for two 12-hour periods of light and darkness, and when this rhythm is thrown off, so is the immune system. One reason may be that the genes that set the body clock are intimately connected to certain immune cells, according to a new study. The finding “was a happy accident," says Lora Hooper, an immunologist at the University of Texas Southwestern Medical Center in Dallas. She and her colleagues were studying NFIL3, a protein that guides the development of certain immune cells and turns on the activity of others. These cells are a type of immune cell known as a T cell. At this point, the researchers had no reason to suspect a connection to our body’s internal timekeeping system—also known as our circadian clock—which responds to daily cycles of light and dark. In a final experiment, the researchers gave the mice jet lag.

Study links a gene variation to a darker view of life “People think there’s a world, and our brain just tells us about it,” said study author and Cornell University psychologist Adam Anderson. “What our brain tells us is filtered, and emotions really have a powerful influence on how we see the world.” Subjects who had a specific form of a gene in which certain amino acids are missing, found in about half of Caucasians, had a heightened awareness of negative stimuli. For instance, these people might look down a busy city street and catch the shady character hanging out by the ATM rather than the jubilant children playing in the park. Or during a nature hike, they would focus on the slippery rocks instead of the breathtaking scenery. Typically, the more emotionally stirring an event is, the more vivid the memory — think flashbulb memories like the moment you heard about 9/11 or JFK’s assassination. “People who have this gene might have more intense memories because they experience them more strongly,” Todd said.

Image is Everything: The Secrets of Body Language Share this infographic on your site! <a href=” src=” alt=”Body Language” width=”500″ border=”0″ /></a><br />Source: <a href=” Image is Everything: The Secrets of Body Language At work, at home, at play, famous, or infamous, your body language tells the world all about you. How We Communicate: 93% of what we communicate is non-verbal Gestures 55% Voice 38% Words 7% A majority of what we communicate is through gestures and how we physically position our bodies. The Face: 7 Universal Expressions: Happiness Sadness Anger Fear Surprise Contempt Disgust There are over 3000 emotional expressions that we react to… And over 10,000 that we register. The Body: Open your body to face your audience. Sit up straight. (= in control of your emotions) vs. Crossing legs presents a “closed” view of yourself.

Spite Is Good. Spite Works. Photo The “Iliad” may be a giant of Western literature, yet its plot hinges on a human impulse normally thought petty: spite. Achilles holds a festering grudge against Agamemnon (“He cheated me, wronged me ... He can go to hell...”) turning down gifts, homage, even the return of his stolen consort Briseis just to prolong the king’s suffering. Now, after decades of focusing on such staples of bad behavior as aggressiveness, selfishness, narcissism and greed, scientists have turned their attention to the subtler and often unsettling theme of spite — the urge to punish, hurt, humiliate or harass another, even when one gains no obvious benefit and may well pay a cost. Evolutionary theorists, by contrast, are studying what might be viewed as the brighter side of spite, and the role it may have played in the origin of admirable traits like a cooperative spirit and a sense of fair play. Reporting in February in the journal Psychological Assessment, Dr. Dr. Using game theory models, Dr.