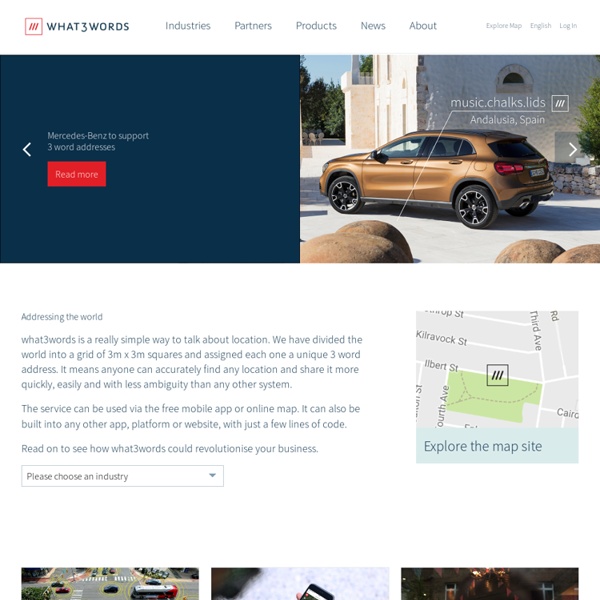 How Officials Distorted Flint’s Water Testing Local and state officials claimed for months that tests showed that Flint’s water had safe levels of lead. But the officials used flawed testing methods, making the levels of lead in the water supply appear far less dangerous than they were. Three of those officials were charged with crimes on Wednesday, accused of covering up glaring deficiencies in two rounds of lead testing conducted in 2014 and 2015. Testing in 2014 The Virtual Keypunch – Make Your Personal Punch Card Type and download your personal punch cards — the Web2.0 of “big iron” age! “The Virtual Keypunch” is a free service related to Google60 – Search Mad Men Style. Get yourself a “real business” card, or even print gift-cards for your geeky friends. New: Scan and parse a card-image at The Virtual Card Reader! All scripts and images © 2012 N.

Making this chicken sandwich from scratch took six months, $1,500 Forget farm-to-table — a Minnesota-based YouTuber has pushed the concept of cooking from scratch to whole new heights. While most of us would normally run to the supermarket for ingredients, Andy George, the founder of a new video series called "How to Make Everything," took the task of making a chicken sandwich to its literal extreme. "I've been into cooking and I found myself starting to make more from-scratch meals, but they weren't really from scratch," George told TODAY.com. "I wanted to see how difficult it would be and how it would taste." How to Make Everything

Stunning Data Visualizations The geology of the US, with sumptuous hand-shading that puts most computer-generated maps to shame: Here's a map of different national origins: In the fiscal chart below, a lot of history is illustrated using data: The light blue spike in the lower right is the US Civil War (1861-1865), which prompted the introduction of a "temporary" progressive income tax (the light pink blob in the lower left) that was originally supposed to expire in 1866! The pink blobs on the right are a record of expenditures on the US Indian wars The dark blue spike in the middle of the left-hand chart shows land sales in the West - which may have caused the collapse of the banking system in 1837 Below is a beautiful rendering of church-going in the US.

Google60 – Search Mad Men Style It was to have been the Nuclear Age, but it became the Search Engine Age ... “Google60” is an art project to explore distances and heroism in user interfaces. All scripts and images © 2012 N. Retrotechtacular: Examining Music in 1950’s Russia If you had told 12-year-old me that one day I would be able to listen to pretty much any song I wanted to on demand and also pull up the lyrics as fast as I could type the artist’s name and part of the title into a text box, I would have a) really hoped you weren’t kidding and b) would have wanted to grow up even faster than I already did. The availability of music today, especially in any place with first world Internet access is really kind of astounding. While the technology to make this possible has come about only recently, the freedom of music listening has been fairly wide open in the US. The closest we’ve come to governmental censorship is the parental advisory sticker, and those are just warnings.

This Map of the World Just Won Japan’s Prestigious Design Award The 2016 Good Design Award results were announced recently with awards going to over 1000 entries in several different categories. But the coveted Grand Award of Japan’s most well-known design award, given to just 1 entry, was announced today. Last year the winner was a personal mobility chair and the year before that it was a robotic arm. This year, the grand prize went to a world map. But the map of the world has been around for hundreds of years.