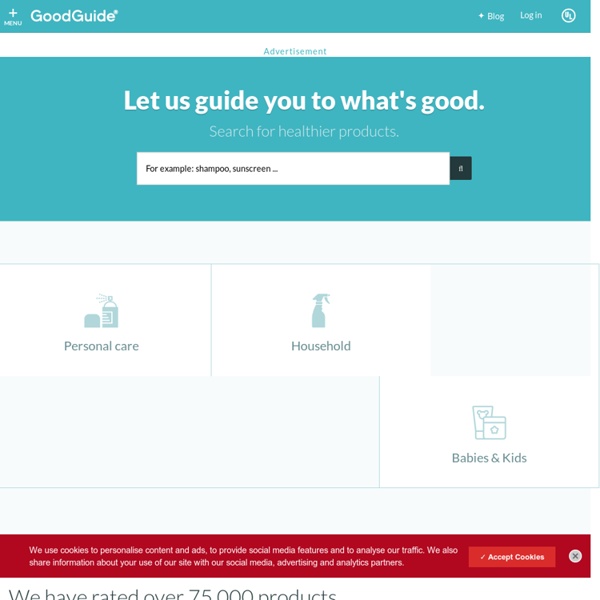 The Sakawa Boys - Motherboard | VBS.TV While Nigeria’s 401 scammers may have written the book on West African internet fraud, their shtick looks like Compuserve compared to what’s going on in Ghana. Unsatisfied with the meager winnings from emailing thousands of random Westerners in hopes of convincing one poor sap they’re the treasurer of the Ivory Coast, Ghana’s scammers decided to stack the odds in their favor the old-fashioned way—witchcraft. Taking a page from cyberpunk, traditional West African Juju priests adapted their services to the needs of the information age and started leading down-on-their-luck internet scammers through strange and costly rituals designed to increase their powers of persuasion and make their emails irresistible to greedy Americans. And so “Sakawa” was born. Now not only is Sakawa Ghana’s most popular youth activity and one of its biggest underground economies, it’s a full-blown national phenomenon. —Watch more at Motherboard.tv

The Ocean Sands of the Bahamas {Photo of the Day} – Planetsave.com: climate change and environmental news This image depicts actual landforms on Earth, rather than what it might look like at first glance, a new-age painting on a sidewalk somewhere. Taken by the Enhanced Thematic Mapper plus (ETM+) instrument aboard the Landsat 7 satellite on January 17, 2001, and depicts the sands and seaweed in the Bahamas. Source: NASA Goddard Tags: Bahamas, Earth, Landsat 7, Landsat program, NASA, Photos, Tassili n'Ajjer, United States, United States Geological Survey About the Author Joshua S Hill I'm a Christian, a nerd, a geek, a liberal left-winger, and believe that we're pretty quickly directing planet-Earth into hell in a handbasket!

8 hair care treatments you can make yourself Eggs, yogurt and honey are, at first glance, all components of a tasty breakfast — but they also happen to be hair treatment ingredients, and affordable, all-natural ones at that. And they're not the only ones. Did you know, for instance, that the oils in avocados more closely resemble our own skin's oils than any product in the beauty aisle does? Or that the mild acidity in lemon is an effective — and gentler — alternative to chemical-laden products? For all hair types "The [raw] egg is really the best of all worlds," says Janice Cox, author of "Natural Beauty at Home". To use: For normal hair, use the entire egg to condition hair; use egg whites only to treat oily hair; use egg yolks only to moisturize dry, brittle hair, Cox says. For dull hair Styling products (as well as air pollution) can leave a film that both saps moisture and dulls shine — but dairy products like sour cream and plain yogurt can help reverse this damage. For itchy scalp For limp or fine hair For oily or greasy hair

Ten Amazing Things You Can Do With Coconut Oil - Health - GOOD If you've read No More Dirty Looks, or our blog, you know my co-author Alexandra and I are fond of oils, and coconut oil in particular because it’s an amazing and cost-saving multitasker that has lots of qualities to recommend it. It’s a rich moisturizer, it’s cheap, it’s versatile, it’s antimicrobial, antifungal, and antibacterial, has a decent amount of antioxidants, and it smells like baked goods. What’s not to love? You can get it at any good health food store in the cooking oil section, just be sure to spend the extra buck or two to get raw, organic, virgin coconut oil. 1. 2. 3. 4. 5. 6. 7. 8. 9. 10. What am I missing? This is part of a series inspired by No More Dirty Looks: The Truth About Your Beauty Products and the Ultimate Guide to Safe and Clean Cosmetics, by Siobhan O'Connor and her co-author Alexandra Spunt.

Find Free Kindle Books - Fevered Mutterings Disclaimer: this post is about free, legal Kindle books, of which there are shedloads (seriously, scroll downwards). It’s not sponsored by Amazon or anyone else. And if you’re reading, you probably have a Kindle. But if you were thinking of buying a Kindle for the first time, click through using the banner below – it won’t cost you anything, and this humble, pathetically modest writer gets a tiny amount of cash to help keep his silver champagne bucket full and his Ferrari well-tuned. Ta. How to fill your Kindle with oodles of stuff, legally and for free. Don’t get me started on how I fell for my Kindle in 7 minutes. Thing is…as nice as it is tracking down an e-copy of a book you suddenly find you can’t live without, it costs money. Better than the best school ever, I’m sure you’ll agree. So here’s what I do. These are the sites I’ve used to find free Kindle books. And yes, I’m after your suggestions. (click screenshots to go to their websites) More. Hold onto your hat. “What? Apple? Update:

Infographic: United States of the Environment In the spirit of two popular infographics that map out the best and worst of all 50 U.S. states — the United States of Awesome and the United States of Shame — MNN decided to see how each state shines or suffers in regard to environmental and public health. Our "United States of the Environment" maps depict each state's No. 1 and No. 50 ranking for issues such as conservation, agriculture, energy efficiency, disease prevalence, pollution, natural resource availability and education, among others. Check out the two maps below, and see our list of states, stats and sources for more information. Sources for "good U.S." map:Alabama: Lowest rate of alcohol abuse or dependence (U.S. Substance Abuse and Mental Health Services Administration) Alaska: Most wetlands (U.S. Geological Survey) Arizona: Most solar power potential (USA Today, National Climatic Data Center) Arkansas: Home of Buffalo River, first U.S.

Amazing Sight in the South Pacific | Ash, Ocean, Island,... A yacht was traveling in the south Pacific when the crew came across a weird sight. Look at these photos and try to imagine the thrill of experiencing this phenomenon. NO!!!!This is not a beach; it is volcanic stones floating on the water. then this was spotted, ash & steam rising from the ocean.. And, while WE were watching... A plume of black ash...HUGE CLOUD. A brand new island formed... Can you imagine the thrill of being the first & only people to see a new island being created where there was nothing before? Swick & 12 Of The Most Iconic Photographs Ever Taken Timothy H. O’Sullivan – Battle of Gettysburg This photograph has become synonymous with The Battle of Gettysburg, which was the most bloody battle of the American Civil War. Lawrence Beitler – Lynching Lawrence Beitler took this iconic photograph on August 7, 1930, showing the lynching of Thomas Shipp and Abram Smith. Joe Rosenthal – Raising the Flag on Iwo Jima Raising the Flag on Iwo Jima is an historic photograph taken on February 23, 1945, by Joe Rosenthal. Alberto Korda – Che Guevara Alberto Korda’s well known photograph of Marxist revolutionary Che Guevara, titled ‘Guerrillero Heroico’ or ‘Heroic Guerrilla’ has become a symbol of the 20th centry. Eddie Adams – Nguyễn Ngọc Loan executing Nguyễn Văn Lém Most of the iconic images of the 20th and 21st century have owned their photographers Pulitzer prizes for their work, and this image is no exception. If you like this, check out all our other posts Moon Landing Richard Drew – The Falling Man Huynh Cong Ut – Napalm Strike Stanley J.

Physics 20b: Introduction to Cosmology - Spring 2010 - Download free content... 6 Insane Coincidences You Wont Believe Actually Happened America's Freak Luck During the Battle of Midway The Battle of Midway may be remembered as one of the most spectacular naval battles in history and one of the huge turning points in the Pacific theater, but it started out as a pure clusterfuck for the Americans. Despite going into battle with most of Japan's game plan in their pocket thanks to American codebreakers/Bothan spies, the U.S. Navy had little to show for it in the early hours of June 4, 1942. Where it Gets Weird: There was one squadron of American dive bombers lead by Lieutenant Commander C. His squadron started dropping like flies until, in an act of sheer luck that would make even J.K. Where it Gets Even Weirder: While finding the ships at all was luck, by some kind of ridiculous freak luck McClusky's squadron arrived at the precise moment when all three Japanese carriers were reloading and rearming their aircraft. It'd be like this happening four times, and all in one battle. ...when he wasn't busy being a pimp.