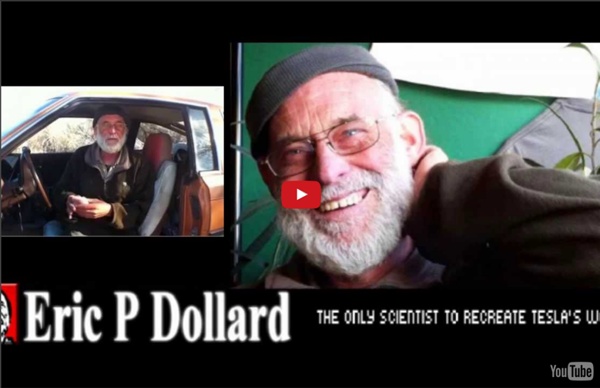 Here’s Why You Should Convert Your Music To 432 Hz “If you want to find the secrets of the universe, think in terms of energy, frequency and vibration.” – Nikola Tesla “What we have called matter is energy, whose vibration has been so lowered as to be perceptible to the senses. There is no matter.” – Albert Einstein Maya Codices - The Dresden Codex 1. In 1810, Alexander von Humboldt published "Vues des Cordillères". This work includes pp. 47, 48, 50, 51, 52 of the Dresden in a beautiful, though somewhat not–completely–accurate, color rendition. I’ve seen copies of this book on sale for as much as $93,000, and for as little as $25,000, so it is a bit pricey, and quite a collector's item.

Edgar Cayce’s Prophecy Comes True: Hall of Records Discovered Ground penetrating radar noticed some anomalies many years ago, Zahi Hawass tried to immediately dismiss them. There are caves which run under two of the large pyramids of Egypt and very close to the paw of the Sphinx, exactly where Edgar Cayce predicted they would be found. Unconfirmed sources are now saying it has been possible to drill through a layer of rock into the chamber which houses the Hall of Records.

Seven Ways How Music Benefits your Health Music touches our hearts and resonates with our soul “I think music in itself is healing. It’s an explosive expression of humanity. The Terma of Gaia Awakening in Practice - A Mystico-Ludic Experiment in Nine Parts by John Lash 28 July 2010 Andalucia Stunning Photographs of Alcohol Under a Microscope You might not know it, but your favorite beer, wine, spirit, cocktail or mixer is a truly magnificent sight to behold. Thanks to the good people at BevShots the next time you spill your drink and someone tells you that you’ve had a bit too much, then kindly inform them that you’re making beautiful art. That’s what the company known as BevShots does at least, they photograph all types of drinks under a microscope and sell it as art. Their images are made by crystallizing any drink of choice on a microscope slide, then using a standard light microscope with a camera attached, the light source is polarized and passed through the crystal. This creates this magnificently eye-catching rainbow of colors that you can see below.

On reincarnation and metempsychosis - paganSquare - PaganSquare - Join the conversation! I've gotten a few messages about reincarnation and how--and if--it relates to Hellenism. Time to talk about it. The idea of reincarnation probably dates back to the Iron Age (so around 1200 BC.). It enters the Hellenic stream of thought and philosophy around the 6th century BC, although there is mention of the theoretical subject in pre-Socratic philosophy. The ancient Hellenes most likely did not use the word 'reincarnation'; 'Metempsychosis' (μετεμψύχωσις) is a better word for the phenomenon they believed in.

Mathematical Treasures - The Grounde of Artes by Robert Recorde Author(s): Frank J. Swetz and Victor J. How Plants Help Each Other Grow By Near-Telepathic Communication Plants have scientifically been show to draw alternative sources of energy from other plants. Plants influence each other in many ways and they communicate through “nanomechanical oscillations” vibrations on the tiniest atomic or molecular scale or as close as you can get to telepathic communication. Members of Professor Dr.

Gravitational-Wave Finding Causes "Spring Cleaning" in Physics - Scientific American Detlev van Ravenswaay/Science Photo Library Artist's rendering of 'bubble universes' within a greater multiverse — an idea that some experts say was bolstered with this week's discovery of gravitational waves. On 17 March, astronomer John Kovac of the Harvard-Smithsonian Center for Astrophysics presented long-awaited evidence of gravitational waves — ripples in the fabric of space — that originated from the Big Bang during a period of dramatic expansion known as inflation. By the time the Sun set that day in Cambridge, Massachusetts, the first paper detailing some of the discovery’s consequences had already been posted online1, by cosmologist David Marsh of the Perimeter Institute for Theoretical Physics in Waterloo, Canada, and his colleagues. Cosmologist Marc Kamionkowski of Johns Hopkins University in Baltimore, Maryland, agrees that some axion models no longer work, “because they require inflation to operate at a lower energy scale than the one indicated by BICEP2”. Linde agrees.

Clairsentience - Dark Metal Classic The ability to extend the mind beyond the body to sense surroundings and disdtant places an their natures is the province of claircentients, typically members of IRSA. The order is founded on pseudoreligious principles, through more in structure and direction than in any advocated philosophy. However, raw Clairsentience is not based on any precepts. The psion with the power is capable of reading his surroundings, from locating objects to the recent actions of other beings in the area and even to limited ability to glimpse past and future. The special awareness possessed by clarirsentients makes them ideal investigators and scouts. They are the driving force behind humanity's exploration of deep space.

Emotional Energy In this discussion we will discuss energy focus and manipulation. How you utilize this information and what you do with it, is solely on you. I am simply providing information to help people understand how it works and to get you started on whatever path you choose to walk upon. So lets start with the basics, some definitions of what kind of energy we will be working with, and some other important terms that will be essential in understanding this discussion. Definitions Earth & The Threefold Cycle Chapter 3 Earth & The Threefold Cycle In the first chapter the mandala of the birth chart was described as having four quarters which can each be related to one of the basic psychological functions, thought, feeling, sensation and intuition.