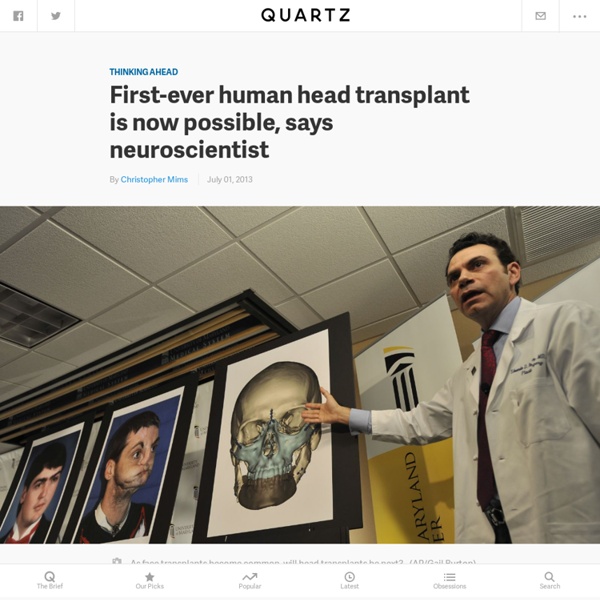 Promotional posters for the new Everest movie recently appeared in New York City subway stations, and these days I travel to and from work with a strange lump in my throat. Everest, which opens in wide release in the US today (Sept. 25), is based on the true story of how eight people died in a storm on the world’s tallest mountain in 1996. It’s the same story that Jon Krakauer told in his bestselling book Into Thin Air. It was, until last year, the most deadly accident in Mount Everest’s history. Then on April 18, 2014, an ice release killed 16 climbers on the mountain. I was there, and my feelings about it are still a mess of contradictions. But when I watched the Everest trailer online a few weeks ago, I couldn’t stop shaking. I fretted about writing this article. But I’m still going to tell you all about it. I started reading books about mountaineering in grade school, and in college I developed an academic interest in the Himalayas. I was mostly worried about altitude sickness.

60 billion potential alien planets in our own galaxy, study finds - Columbia Events Just how many exoplanets, or planets outside our own Solar System, might harbor life? According to a new study, 60 billion or so, reported Space.com (via Yahoo News) on July 2. And that is just inside the Milky Way, our home galaxy. And that's just around one type of star -- a Red Dwarf. Scientists from Northwestern University and the University of Chicago have doubled the number of Earth-sized planets that could potentially be found within the habitable zone (also known as the "Goldilocks Zone" for being "just right" in astronomical distance to support life) of Red Dwarf stars. In short: Cloud cover on alien planets added up to 60 billion planets potentially capable of harboring alien life -- or at least liquid water. The research was published in the journal Astrophysical Journal Letters in late June. In a statement, study researcher and assistant professor in geophysical sciences at the University of Chicago Dorian Abbot, said: "Clouds cause warming, and they cause cooling on Earth.

Netherlands UFO Photos: Experts Say Pictures Not Faked UFO photographed in Netherlands Image Credit: YouTube/UFOvni2012 An Unidentified Flying Object accidently photographed last month above the skies of Muiderslot Castle, a medieval monument built in 1285 near Amsterdam in the Netherlands, set the internet abuzz this week. After much speculation on the authenticity of the pictures, experts now suggest that though the video is "not fake" or doctored, there is perhaps an explanation to what can be seen in the picture. The picture in question was clicked on 25 May by Corinne Federer who was visiting the historic building with her mother. "I was shooting with a very wide angle lens Nikon 14-24 which can capture quite a large scene. Speaking further about what she saw, Federer told Huffington Post: "It was a tubular-shaped object that had an S-shaped fin on it. "I looked at the image information -- at the shutter speed -- and (the object) was blurred at 1/250th of a second, so it had to be going superfast," she added. "I found another object.

Changing brains: why neuroscience is ending the Prozac era | Science | The Observer Mice are used in research into optogenetics, which suggests that even finer control of the brain may be possible. Photograph: John B Carnett/Popular Science via Getty Images The psychiatric drug age may have reached its peak. The starkest indication that drugs are increasingly being thought of as yesterday's cutting-edge comes from the little mentioned fact that almost all the major drug companies have closed or curtailed their drug discovery programmes for mental and neurological disorders. This is largely because these drugs tend not to be very specific in their effects on the brain. In its place is a science focused on understanding the brain as a series of networks, each of which supports a different aspect of our experience and behaviour. The idea is that we can better understand complex human emotion and behaviour by understanding neural networks. Big money has already been committed. Let's make this clear.

10 Creepy And Mysterious Phantom Vehicles Creepy Phantom vehicles are the ghost ships of the land (and, occasionally, air). They come in many forms—some are ghosts in their own right, some are cursed by a malevolent force, and some are merely unsolved mysteries. Of course, as with all ghost stories, it’s good to remember that the ”hauntings” behind these vehicles are usually urban legends. Some even have a very reasonable explanation. 10 Eastern Airlines Flight 401 One of the strangest cases of alleged ghost vehicles is Eastern Airlines Flight 401, a Tri-Star jetliner that crashed in December, 1972 into a Florida swamp. The accident quickly earned an eerie reputation. The creepy ghost crew usually appeared in or near parts of planes that had been salvaged from 401. Officially, Eastern Airlines doesn’t comment on the phenomenon. 9 The Black Volga During the ’60s and ’70s, the people under Soviet rule had plenty to be worried about. Nobody knew who drove the Black Volga. 8 Silverpilen 7 The Phantom Bus Of London And it gets worse.

'Body on a chip' uses 3D printed organs to test vaccines 17 September 2013Last updated at 12:44 ET By Joe Miller BBC News The 3D printer that will be used to print miniature organs for the 'body on a chip' system Miniature human organs developed with a modified 3D printer are being used to test new vaccines in a lab in the US. The "body on a chip" project replicates human cells to print structures which mimic the functions of the heart, liver, lung and blood vessels. The organs are then placed on a microchip and connected with a blood substitute, allowing scientists to closely monitor specific treatments. The US Department of Defense has backed the new technology with $24m (£15m). Bioprinting, a form of 3D printing which, in effect, creates human tissue, is not new. Continue reading the main story “Start Quote It works better than testing on animals” End QuoteDr Anthony AtalaWake Forest Institute for Regenerative Medicine Printing organs The modified 3D printers, developed at Wake Forest, print human cells in hydrogel-based scaffolds. Anti-terrorism

MIT successfully implants false memories, may explain why we remember things that didn’t happen Researchers at MIT have implanted false memories into the brains of mice, causing them to be fearful of an event that didn’t actually occur. This is a very important study that demonstrates just how unreliable memories can be, and goes a long way to explaining why humans regularly recall things that didn’t actually happen — such as alien abductions, or when giving eyewitness testimony that they believe to be true, but is actually a false memory. This breakthrough comes from the same team that discovered that memories are stored in individual neurons – and the process of implanting (or “incepting” as the researchers call it, in a homage to the film Inception) false fears is essentially the same, but with a vital extra step added to the end. The researchers place a mouse in a brand new environment. As the mouse explores this environment (Place A), new memories are created in the hippocampus (the region of the mammalian brain that we know is deeply involved with memory formation).

This Anti-Tremor Spoon Could Make It Easier For Parkinson's Patients To Eat Lift Labs has raised $1 million in seed funding to develop anti-tremor technology designed to improve the quality of life for those with Parkinson's Disease and Essential Tremor. About 60,000 Americans are diagnosed with Parkinson's every year, and about 10 million people in the U.S. have Essential Tremor, a degenerative disorder of the central nervous system. Part of Rock Health's accelerator program, Lift Labs is producing a special spoon called LiftWare that integrates an accelerometer to detect tremors and actuators to cancel out 70% of the motion. Developed with an $800,000 grant from the National Institutes of Health, LiftWare will be available in December for $295. "The idea for the LiftWare device came from my PhD work that dealt with tremor stabilization and subsequent grant funding from the NIH," CEO Anupam Pathak told Fast Company. [Image: Lift Labs]

Medical Mystery: Baby Spontaneously Combusts (CNN-IBN) — A 3-month-old baby in New Delhi that catches fire repeatedly suffers from a rare medical condition called spontaneous human combustion. According to CNN-IBN, Rahul first caught fire when he was only 9 days old. Since then, it has happened at least 3 more times. Doctors say, the fires could be a result of his skin emitting combustible gases. The doctors have advised Rahul’s parents to keep the baby away from inflammable substances and to keep him in a climate controlled room at all times. Rahul’s parents – shocked with all that’s happening to their newborn baby – are now hoping for a medical miracle. “Doctors are saying that they can’t do anything to cure him but can only treat his injuries. The baby is now being kept under observation while the doctors try to fathom this medical mystery. via FOX8.com.