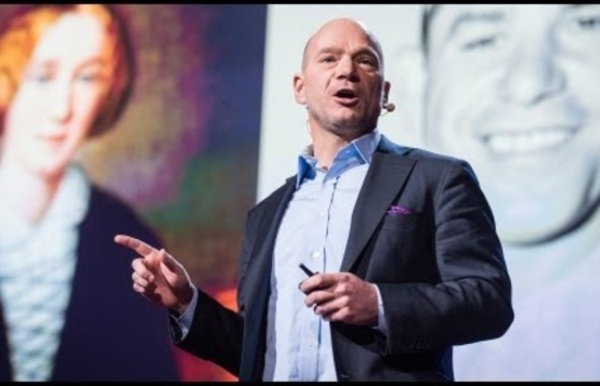 VIDEO ESSAY: CHAOS CINEMA: The decline and fall of action filmmaking | Press Play Chaos Cinema Part 1 from Matthias Stork on Vimeo. Chaos Cinema Part 2 from Matthias Stork on Vimeo. EDITOR'S NOTE: Press Play is proud to premiere a new video essay by Los Angeles scholar and filmmaker Matthias Stork. His video essay, Chaos Cinema, should be a welcome sight to anyone who's ever turned away from a movie because of a director's shaky camera. During the first decade of the 21st century, film style changed profoundly. Action was always intelligible, no matter how frenetic the scenario. But in the past decade, that bit of received wisdom went right out the window. Rapid editing, close framings, bipolar lens lengths and promiscuous camera movement now define commercial filmmaking. Chaos cinema apes the illiteracy of the modern movie trailer. Even attentive spectators may have trouble finding their bearings in a film like this. Consider Michael Bay’s Bad Boys 2, an explosive mixture of out-of-control editing, intrusive snatch-and-grab shots and a hyperactive camera. Why?

amazon Five Trends that Will Shape the Future of ERP Businesses today are required to deal with technological advancements occurring at a pace never experienced before. What’s more, trends like the consumerization of IT have lessened the CIO’s ability to regulate which technologies are used alongside the corporate network. As trends like Bring Your Own Device (BYOD) continue to make an impact, it’s important that the IT department embraces new technologies for a number of reasons. Aside from missing out on any potential benefits, being too proscriptive regarding the technology employees can use risks the emergence of shadow IT; when IT solutions are built or adopted without explicit organizational approval. Enterprise Resource Planning (ERP) in particular has a lot to gain from adopting an open approach to new innovations. 1. The Internet of Things (IoT) is a concept that provides objects, such as cars and electrical appliances, with the capacity to transfer data over a network without requiring human interaction. 2. 3. 4. 5.

How Digital Nomads Are Leading the Seismic Shift in Where We Work Have laptop, will travel. That’s become the slogan of an increasing number of the global white-collar workforce. People are unleashing themselves from corporations and companies to plug wirelessly into the wider world. The tribe of this digital diaspora is described and named in various ways—among them, location independent—but I prefer digital nomad. Full disclosure: I number myself among this constituency, breaking the tether to corporate ties last year. I’m writing to you from a somewhat disclosed corner of southwestern Turkey where sugar-cubed-shaped homes tumble down rugged hills toward the Aegean Sea. I’m certainly not alone, and the community seems to be growing exponentially, reaching what appears to be a tipping point that is ready to push the 9-to-5 workweek into the dustbin of history, along with pet rocks and pensions. “[Digital nomads] don’t subscribe to the standards of previous generations for what defines happiness, what defines productivity, what defines success.

The Penguin and the Leviathan: The Triumph of Cooperation Over Self-Interest: Amazon.fr: Yochai Benkler: Livres anglais et étrangers The human cloud: A new world of work Nestled in his “man cave”, a room crammed with cardboard boxes and fishing lures in his Rhode Island home, Set Sar is earning money by letting a company track the tiniest movements of his eyeballs through his computer’s webcam. About 10,000 miles away, Adi Nagara is hiding from the heat in his air-conditioned bedroom in Jakarta, researching an Indonesian industry for a consultancy firm. Though they are doing different tasks for wildly different sums on different sides of the world, the two men are connected. They are both members of the “human cloud”. Employers are starting to see the human cloud as a new way to get work done. White-collar jobs are chopped into hundreds of discrete projects or tasks, then scattered into a virtual “cloud” of willing workers who could be anywhere in the world, so long as they have an internet connection. Critics turn to history for their analogies too, but they talk of dead-eyed operatives on production lines, not happy artisans. Turkers and nerds

Future Trends in the Manufacturing Industry Manufacturing might be going through tough times, but it still is, and always will be, a vital part of the economy. It has a strong influence on other sectors and growth will create expansion and jobs in many industries. Given that it forms such a critical foundation for the economy, what can business leaders do to ensure stability and growth in their manufacturing endeavors? Future trends in the manufacturing industry all depend on innovation in processes, skills and technology. Ongoing Innovation As we enter the fourth industrial revolution, innovation is going to be one of the key factors in driving growth in manufacturing. Companies must be nimble and quick to adapt to an ever-changing market. Constant Skill Improvements The world around us is evolving at breakneck speed, and the rate of change is only going to increase. As automation increases and there is a greater reliance on AI and robotics, the situation will only worsen.

Carpenter | Job profiles Carpenters and joiners make and install wooden structures, fittings and furniture. Salary:£16,000 to £40,000 average per year Hours:40 to 45 per week 1. Employers usually look for some on-site experience and qualifications. You could take a college course in carpentry and joinery to gain some of the knowledge and practical skills needed to improve your chances of finding work in the industry. You could get into this job through an apprenticeship. You'll need a Construction Skills Certification Scheme (CSCS) card to work on a building site. Go Construct has more information about building careers and training. 2. You'll need: to be able to follow technical drawings and plans maths skills to calculate quantities and angles the ability to pay close attention to detail and make accurate measurements 3. You’ll work as an employee or a self-employed contractor for large and small construction companies. Depending on where you work, your day-to-day tasks may include: 4. Starter: £16,000 to £24,000 5.

Economist Report: Remote Workers on the Move | Upwork Introduction More than half a year into the pandemic, remote work continues to be the reality for businesses across the country. Even as stay-at-home orders and lockdown measures have eased, many professionals are still working from their homes. This persistence, coupled with findings from early survey results, suggest that remote work is here to stay. While remote workers are already experiencing the direct impacts of this, with fewer commutes and less meetings, there are also early indicators of some larger, indirect effects of remote work. Key Findings Remote work will increase migration in the U.S.: Anywhere from 14 to 23 million Americans are planning to move as a result of remote work. Home Is Not Where the Company Is Over the past few decades, work opportunities have become increasingly concentrated in a handful of superstar cities. On the Move Of this group, 6.5% are planning on moving to a different area due to the greater ability to work from home. Where Is Everyone Moving?‍

Beating stress I wanna talk about beating stress today. You know life here in Hong Kong is very stressful so I think today’s topic is very useful for everyone because we can do something about it, just to cope with the stress. So maybe you have some change(s) in your life, maybe big change and small change, but instead of being afraid, I think you should have a positive attitude and think of change as a normal part of life. And I think maybe here in Hong Kong, the family (families) are crowded into a very small housing space, so maybe you would sometimes argue with your family and I think try (trying) to resolve the disagreement with people is very important because then you can build strong relationships and keep commitments you have made. And do you know that actually I find a very funny thing that if you want to reduce some stress, you can reduce this by the word S-T-R-E-S-S, that’s stress. How about, let’s begin with the ‘S’. And how about the ‘T’ word? And the last word is ‘S’ again.