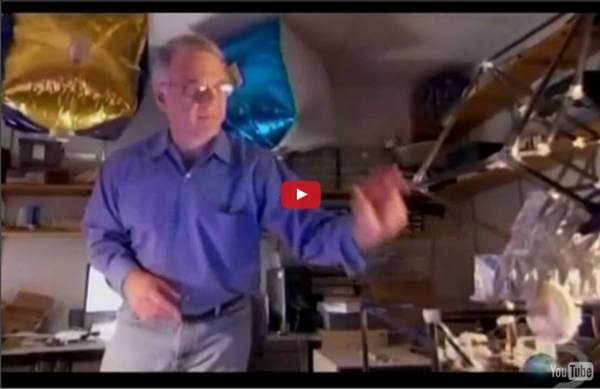 Can we change the future? A scientific view... I was reading this article from 1998 about quantum theory – I know it’s pretty old…, but there was something about it that struck me! It’s maybe also because I’m reading this book that contains a lot of prescience characteristics or just my open mind. So, I decided to put together all this scientific evidence with one scope – Can we change the future? Do we have an influence on our future?

How to Create a Color Palette for Your Website A color palette is the set of colors used in the design and creation of the website. These colors should be chosen carefully because they will not only determine the overall look of your site, but they will help define your brand as well. Most color palettes consist of between two and four colors, not including basic colors such as black and white. If you already have a logo or corporate design, then you may already have a good idea of the colors you wish to include in your website. First, choose a primary color. If you already have a logo, choose the main color of that logo. Google Opens Its Cloud to Crack the Genetic Code of Autism Peter Dazeley/Getty Images Google has spent the past decade-and-a-half perfecting the science of recognizing patterns in the chaos of information on the web. Now it’s applying that expertise to searching for clues to the genetic causes of autism in the vast sea of data contained in the human genome. On Tuesday, autism advocacy group Autism Speaks said it was partnering with Google to sequence the genomes of 10,000 people on the autism spectrum along with their family members. Google will host and index the data for qualified researchers to sift as they hunt for variations in DNA that could hint at autism’s genetic origins. “We believe that the clues to understanding autism lie in that genome,” Rob Ring, Autism Speaks’ chief science officer, told WIRED.

Futurology: The tricky art of knowing what will happen next 23 December 2010Last updated at 02:38 By Finlo Rohrer BBC News Magazine Cheap air travel was among the predictions (illustration from Geoffrey Hoyle's book) A 1972 book which predicts what life would be like in 2010 has been reprinted after attracting a cult following, but how hard is it to tell the future? Geoffrey Hoyle is often asked why he predicted everybody would be wearing jumpsuits by 2010. How to Report Bugs Effectively by Simon Tatham, professional and free-software programmer [ English | Português | 简体中文 | Česky | Dansk | Deutsch | Español | Français | Magyar | Italiano | 日本語 | Nederlands | Polski | Русский | 繁體中文 ] Introduction

NoFlo Development Environment by The Grid Kickstarter Collections Projects We Love Trending Nearly Funded Just Launched Winners of Google Glass to receive product beginning this week Contest winners will start receiving their Google Glass this week but it could take weeks for some to receive it. MOUNTAIN VIEW, Calif. — Google is starting to distribute its new Internet-connected glasses, something seen as the next breakthrough in mobile computing. Google has picked 8,000 people in the U.S. who entered a contest. The winners will have to pay $1,500 apiece for a test version of Google Glass. The company also took an unspecified number of orders from computer programmers. Google said Wednesday it started making the glasses available Tuesday, though it may take weeks for recipients to get them.

Willie Bus Concept Might Change City’s Landscape In The Future Don’t you just love the kind of freedom associated with concepts when they are thought up of without any of the restrictions of the real world? Want to make a concept of a smartphone? That’s easy, assuming you are using some sort of arc reactor equivalent technology that means your smartphone need not be charged throughout its entire lifetime. Well, a certain Tad Orlowski has come up with the Willie bus concept that he hopes will be able to change city landscapes in the future. And how will a humble bus be able to do that, you ask?

Use tmutil to take control of Time Machine in Mountain Lion Time Machine works best when you use it as it's designed: You simply let it run in the background and do its thing, only bothering it when you have to go back and get an old version of a document out. But if you ever want to do anything a little crazy with Time Machine ("adopting" a backup history on a migrated machine, for instance) it can be a little cranky. For those situations, says researcher Simon Heimlicher, there's a cool little Terminal command called "tmutil." The command, which was introduced in OS X 10.7 Lion, allows you to reconnect your computer to older backups if you swap hard drives or upgrade your Mac.

Coding Is Coming To Every Industry You Can Think Of, Time To Start Learning It Now Not every coder job involves working in a blue chip tech company or Silicon Valley startup. As British technologist, Conrad Wolfram said in a TED talk on teaching math with computers: "In the real world math isn’t necessarily done by mathematicians. It’s done by geologists, engineers, biologists, all sorts of different people." 100+ Sites to Download All Sorts of Things These days you can find all sorts of things online, from audio books to flash files, from sound effects to CSS templates. Below we compiled a list with over 100 download sites that serve that purpose. We will also try to keep the list updated, so if your favorite download site is not here, let us know about it with a comment. Audio Books Librivox: One of the most popular audio libraries on the web.

Why Schools Have to Introduce Students to Programming (3 Steps to Get Started) As technology becomes more prevalent, it is more and more important to educate our children in the field of computer science. According to Code.org, 90 percent of U.S. schools are not teaching any computer science in their curriculum. It is estimated that over the next ten years there will be 1.4 million computer science jobs created in the U.S., with only 400,000 qualified professionals to fill them. A shortage of 1 million people in a field that is of such importance to all of us should be a sign that we should start preparing our future for the jobs that we need filled.