Hacker Test: A site to test and learn about web hacking 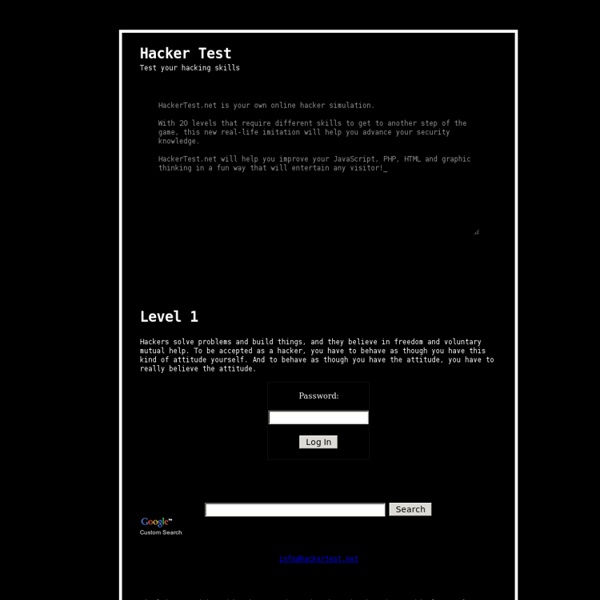 Scratch makes programming like playing with LEGO bricks In the past, many computer journalists have tried to explain advanced concepts such as object-oriented programming by comparing the activity to building applications by connecting smaller components in the same way a child assembles LEGO bricks. While early object-oriented programming environments such as Smalltalk were originally intended for children, the reality of programming never quite lived up to the simplicity of the LEGO model. That has all changed now with Scratch, a project developed by Mitchel Resnick and his associates at MIT's Lifelong Kindergarten research group. The group, recently noted by The Chronicle of Higher Education, was previously responsible for creating the popular LEGO Mindstorms series of programmable robotics kits. The designers were inspired to create Scratch because of the difficulties involved in teaching programming to young children—Scratch is designed for kids aged eight and up. The Scratch user interface.