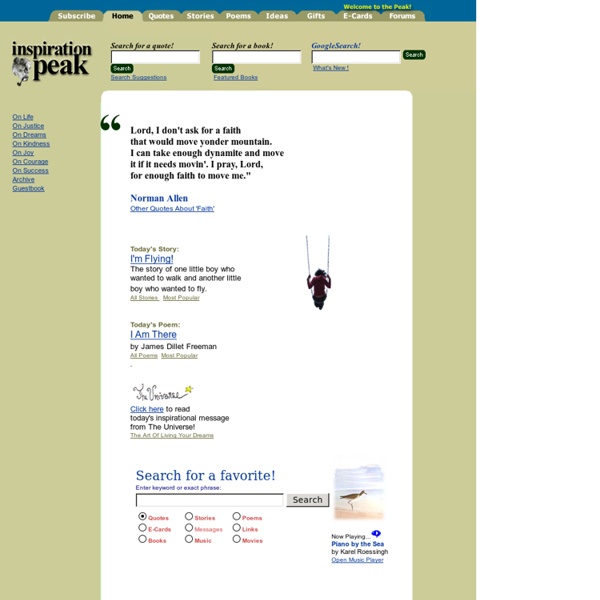 50 Things You Need To Give Up Today When you stop chasing the wrong things, you give the right things a chance to catch you. So starting today… Give up trying to be perfect. – The real world doesn’t reward perfectionists, it rewards people who get things done. Read Getting Things Done.Give up comparing yourself to others. – The only person you are competing against is yourself.Give up dwelling on the past or worrying too much about the future. – Right now is the only moment guaranteed to you. Right now is life. Don’t miss it.Give up complaining. – Do something about it.Give up holding grudges. – Grudges are a waste of perfect happiness.Give up waiting. – What we don’t start today won’t be finished by tomorrow. And remember, mistakes make us human, failures help us grow, hope keeps us going and love is the reason we’re alive. Photo by: Ai-lueh Chen Related 60 Empowering Quotes to Help You Get Things Done July 27, 2012 In "Aspirations" 10 Things You Must Give Up to Be Successful June 4, 2012 30 Things to Start Doing for Yourself

Motivational Quotes Wayne Dyer Quotes For great quotes search ~LOVE~ LIKE MINED PEOPLE"Choose to align yourself with people who are like-minded in their search for simplified inspiration. Give those who find fault or who are confrontational a silent blessing and remove yourself from their energy as quickly as possible. Your life is simplified enormously when you don't have to defend yourself to anyone, and when you receive support rather than criticism WHERE PEACE LIVES"When your higher self is present, it always promotes peace. INNER CALLING"Regardless of how absurd your inner callings might seem, they're authentically yours. THE POWER OF PEACE"A mind at peace, a mind centered and not focused on harming others, is stronger than any physical force in the universe." TUNE INTO YOUR ABUNDANCE"Abundance is not something we acquire. BE LABEL FREE‎"Examine the labels you apply to yourself. HARMONY"‎Positive thoughts keep you in Harmony with the Universe." BLAME"All blame is a waste of time. [3]Retreat from low-energy substance.

29 Ways to Beat Procrastination Once and For All We all procrastinate. Sometimes it’s not a bad thing, but it can turn into something evil and nasty if we aren’t careful. Try these procrastination beating techniques to destroy this deadly foe once and for all. 1. Get up and move One of the best ways to “change the channel” of procrastination is to change your scenery. 2. Setup a daily (or hourly) reminder that you should be working on something or at least not wasting your time (unless you have time to waste). 3. There is nothing like having someone on your side when it comes to making your goals a reality. 4. You can do this with people around you or even with your motivation buddy above. 5. No matter what it is. 6. The nicest part about waking up early is that it is quiet and still. 7. You can’t wake up early and work if you don’t get to sleep early. 8. Sometimes we see how big a mess is in our lives and rather than do anything about it, we procrastinate. 9. Sitting in front of your TV isn’t a good thing (all the time). 10. 11. 12.

Images | Top Most Loved All Categories Last 7 Days Stanley Kubrick Answers a Question: Zen Pencils Growth isn’t linear Today’s society ‘The power of small, good deeds’ by meerkatdebs (imgur) Top 5 Regrets Of The Dying Comic About Happiness — This genuinely brought tears to my eye… Sometimes family gatherings are the truest test of one’s equanimity… I hate small talk My brain is melting… This is the new Urban “We Must Do Away With the Specious Notion…” — Buckminster Fuller Einstein on the “cosmic religion” Hierarchy of Possession Questions Nietzsche Remembrance Day 123102030Next 10 incredible iPad apps for education Learning is rarely fun; it’s even less fun when being taught within the confines of a lecture hall or classroom. While this may be true, there’s no reason why you can’t make the process more entertaining and challenging. The tablet market has paved the way for educational resources in the form of slick, new apps, with text-books now being replaced by online downloadable versions of themselves. Evernote It seems wherever you look nowadays, there’s Evernote. ➤ Evernote Price: Free Paper Winner at the 2012 Apple Design Awards for Best iPad app, Paper has taken creativity of app development to new heights. ➤ Paper Goodreader You could be forgiven for thinking Goodreader as just as a PDF reader for the iPad. Price: $4.99 Bamboo Paper – Notebook Famous for its pen graphic tablets, Wacom’s first foray into the app market is quite an impressive one. ➤ Bamboo Paper – Notebook iA Writer ➤ iA Writer Price: $0.99

SHIVALOKA | World's Finest Sacred Jewelry The Chronicles of Narnia Why did one find it so hard to feel as one was told one ought to feel about God or about the sufferings of Christ? ... An obligation to feel can freeze feelings... The Chronicles of Narnia is a series of seven children's books written by C.S. Lewis. The Chronicles[edit] The Lion, the Witch and the Wardrobe (1950)[edit] For the 2005 movie, see The Chronicles of Narnia: The Lion, the Witch and the Wardrobe Though the Witch knew the Deep Magic, there is a magic deeper still which she did not know... "By the Lion's Mane, a strange device," said King Peter, "to set a lantern here where the trees cluster so thick about it and so high above it that if it were lit it should give light to no man! Once a King or Queen in Narnia, always a King or Queen. My Dear Lucy,I wrote this story for you, but when I began it I had not realized that girls grow quicker than books. Prince Caspian (1951)[edit] Who believes in Aslan nowadays? For the 2008 movie, see The Chronicles of Narnia: Prince Caspian

C.S. Lewis Biography C.S. Lewis was a prolific Irish writer and scholar best known for his Chronicles of Narnia fantasy series as well as his pro-Christian texts. Synopsis Born on November 29, 1898, in Belfast Ireland, C.S. Early Life Author Clive Staples Lewis was born in Belfast, Ireland, on November 29, 1898, to Flora August Hamilton Lewis and Albert J. Lewis's mother died when he was 10, and he went on to receive his pre-college education at boarding schools and from a tutor. Teaching Career and Wartime Broadcasts Lewis graduated from Oxford University with a focus on literature and classic philosophy, and in 1925 was awarded a fellowship teaching position at Magdalen College, which was part of the university. Lewis began publishing work in the mid-1920s with his first book, the satirical Dymer (1926). 'The Chronicles of Narnia' Though the book received some negative reviews, general readers took to the story in a big way. Marriage and Later Life Literary and Film Legacies