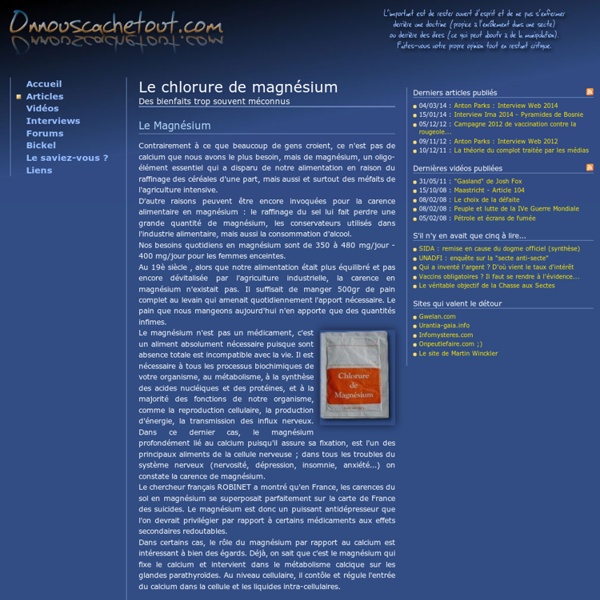 Integrating the Traditional Chinese Understanding of the Kidneys into Western Herbalism - East West School of Herbology - Come study with Michael Tierra Dr. Michael Tierra L.AC., O.M.D. Introduction That Traditional Chinese Medicine (TCM) is a complete system of primary health care is obvious to those who have devoted years in its study. However, for many who might appreciate a deeper understanding of its theories and principles, especially as it applies to the maintenance of health and the cure of disease, it would be useful to correlate as best as possible the relationship between the profound concepts of TCM with what is known and can be corroborated from Western physiology. From this we may be able to arrive at a better understanding of how certain herbs and and even Western drug medicines exert their therapeutic effects.

Effective Mosquito Repellent for Outdoor Areas Shop by Product Shop by Activity Repels Mosquitos and Other Flying Insects Protects a 15 x 15-Foot Area Easy to Use — No Candle and No Open Flame Canadian Researchers Obtain A Simple Cure For Cancer, But Major Pharmaceutical Corporations Aren’t Interested EDMONTON, CANADA, May 14, 2011 /NewsRelease/ - Canadian scientists tested dichloroacetate (DCA) on human’s cells; it killed lung, breast and brain cancer cells and left the healthy cells alone. It was tested on Rats inflicted with severe tumors; their cells shrank once they were fed with water supplemented with DCA. The drug is widely available and is easy to use, so why the major drug companies aren’t involved?

The four steps to getting more vitamin D to prevent cancer, osteoporosis, depression and more After years of denying the health benefits of sunlight, conventional researchers are finally starting to recognize the important role that ultraviolet light plays in human health. Getting sunlight on your skin, research now shows, is extremely important for preventing and even reversing chronic diseases. I'm talking about prostate cancer, breast cancer, cervical cancer, mental depression, osteoporosis and even, to some extent, type 2 diabetes. The interactions between sunlight and body chemistry for these diseases are quite complex, and I'm not going to go into them all here, but let me give you the highlights.

Cancer is A Fungus... and It Is Curable by David Icke Spanish version from DavidIcke Website The figures are fantastic. Diet & Dumbbells: Supplement Reviews Big Time by Precision Sport Supplements When it comes to gaining weight/mass/muscle a lot of people would much prefer their gainer to make them 10lbs heavier than 10lbs fatter. When buying a gainer you really have to spin it around, look at the label, and ask yourself where all the calories in this gainer are coming from.The 3 key elements that make a gainer what it is are sustained proteins, carbohydrates and fats. Carbs are without a doubt essential to a weight gainer but it is a lot cheaper for the company to add 10 times the amount of carbs than protein, so a well balanced ratio on a gainer is key.When comparing a product like Big Time to other heavy (1000 calories) gainers you have to make note that it is almost right in the middle of what a heavy gainer and a lean gainer would be.

Tips and Tricks to go Shampoo-free My hair is thicker, shinnier, and healthier than it ever has been now that I’ve gone shampoo free! I stopped using shampoo, conditioner, and any other test tube-made product on my hair a month ago. Now I only use baking soda and vinegar, and my hair is thicker, shinier, has stopped falling out, and stays cleaner longer than it ever has in my entire life. 50 Life Secrets and Tips Memorize something everyday.Not only will this leave your brain sharp and your memory functioning, you will also have a huge library of quotes to bust out at any moment. Poetry, sayings and philosophies are your best options.Constantly try to reduce your attachment to possessions.Those who are heavy-set with material desires will have a lot of trouble when their things are taken away from them or lost. Possessions do end up owning you, not the other way around.

Tide turns against TB For the first time ever, according to the WHO, the killer disease tuberculosis is on the decline as the number of cases registered has dropped by 200,000 in a five-year period. That is the good news. The bad news is that in the global crisis when there is money to spend on missiles and bombs, under-funding might make the celebrations short-lived. The revelations come in the World Health Organization's 2011 Global Tuberculosis Control Report, which shows that the number of people who fell ill with TB dropped from a peak of nine million in 2005 to 8.8 million in 2010. The number of deaths through TB also fell from 1.8 million in 2003 to 1.4 million in 2010. The report also shows that between 1990 and 2010, the death rate from Tuberculosis dropped by 40 per cent and that by 2015, all regions (except Africa) should reach their targets of a 50 per cent decline in TB mortality rates by 2015 (part of the Millennium Development Goals).