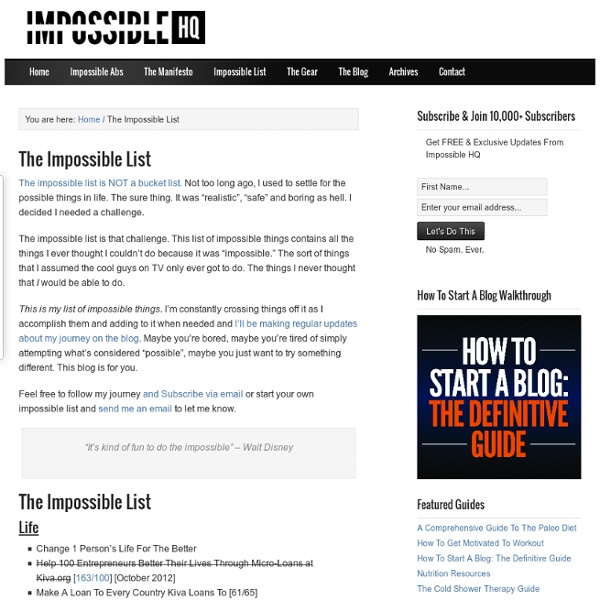 Related:  Me (Not That You Really Care)

8 Reasons Young Americans Don't Fight Back: How the US Crushed Youth Resistance The ruling elite has created social institutions that have subdued young Americans and broken their spirit of resistance.Bruce E. LevineAlterNet Traditionally, young people have energized democratic movements. So it is a major coup for the ruling elite to have created societal institutions that have subdued young Americans and broken their spirit of resistance to domination. Young Americans—even more so than older Americans—appear to have acquiesced to the idea that the corporatocracy can completely screw them and that they are helpless to do anything about it. A 2010 Gallup poll asked Americans “Do you think the Social Security system will be able to pay you a benefit when you retire?” How exactly has American society subdued young Americans? 1. Today in the United States, two-thirds of graduating seniors at four-year colleges have student-loan debt, including over 62 percent of public university graduates. 2. 3. 4. 5. 6. 7. 8.

Year in Review: The 15 Best Foreign Films of 2009 Martyrs* (Pascal Laugier, France) This brutal, bloody, and occasionally terrifying movie also made Robert Fure’s Best Horror list, and it most definitely deserves the honor. A young girl is traumatized and grows up thirsty for revenge. But is she targeting the right people? And who’s the razor-wielding woman haunting her every night? The ending loses a bit of steam with a questionable revelation, but the movie rocks in spite of it. Mother (Bong Joon-ho, South Korea) After the spectacle of his blockbuster monster movie The Host, Joon-ho scales it back and returns to the dark and moody procedural territory of his best film to date, Memories of Murder. Ong Bak 2* (Tony Jaa, Thailand) Film School Rejects called this the greatest martial arts film ever, and while I myself prefer to avoid the hyperbole I will agree that it comes pretty damn close. Pontypool* (Bruce McDonald, Canada) Who would have thought Canada would be the ones to bring an original spin to the zombie genre?

Independent Soul. Your result for The Golden Compass Daemon Test ... You are calm and logical, but not unemotional. You are an introvert, at heart, preferring to read alone than be subjected to the crush and noise of a big party or bar. You have a few friends and family, whose presence you welcome - to a point. You are comfortable with yourself, and reasonably confident. You are a good and sympathetic listener, and are aware of your friend's emotional states. While you are not afraid of conflict, you do not seek it, either. Your daemon's form would represent your calm, introverted nature, your cool logic, and your impatience with crowds of people. Suggested forms: Peregrine Falcon, Snowy Owl, Snow Leopard, Siberian Tiger, Osprey.

Watch Documentries Online. | Promote Documentary Films. Promote Consciousness. Promote Humanity | Culture Unplugged Online Film Festival Spiritual Dimensions of Sustainable Development When we think of development, we usually think first of economic development to meet material needs, measured perhaps through growth in the Gross Nati... Buddhist Economics Originally published online by the New Economics Institute.Right Livelihood is one of the requirements of the Buddha’s Noble Eightfold Path. It is c... Discovering the Living Universe: Scientific Spirituality for a Global Family The ancient Greek word for science was philosophy -- philos sophias, lover of wisdom. These days everyone seems to be a film-maker. Multi-Faceted Soul Your result for The Golden Compass Daemon Test ... In a way, you are a truly balanced person. You have a good sense of self, but you have periods of worry and self doubt. You tend to adapt yourself to match the situations in which you find yourself. Your daemon would represent your multi-faceted and ever-changing personality, as well as people's tendency to idealize you. Suggested forms: Swan, Elephant, Koala, Panda, Chameleon, Wolf.

Top 6 Sites that Inspire and Educate If you’re a professional who likes to be intellectually stimulated and you enjoy keeping up with the latest news and breaking trends, the internet provides you with an endless choice of carefully curated sites to visit. Today, we bring you six of them that we believe are leaps and bounds above the rest. These sites will not only educate you on topics ranging from business and technology to art and design, they’ll motivate you to find your own, original ideas and see them through. They’re culturally relevant, they’re idea driven and most of all, they’re deeply inspirational. TED is short for three incredibly important subjects in our modern world; technology, entertainment and design. Tip: Download TED’s free iPad app to browse through 800 videos by date, popularity or keyword. 2. Brain Pickings started from very humble beginnings. Tip: With over 63K Twitter followers, Brainpicker has a strong audience…and for good reason. 4. 5.

Gruff Soul Your result for The Golden Compass Daemon Test ... You are a bold and fearless person, with a strong sense of self. People, especially people who don't know you well, might think that you are unfeeling or callous, but your loved ones know that you are a loyal and fierce friend. Your loyalty does not come easily, though. People need to earn your affection and respect. You like to be with your favourite people, but you don't have much patience for the rest of humanity. Your daemon's form would represent your clannish, loyal nature, your self confidence and your aggressive, joking exterior. Suggested form: Hyena, Coati, Maned Wolf, Raven, Dingo.

Related:
Related:  Me (Not That You Really Care)