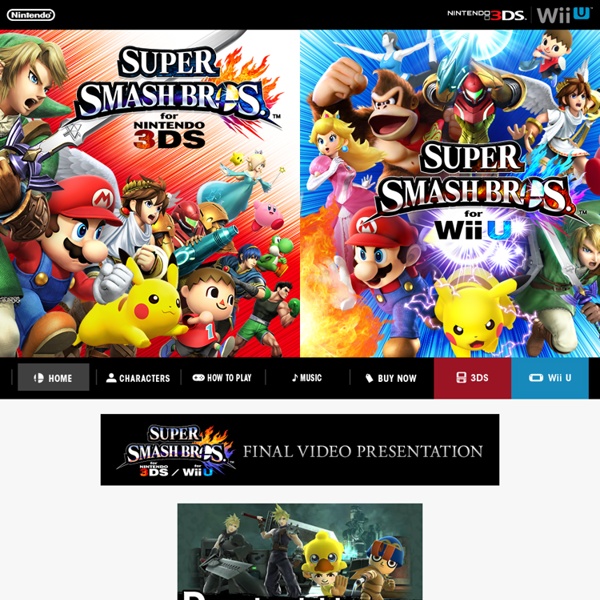 Black hole glitch - Smashpedia, the Super Smash Bros. wiki. The black hole glitch is a glitch in Melee that causes several of Peach's turnips to become stuck in a small area. If a character touches the concentrated turnips, they will receive massive damage in seconds. The glitch was discovered by Aftermath and Juce in late 2004. Super Smash Bros. Gameplay[edit] The Super Smash Bros. series is a departure from many fighting games; instead of winning by depleting an opponent's life bar, Smash Bros. players seek to knock opposing characters off a stage. Each player has a damage total, represented by a percentage, which rises as damage is taken and can exceed 100%, with a maximum damage of 999%. As this percentage rises, the character can be knocked progressively farther by an opponent's attacks. While games such as Street Fighter and Tekken require players to memorize relatively lengthy and complicated button-input combinations often specific to only a particular character, Super Smash Bros. uses the same control combinations to access all moves for all characters.[9] Characters are additionally not limited to only facing opponents, instead being allowed to run around freely on the stage.

Metroid Prime Music Metroid Prime marked a new style of music for the Metroid series, dominated by electronic scores and X-Files-esque whistling, a style requested by the Retro Studios staff. A departure from the orchestral score of Super Metroid, Metroid Prime redefined the series musically as a mysterious confluence of technology, civilization, and nature. The soundtrack was composed by Kenji Yamamoto with assistance by Kyoichi Kyuma. 2002 also saw Kenji Yamamoto work on Metroid Fusion, making it a busy year for the man who defined the music of Metroid for over a decade. Both soundtracks were released in a single album. Unfortunately, Metroid Prime's soundtrack contains many noticeable audio bugs (clicks, reverb), a result of poor mastering. Thankfully, Prime Blue remastered the soundtrack, removing the blemishes to create the clean audio heard below, making this the definitive version of the soundtrack.

The latest news and emerging trends in music Mass Appeal Records' Fashawn tells us about his new album, working with Nas, and lists his favorite skaters. The ad has become a viral sensation. According to Brockhampton: "We chose to go against the grain for the sake of keeping our dreams alive." The Legend of Zelda: Skyward Sword If the Wii had launched with The Legend of Zelda: Skyward Sword, everything would have been different. Instead, the console launched with The Legend of Zelda: Twilight Princess, a game that sent all the wrong messages to third parties on how to create a successful Wii game. Twilight Princess sometimes utilized the Wii Remote in cool ways (like pointer aiming) but also tacked on motion control in unnecessary ways (like sword swinging), giving the illusion of added functionality while adding little to the gameplay. The game looked great by GameCube-era standards but did nothing to exploit the increased power of the Wii and/or work around the console's technical limitations by going with a less realism-focused art style. Despite all this, the game was a huge hit, signaling to third parties that the cheapest, most effective way to make a successful Wii game was to make and/or port a standard PS2/Xbox/GameCube-era title and tack on some motion controls.

GTA V - Digital media, games & play - Digital media, games & play Initially, GTA V mostly just annoyed me. Annoying characters, annoying gameplay, just annyoing. I don’t care much for driving around, waiting for something to happen, and I had absolutely no interest in the characters. I found the light (yes, the actual light) in the game world to be awfully pretty, though. I don’t know exactly when it happened, but at some point, I started to care.

Music News / Page 805 / Silent Uproar Tom Morello and Serj Tankian take time away from their day jobs (guitarist for Audioslave and singer for System of a Down if you've been living in a bunker) to tape a radio show at Burbank, California's KPFK as an extension of Axis of Justice, the social justice organization that Morello and Tankian founded. You can hear it in LA on KPFX on the third Friday of every month, as well as nationally on XM Live radio and archived on both the KPFK and Axis of Justice Web sites. Read more about the playlists and whatnot here.

Super Smash Bros. for Nintendo 3DS Super Smash Bros. and I go back a long way. When the first game was released in 1999, I didn't drive. Heck, I didn't even have a Nintendo 64 at that time. But I had a Smash Bros. addiction, and would spend hours upon hours at friends' houses, often staging sleepovers just so we could play more. It was probably the first game I ever put over a thousand hours into. Black Ops II Wiki — Official tag line The link to the Call of Duty: Black Ops II website was also granted access to the public to coincide with the world reveal during the NBA basketball playoffs. Story The story takes place across two separate arcs, one recounting events in the 1980s, and the other following characters in the year 2025.[4] Plot

Logan Niblock 2: Tumblr Harder Anonymous asked: If you do more tutorials maybe poses? lomonte: How to do better poses: Super Smash Bros for Wii U review: crazy eights Super Smash Bros. for Wii U is, hands-down, the best game in the franchise's history, and for reasons you probably wouldn't expect. It's got everything you could want from a Smash title. It's enormously content-rich, with more characters, customization options and ways to play than previous series entries have approached.

Piepants Animation Director / Animator / Filmmaker Hi! I’m Peter Lowey, I make 2D Animations and short films. I'm a self-taught animator since I was around 7 years old when I first knew I wanted to be an animator and tell stories.