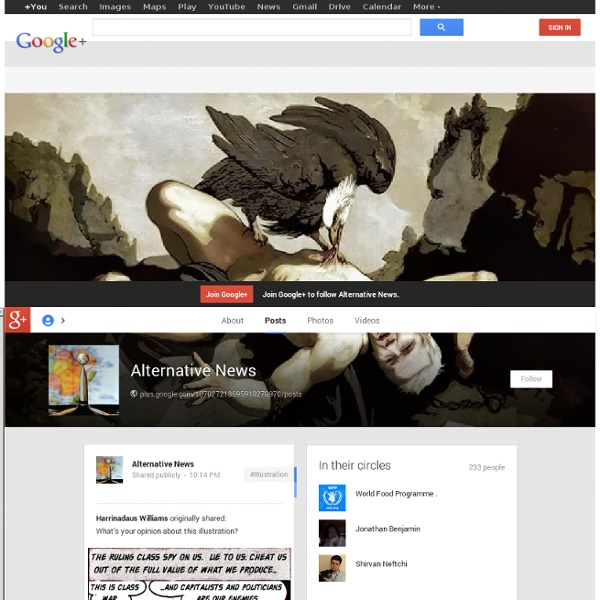 15 Astounding Facts Funny This is a selection of some of the most astounding facts. For example, did you know that Starbuck spends more on health insurance for its employees than on coffee beans? Found this on Nedhardy. 15 Easily Avoidable Annoyances Posted Jan 30, by Val Liarikos Locking your keys in the car Missing the pan Tangled Christmas lights Being this guy

Weird & Unbelievable Facts New research published in Live Science [1] claimed that the humans have been predominantly right-handed for over 500,000 years, however, left-handed people make up 10 percent of the population, undoubtedly making them the odd ones out. There has been lots of research into why some people prefer … READ MORE Whether it’s leading countries, being part of a creative community or just wanting to experiment – at some point, some of the most famous names in history have tried or been addicted to drugs of some kind. Here’s the round-up of the most brilliant minds in history … READ MORE We all had that one weird kid in our class or that one friend who is so different that he stands out like a sore thumb. Yes, they might be an alien or you have simply been friends with someone who is going to be a very … READ MORE

The 7 Most Badass Acts of Vandalism Ever Photographed NOTE: Everything in this article is against the law. If you do it, you will go to jail or something. Most of us think of graffiti as an urban art relegated to back alleys, rap album covers and all of New York City in the 1980s. Why Do We Want To Squeeze Cute Things? Seeing something cute actually does bring out aggression in us, according to a paper presented at Society for Personality and Social Psychology's annual meeting in New Orleans last Friday. Researchers found 109 people to look at pictures of animals -- cute, funny and "neutral" photos of fluffy, fluffy puppies. The lucky participants then rated how they felt about the pictures: whether they agreed with the statement like "I just can't handle it!" (or perhaps "It's so fluffy I want to die!" whether they made them want to squeeze something or whether they were suddenly seized with the impulse to say something like "grr!"

8 Children's Movies Studios Don't Have the Balls to Make For my day job, I work for a major feature animation studio, and one of their coolest and most dangerous policies is that any employee can submit a pitch for a movie idea. They're looking for what they call in the biz four-quadrant movies, or what you would think of as "family" movies: Something with enough wit or thrills to keep adults interested, but doesn't involve penis jokes or disembowelment. I've come up with quite a few ideas that were all unfortunately rejected. Not by management, technically, as I wasn't able to get as far as submitting them, but by my co-workers, who physically prevented me from hitting the "submit" button on the computer.

The Da Vinci Code The novel is part of the exploration of alternative religious history, the central plot point of which is that the Merovingian kings of France were descended from the bloodline of Jesus Christ and Mary Magdalene, ideas derived from Clive Prince's The Templar Revelation (1997) and books by Margaret Starbird. The book also refers to The Holy Blood and the Holy Grail (1982) though Dan Brown has stated that it was not used as research material. Plot summary[edit] A police cryptographer, Sophie Neveu secretly explains to Langdon she is Saunière's estranged granddaughter, and that Fache thinks Langdon is the murderer, because of the note her grandfather left saying to "find Robert Langdon," which she says Fache had erased prior to Langdon's arrival.

10 Torturous Methods of Execution Browse Categories Webmaster Login Webmaster Sign Up Tantalizing Tiffany TothTiffany Toth was born and raised in Southern California. Top 10 Amazing Lost Or Suppressed Inventions Technology This list looks at some amazing past inventions that have been lost. Some may be cause for skepticism but almost all of the items here are things that we would definitely love to understand better today. Keep an open mind as some entries are famous for their part in conspiracy theories. Quickfix Archive Over the past few weeks, several major fast food chains have introduced new and visually disgusting additions to their morning menus, prompting what experts are calling the "breakfast wars." Why? Because apparently there is $10 billion to be made off of Americans who can't crack their own eggs in the morning.

6 Bullshit Facts About Psychology That Everyone Believes Psychology is one of those subjects that everybody likes to think they know something about. We love to go around diagnosing our friends and co-workers, both to make sense of the world and to make ourselves feel like we're smarter than they are. But like any science that makes its way into the pop culture, a lot of the "common sense" statements we hear every day are so wrong that they border on raving idiocy. Such as...