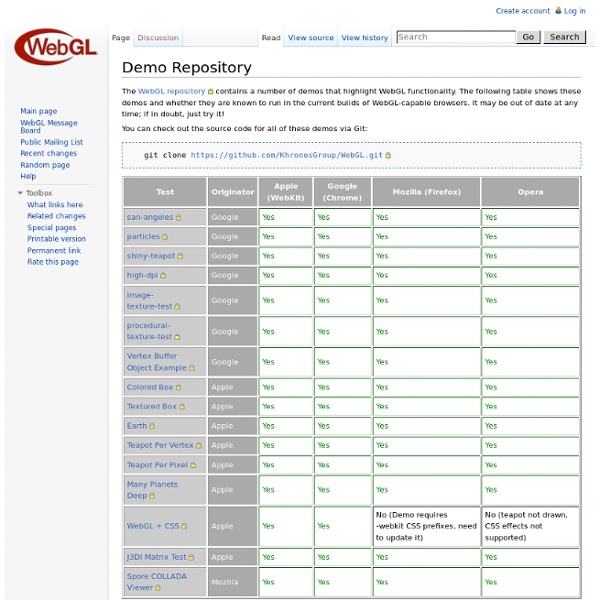 10 fascinantes experimentos en JavaScript y HTML5 para hacer en tu navegador en Bitelia (Destacadas) Strange plants of Socotra Island Imagine waking up on the Socotra Island < > and taking a good look around you. After a yelp of disbelief, you'd be inclined to think you were transported to another planet - or traveled to another era of Earth's history. The second would be closer to the truth for this island, which is part of a group of four islands, has been geographically isolated from mainland Africa for the last 6 or 7 million years. Like the Galapagos Islands, this island is teeming with 700 extremely rare species of flora and fauna, a full 1/3 of which are endemic, i.e. found nowhere else on Earth. The climate is harsh, hot, and dry, and yet - the most amazing plant life thrives there. The name Socotra is derived from a Sanskrit name, meaning "The Island of Bliss"... Was the famous Chtulhu myths creator aware of these forbidding mountains with their hauntingly weird flora (think of plant mutations from his "The Colour Out of Space")?

WebGL - OpenGL ES 2.0 for the Web The Khronos Group - Connecting Software to Silicon The Khronos Group is a not for profit industry consortium creating open standards for the authoring and acceleration of parallel computing, graphics, dynamic media, computer vision and sensor processing on a wide variety of platforms and devices. All Khronos members are able to contribute to the development of Khronos API specifications, are empowered to vote at various stages before public deployment, and are able to accelerate the delivery of their cutting-edge 3D platforms and applications through early access to specification drafts and conformance tests. OpenGL - The Industry Standard for High Performance Graphics OpenGL® is the most widely adopted 2D and 3D graphics API in the industry, bringing thousands of applications to a wide variety of computer platforms. OpenCL - The open standard for parallel programming of heterogeneous systems OpenGL ES - The Standard for Embedded 3D Graphics EGL - Native Platform Interface

quake2-gwt-port - Project Hosting on Google Code Quake II and the Quake logo are trademarks of id Software. The Quake II GWT port brings the 3d gaming experience of Quake II to the browser. In the port, we use WebGL, the Canvas API, HTML 5 <audio> elements, the local storage API, and WebSockets to demonstrate the possibilities of pure web applications in modern browsers such as Safari and Chrome. The port is based on the Jake2 project, compiled to Javascript using the Google Web Toolkit (GWT). Jake 2 is a Java port of the original Quake II source code, which was open sourced by id software. To make the Jake 2 code work with GWT, we have Created a new WebGL based renderer Ported the network layer for multiplayer games from UDP to the WebSocket API Made all resource loading calls asynchronous Created a GWT implementation of Java nio buffers based on WebGL arrays (to be ported to ECMAScript Typed Arrays) Implemented a simple file system emulation for saving games and preferences using the Web Storage API News Links Thanks More background Video

SpaceWeather.com -- News and information about meteor showers, solar flares, auroras, and near-Earth asteroids WebGL Design[edit] Like OpenGL ES 2.0, WebGL does not have the fixed-function APIs introduced in OpenGL 1.0 and deprecated in OpenGL 3.0. This functionality can instead be provided by the user in the JavaScript code space. Shaders in WebGL are expressed directly in GLSL. History[edit] WebGL evolved out of the Canvas 3D experiments started by Vladimir Vukićević at Mozilla. In early 2009, the non-profit technology consortium Khronos Group started the WebGL Working Group, with initial participation from Apple, Google, Mozilla, Opera, and others.[4][8] Version 1.0 of the WebGL specification was released March 2011.[1] As of March 2012, the chair of the working group is Ken Russell. Early applications of WebGL include Google Maps and Zygote Body.[9][10] More recently[when?] Development of the WebGL 2 specification started in 2013.[12] This specification is based on OpenGL ES 3.0. Support[edit] WebGL is widely supported in modern browsers. Desktop browsers[edit] Mobile browsers[edit] Security[edit]

PSFK - Inspiring Creative Business ValueClick Media ValueClick Media has united with Commission Junction, Greystripe, Mediaplex and Dotomi to form Conversant. We’ve invested over a billion dollars to create the first comprehensive personalized marketing platform that ignites engagement, drives sales and increases ROI. It’s true one-to-one marketing at scale – and it’s driving an average of 5.1 million sales per day for some of the world’s best brands. Read the press release › If you’re already a valued client, relax! Nothing has changed about the way we work with you. So, let’s keep the conversation going...

25 must-see examples of kinetic typography | Typography Kinetic typography can come in all shapes and forms. Whether it's a homage to a famous movie speech or song or an exploration of the typography itself, these creations are a feast for the eyes. Here, we've picked our favourite kinetic typography animations including music videos, movie tributes and more... 01. This masterpiece was, unbelievably, a graudation project created by graphic designer Thibault de Fournas. 02. Ad agency YCN Studio recently collaborated with LA-based production company Buck on this powerful animation, which encourages children to talk about and report sexual abuse. The video promotes the services of UK-based, confidential, free, 24-hour counselling service for children, Childline. 03. American TV show Breaking Bad has won multiple awards since it first aired back in 2008. Graphic designer, illustrator and animator Paul Cooper decided to pay homage to the infamous scene using kinetic typography. 04. 05. 06. 07. 08. 09. 10.