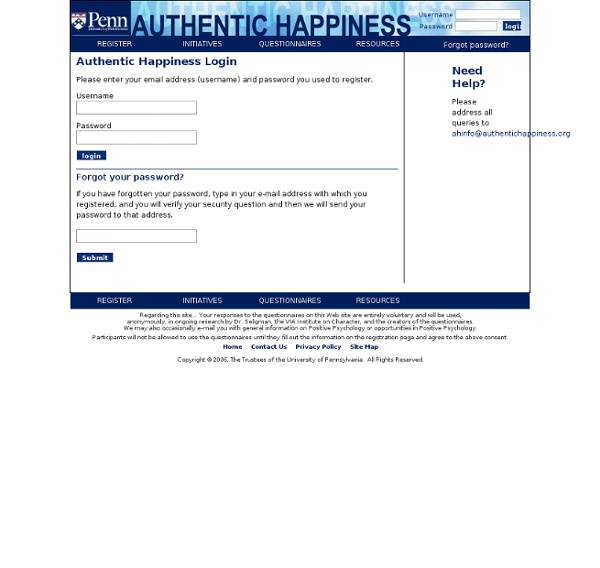 :: Authentic Happiness :: Using the new Positive Psychology Unexcited? There May Be a Pill for That The pills were either a placebo or a new drug called Lybrido, created to stoke sexual desire in women. Checking her computer, Miller pointed out gently that Linneah hadn’t been doing her duty as a study participant. Over the past eight weeks, she took the tablets before she planned to have sex, and for every time she put a pill on her tongue, she was supposed to make an entry in her online diary about her level of lust. “I know, I know,” Linneah said. She is a 44-year-old part-time elementary-school teacher, and that day she wore red pants and a canary yellow scarf. (She asked that only a nickname be used to protect her privacy.) Miller, a study coordinator, began a short interview, typing Linneah’s replies into a database that the medication’s Dutch inventor, Adriaan Tuiten, will present to the Food and Drug Administration this summer or fall as part of his campaign to win the agency’s approval and begin marketing what might become the first female-desire drug in America. “Low.” “Yes.”

THE ECONOMICS OF HIGH-END PROSTITUTES PLASTIC FLOWERS AND MAWKISH SENTIMENTALITY | April 17th 2008 Lee Jordan/flickr The BBC is a national institution, supported by public funds. It has a duty to deliver public-service information. Special to MORE INTELLIGENT LIFE Last Sunday wasn't the most eventful one in world history. So what does the British Broadcasting Corporation pick on to lead its evening television news? Minute after minute--four or five, I'd guess, in a 20-minute bulletin--the report drags on, complete with (justifiably) sorrowing parents, the usual tributes (equally justified, let us trust) and the plastered-on solemnity of journalistic grief in which the BBC is now so expert. And this is the editorial judgment of a once-serious broadcasting organisation, still the premier news-gatherer in the land! If all this were an aberration on a news-thin Sunday, it wouldn't deserve comment. Now fair enough, people like me aren't the main audience that the BBC has to please. The BBC thinks it is.

Researchers create car that can be steered by thought The case for outlawing the practice of talking on cell phones while driving got a boost from the latest breakthrough from the innovation labs of Freie Universität Berlin. German scientists working there have installed a car with new technology that can read the driver's brain waves, thus allowing the car to be steered entirely by thought, reports Science Daily. Needless to say, you probably don't want to be distracted while driving this vehicle. The technology is made possible by commercially available sensors for recording electroencephalograms (EEGs), which are basically the electrical outputs your brain produces while it thinks. Of course, this training couldn't have been done while out on the open road without being a hazard, so the scientists also created a virtual computer program more appropriate for the task. Once the training was complete, it was time to take it out for a spin in the real world. Also on MNN:

What Is the Memory Capacity of the Human Brain? Can an old head injury suddenly cause detrimental effects much later in life? —Anonymous, via e-mail Douglas Smith, professor of neurosurgery and director of the Center for Brain Injury and Repair at the University of Pennsylvania, answers: ALTHOUGH A BRAIN INJURY from a car accident or a collision during a football game often seems to cause a sudden change to cognitive ability years later, this change does not just appear out of the blue—the damage has been building up slowly, unnoticed, over time. Postinjury, the progressive brain deterioration that may occur likely reaches a tipping point, after which the loss of function “suddenly” becomes obvious. Depending on the type and severity of the traumatic brain injury (TBI), it can accelerate memory loss or increase a person’s chance of succumbing to Alzheimer’s disease. TBI commonly damages nerve fibers in the brain called axons. What is the memory capacity of the human brain? "MR. The human brain consists of about one billion neurons.

Born to Learn ~ You are Born to Learn Nootropic Nootropics (/noʊ.əˈtrɒpɨks/ noh-ə-TROP-iks), also referred to as smart drugs, memory enhancers, neuro enhancers, cognitive enhancers, and intelligence enhancers, are drugs, supplements, nutraceuticals, and functional foods that improve one or more aspects of mental function, such as working memory, motivation, and attention.[1][2] The word nootropic was coined in 1972 by the Romanian Dr. Corneliu E. Giurgea,[3][4] derived from the Greek words νους nous, or "mind", and τρέπειν trepein meaning to bend or turn.[5] Availability and prevalence[edit] At present, there are only a few drugs which have been shown to improve some aspect of cognition in medical reviews. These drugs are purportedly used primarily to treat cognitive or motor function difficulties attributable to such disorders as Alzheimer's disease, Parkinson's disease, Huntington's disease and ADHD. Academic use[edit] Several factors positively and negatively influence the use of drugs to increase cognitive performance. Drugs[edit]

Piracetam Piracetam (sold under many brand names) is a medication in the racetams group, with chemical name 2-oxo-1-pyrrolidine acetamide. It is approved in the United Kingdom[2] but is not approved in the United States.[3][4] In the UK, piracetam is prescribed mainly for myoclonus,[5] but is used off-label for other conditions. Evidence to support its use for many conditions is unclear, although it is marketed as a nootropic (cognitive enhancer). It shares the same 2-oxo-pyrrolidone base structure with pyroglutamic acid. Medical uses[edit] Dementia[edit] A 2001 Cochrane review concluded that there was not enough evidence to support piracetam for dementia or cognitive problems.[7] A 2002 review and 2005 review concluded that piracetam had some positive effects in older patients with these problems.[8][9] In 2008, a working group of the British Academy of Medical Sciences noted that many of the trials of piracetam for dementia were flawed.[10][11] Depression and anxiety[edit] Other[edit] History[edit]