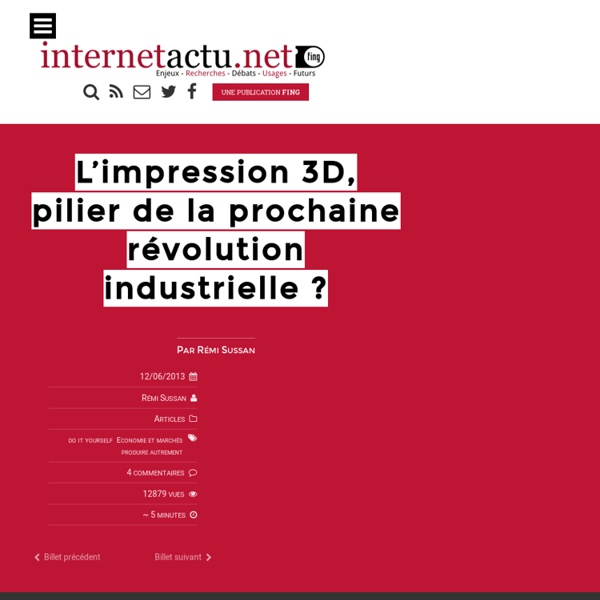 The Achilles’ Heel of 3D Printing We think we know what makes things expensive to make We’ve all got a surprisingly clear idea of exactly what it is that makes something really difficult and hideously expensive to produce: serious complexity. The cost of just about everything we make goes up exponentially as the physical functionality of its innards gets more sophisticated (big things containing motors and gears, for example, are rarely ‘as cheap as chips’: even silicon chips are only cheap because, despite their enormous complexity, we can and do make them in enormous quantities). But there’s an exception In 3D printing, our whole intuitive concept of ‘cost related to complexity’ is turned on its head. The cost of creating things using a 3D printer ‘goes down with complexity’: the more complex the item being printed, the less it costs to print it. Complexity actually reduces 3D printing costs, are you serious? The notorious 3D printing ‘complexity paradox’ greater complexity = more + bigger voids = less ink = lower cost

3D Model Marketplace CadQuery Examples — Documentation Wrapper Classes for FreeCAD These classes provide a stable interface for 3d objects, independent of the FreeCAD interface. Future work might include use of pythonOCC, OCC, or even another CAD kernel directly, so this interface layer is quite important. Funny, in java this is one of those few areas where i’d actually spend the time to make an interface and an implementation, but for new these are just rolled together This interface layer provides three distinct values: It allows us to avoid changing key api points if we change underlying implementations. It would be a disaster if script and plugin authors had to change models because we changed implmentationsAllow better documentation. The examples on this page can help you learn how to build objects with CadQuery. They are organized from simple to complex, so working through them in order is the best way to absorb them. Each example lists the api elements used in the example for easy reference. Note Warning Simple Rectangular Plate Polygons

MeshLab ReconstructMe | Real-time 3D Model Reconstruction Projector and Camera, A Little Closer: New, Magical Mapping Tools, 3D Scanning, and More Visionary 3D scanning, computer vision, and digital media guru Kyle McDonald is back again with more tools that break down the boundary between the computer and the world. Kyle tells us he spent a great part of the fall in residence at the Yamaguchi Center for Arts and Media (YCAM) in Japan. He worked with experimental projector/camera rigs — and now we get to enjoy some fruits of those labors. The software collection is free and open source (MIT License), built for OpenFrameworks, and already includes some documentation. (The ideal is contributing back to the core of OF, adding to this artist-savvy C++ coding tool.) Mapamok A new experimental projection mapping tool called Mapamok is the major highlight for me. Automatic mapping and calibration? The tool is completely free, as part of the ProCamKit. Video, at top, is described thusly: But there’s more to this kit, cool: 3D Scanning Meets Projection Here’s what’s happening now. shadowplay

Simple DIY 3D Scanning: Projector + Camera + Processing DIY 3D Scanner from Kyle McDonald on Vimeo. Kyle McDonald sends us a hacked-together 3D scanner. I love that it’s slightly inaccurate in aesthetically-pleasing ways, I love that it’s something you can put together using stuff you already have at the ready, and I love that it’s powered by Processing. The applications could range from 3D models to motion graphics and animation to assistance in mapping projections to 3D objects. I put together a 3D scanner yesterday that uses a camera, projector, and Processing. From the video description: The first 18 frames show the images used for generating the 3D model. Now, we of course wanted to see some source code, and Kyle was nice enough to oblige. The 3D geometry isn’t completely “correct”, but it works fine for this camera/projector setup — so here’s some code that is open source but still fairly setup-dependent:

Creatr - The calibrated and affordable 3D printer Robert Vissers – Eccomi 3D Since 2012 I got interested in 3D-printing as a technology, following the news and the general media. Beginning of 2013 I decided to invest some money in a 3D-printer. 3D-printing is somehow still a bit of pioneering, but the Leapfrog is a machine that is ready for it. Having the Creatr for 5 months now I recently started my own 3D-printing company. I’m a Leapfrog-enthusiast. Deepak Mehta “The Creatr has reached a level of perfection for the most common uses of a 3D printer” “I have to say that in the last six months, the competition has also crept closer to the Leapfrog, but I still feel that for the money and the quality, you are getting a printer that exceeds the Ultimaker and Makerbot Replicator 2. “All in all this makes the Leapfrog jump over its competition. To read the full review, check this link. Salvador Grau In my free time I have several hobbies, the main two of them are RC planes and prop building. Ralf Paehl Frederieke Top – Frederieketop.nl