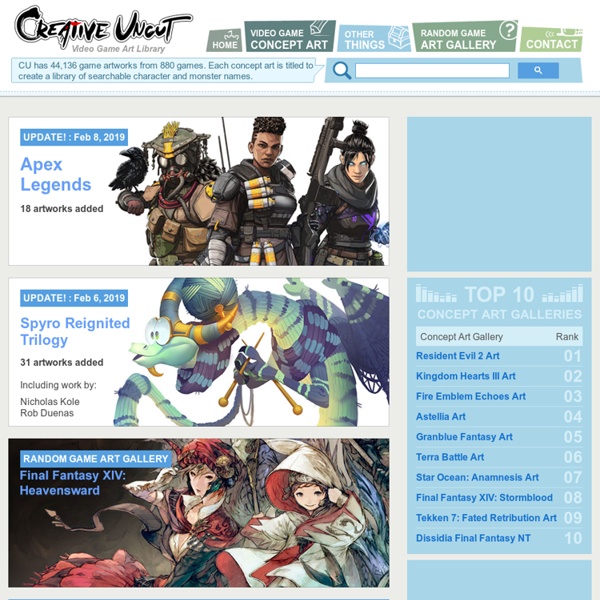 social bookmarking for pictures on VisualizeUs Bioshock 2's In-Game Posters Recreated In Photoshop | Geekologie - Gadgets, Gizmos, and Awesome Remember Geekologie Reader Stefan Petit's gallery of posters from the original Bioshock he recreated in Photoshop? Well he just finished doing Bioshock 2's as well. Aaaaaand these are them. Man, I wish I could've seen Rapture in its heyday, that would've been the tits. Hit the jump for a sample of the posters but be sure to check out the links to Stephan's DeviantART/Behance pages for the complete, worthwhile set. Stefan's DeviantART Page andBehance Gallery

Multi-service image search September 2007 Wallpaper from the Top Cows, Comic Book version of Witchblade. The series originally starred Sara Pezzini, a NYPD homicide detective who comes into possession of the Witchblade, a supernatural, artifact with immense destructive and protective powers. Through the Comicbook series Sara struggles to hone the awesome powers of the Witchblade and fend off those with a nefarious interest in it. There have been many spin-off titles, which place the Witchblade in other times and settings. The character of Sara Pezzini was also featured in crossovers with characters from other franchises, including Lara Croft, JLA, and the X-Men's Wolverine. see all "Witchblade" Posts More Tops Cows Wallpaper from Download Munkeytags witchblade comic Wallpaper Top Cows Wall paper

Return To Rapture: Bioshock's In-Game Posters Recreated By Geekologie Reader | Geekologie - Gadgets, Gizmos, and Awesome Geekologie Reader Stefan Petit spent six-months faithfully recreating some 43 of the in-game posters from Bioshock. These are them. I want them. ALL. Plus a Big Daddy. Or, what the gay community might describe as a 'bear'. This was a completely personal project that let me practice different styles, techniques, and designs. Nice work, Stefan. Stefan's Behance Portfolio andDeviantART Portfolio

Heavenly Sword Weapon, Character and Environment Concept Art By – August 14, 2007Posted in: Heavenly Sword, PlayStation 3, Screenshots, Sony About the Author Matt Litten is a 28 year old from-the-womb gamer turned video game reviewer/blogger and current editor/owner/operator of VGBlogger.com. Matt got his first taste of gaming as a youngster on the NES and Atari, and the rest is history from there. In 2004, three years removed from high school and still looking for a career direction in life, Matt landed his first gig in the video game review business writing for the now-defunct website BonusStage.com.