Samwell - &quot;What What (In the Butt)&quot; 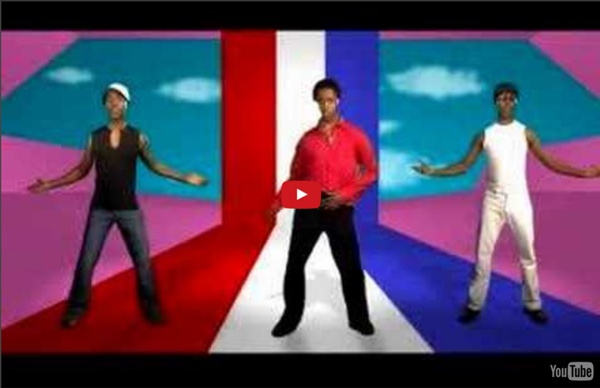 Sacred Band of Thebes Formation[edit] And if there were only some way of contriving that a state or an army should be made up of lovers and their beloved, they would be the very best governors of their own city, abstaining from all dishonour, and emulating one another in honour; and when fighting at each other's side, although a mere handful, they would overcome the world. For what lover would not choose rather to be seen by all mankind than by his beloved, either when abandoning his post or throwing away his arms? The earliest surviving record of the Sacred Band by name was in 324 BC; in the oration Against Demosthenes by the Athenian logographer Dinarchus. Composition[edit] Military history[edit] Invasions of Agesilaus II[edit] The Spartan forces were held up for several days by Theban forces manning the earthen stockades at the perimeter of Theban territory. It was during this time that Chabrias gave his most famous command. Not long afterwards, Agesilaus mounted a second expedition against Thebes.

Kazekami Kyoko Kills Kublai Khan This is all Shreyas' fault. Kyoko is a wind spirit, a kazekami. She is also a ninja. She is not a princess, as Kublai Khan thought before Kyoko stabbed him in the gut. He was trying to be amorous with his newest concubine. There are two players. During the game, players take turns making statements or asking questions according to the format prescribed for their character. Kublai: “[Confirmation]! Kyoko: “Indeed, [confirmation]! Following these instructions creates a chain-shaped narrative. Each seduction narrative begins with a boast by Kyoko or a protest by Kublai. For example, Kyoko might boast: I spent many hours writhing in ecstasy with the renowned concubine Jade Petal Rose, whose lips left a lingering scent of sandalwood upon my skin. Or Kublai might protest: Surely you were unable to enter into the bedchamber of Jade Petal Rose, most beloved of my wives, who smells of sandalwood and cool streams. Kublai might respond: Surely you are the greatest enchantress since Yang Guifei! Etc.

Americas | US military pondered love not war The US military investigated building a "gay bomb", which would make enemy soldiers "sexually irresistible" to each other, government papers say. Other weapons that never saw the light of day include one to make soldiers obvious by their bad breath. The US defence department considered various non-lethal chemicals meant to disrupt enemy discipline and morale. The 1994 plans were for a six-year project costing $7.5m, but they were never pursued. The US Air Force Wright Laboratory in Dayton, Ohio, sought Pentagon funding for research into what it called "harassing, annoying and 'bad guy'-identifying chemicals". The plans were obtained under the US Freedom of Information by the Sunshine Project, a group which monitors research into chemical and biological weapons. 'Who? The plan for a so-called "love bomb" envisaged an aphrodisiac chemical that would provoke widespread homosexual behaviour among troops, causing what the military called a "distasteful but completely non-lethal" blow to morale.

America&#039;s First Gay President Concludes Historic Second Term | The Onion - America&#039;s Finest News Source WASHINGTON—President George W. Bush was unusually reflective in the final weeks of his administration, taking time during speeches and press conferences to look back on key decisions, expound on his legacy, and tout his role in paving the way for the nation's first African-American president by serving eight years as its first openly gay president. George W. Bush "I'm inspired by our great country's willingness to look past the color of a man's skin—or, in my case, his overt homosexuality—and elect him based on his ability to lead," Bush told reporters following his meeting with president-elect Barack Obama on Nov. 10. Bush added, "Thank you, America, for taking a chance on an openly gay man from Texas: tight jeans, cowboy hats, and all." "While I tried to be commander in chief first and a homosexual man second, I knew that everything I did would be judged through the lens of 'America's first gay president,'" Bush said during an interview with ABC's Charles Gibson broadcast Dec. 1.

radical_faeries: You&#039;re invited to A Unique Seder for Unique People (Washington DC) Hey there! I'm active in the DC Radical Faeries as Sylvia Sexxin' (the name is temporary until something better finds me). I posted this in the DC Rad Fae list and I thought I'd put it up on here, too. Every year, my friend herodotusjr and I hold a Passover seder and people of many different faith traditions attend, and this year we're opening it up to all the freaks, geeks, queers, heretics and weirdos in the greater Washington DC area! Read below for more information, and if you want to come, make sure you RSVP via the website link below! *****THE EVITE PAGE WITH ALL THE INFO: What? herodotusjr’s House – College Park, MD(Actual address to his house found inside the evite. You're invited to our WEIRD seder for freaks, geeks, heretics, queers and weirdos like us! So every year we have a Passover Seder. Our seder is, like its attendees... If you're a freak, geek, dork, nerd, or weirdo, you are welcome at our table.

Shoujo Yuri Manga Guide 1971-2002, by Kishiji Bando Creating, disseminating and celebrating Yuri in anime and manga since 2000 For more than a decade, Yuricon has been a leader in the celebration of Yuri Anime and Manga (Lesbian-themed Japanese animation and comics). • Join a welcoming community dedicated to Yuri • Visit the web’s largest Yuri-focused Shop • Read Interviews with Yuri Manga Artists and Essays by Yuri scholars • Experience 100% Yuri Manga from ALC Publishing • Meet our sexy pop idol mascot, Yuriko! Fans of Yuri around the world, ユリコンようこそ- – Welcome to Yuricon! Learn more about Yuricon… &#039;Don&#039;t Ask, Don&#039;t Tell&#039; Has Cost $364M Discharging troops under the Pentagon's policy on gays cost $363.8 million over 10 years, almost double what the government concluded a year ago, a private report says. The report, to be released Tuesday by a University of California Blue Ribbon Commission, questioned the methodology the Government Accountability Office used when it estimated that the financial impact of the "Don't Ask, Don't Tell" policy was at least $190.5 million. "It builds on the previous findings and paints a more complete picture of the costs," said Rep. Marty Meehan, D-Mass., who has proposed legislation that would repeal the policy. Congress approved the "Don't Ask, Don't Tell" policy in 1993 during the Clinton administration. The Servicemembers Legal Defense Network, which has represented service members who left the military under the policy, estimates the Pentagon has discharged more than 10,000 service members for homosexuality since "Don't Ask, Don't Tell" went into effect in 1994.

slacktivist: The Abominable Shellfish Why some Christians hate gays but love bacon The third book of the Bible, Leviticus, has some wonderful passages. The Jubilee laws outlined in chapter 25 , for example, provide an inspiring vision of liberty and justice for all. The 10th verse of this chapter even supplied the inscription for the Liberty Bell: "proclaim liberty throughout all the land unto all the inhabitants thereof." The Jubilee laws and the ideals they embody, unfortunately, are nearly wholly neglected and forgotten. Most of the book of Leviticus is similarly neglected. Yet some passages live on, their teachings still regarded as unwavering and binding. One such passage is Lev. 20:13, which says (in the King James Version), "If a man also lie with mankind, as he lieth with a woman, both of them have committed an abomination." That passage is frequently cited by the spokesmen of the religious right to explain why they're so adamantly opposed to allowing homosexuals to enjoy full civil rights here in America.

Bisexuality Study Report: More gay linguists discharged than first thought SAN FRANCISCO — The number of Arabic linguists discharged from the military for violating its “don’t ask, don’t tell” policy is higher than previously reported, according to records obtained by a research group. The group contends the records show that the military — at a time when it and U.S. intelligence agencies don’t have enough Arabic speakers — is putting its anti-gay stance ahead of national security. Between 1998 and 2004, the military discharged 20 Arabic and six Farsi speakers, according to Department of Defense data obtained by the Center for the Study of Sexual Minorities in the Military under a Freedom of Information Act request. The military previously confirmed that seven translators who specialized in Arabic had been discharged between 1998 and 2003 because they were gay. ‘Still have a language problem’ Aaron Belkin, the center’s director, said he wants the public to see the real costs of “don’t ask, don’t tell.”