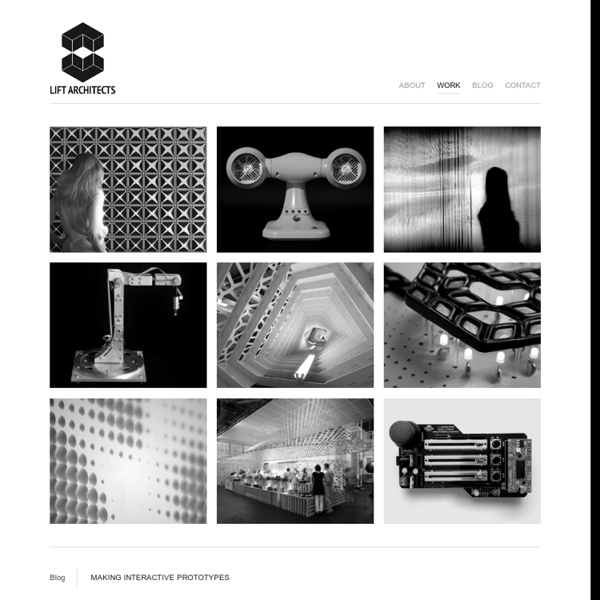 Geometry, Surfaces, Curves, Polyhedra Notes on polygons and meshes Includes Surface (polygon) simplification, Clipping a polygonal facet with an arbitrary plane, Surface Relaxation and Smoothing of polygonal data, Mesh crumpling, splitting polygons, two sided facets, polygon types, tests for clockwise and concavity, clipping line to polygons, area of a 3D polygon, area of general polygons, determining inside/outside test, intersection of a line and a facet, Eulers numbers. No amount of genius can overcome a preoccupation with detail. Law 8, Marion Levy Jr. Notes on points, lines and planes Includes calculations for the distance between points, lines and planes. The intersection between 2 lines in 2D and 3D, the intersection of a line with a plane.

Cabinet of Curiosities By Mary Jo Gibson Today I am highlighting one particular item in my Cabinet of Curiosities, called a Kabinettschrank (display cabinet in German), also known as a Kunstkammers/Cabinet of Wonders. This beautiful piece of antique artisanship was shared with me by the Getty Museum; the accompanying video opens the compartments for the closest scrutiny possible, giving a glimpse of the riches found in a nobleman’s private chamber. Conceived to store items of artistic, natural and intellectual interest for the aristocracy and customized according to the interest of its intended, but now unknown, owner.

Grasshopper (Explicit History) Same Area Voronoi using Galapagos I have been quite fascinated by the recent development of Galapagos for Grasshopper. This is a simple example of its application set up to solve for a 10-point voronoi division within a user-defined boundary where all the parts are divided as equally as possible in terms of their areas. I ran this with an initial population of a hundred for 200 generations. The results are not 100% perfect, but very close (which is the nature of an evolutionary solver I believe). Aedes Network Campus ANCB Blog PUBLIC DEBATE MOBILISING THE PERIPHERY - #4 Focus Latin America: From Segregation to Integrated Urban Landscape Friday, 27 January and Saturday, 28 January 2017 more PUBLIC DEBATE How Do We Make Better Cities?

Casa da Música Porto by OMA English — Zé Luís Tavares For many years, new noticeable objects in the urban landscape of Porto have been ruled by consumerism, with shopping malls and speculative housing complexes, and by the established codes of the Porto School, with Álvaro Siza as the foreman. The new millennium starts with Koolhaas’ appearance shaking things up. A diamond-shaped white concrete Casa da Música [CdM] slowly emerged in the most central roundabout of the local modern urbanity. From the very beginning, the process was politically and urban disturbed. Acceptance Speech: Rem Koolhaas Rem Koolhaas I have prepared a short speech. And maybe I should start with an anecdote. It may be a strange anecdote, but coming from the Netherlands, and being born in 1944, meant paradoxically that I was ignorant of the issue of Jewishness until the age of twenty-one.

Spiraling Out of Control: The Greatest Spiral Stairs in the World Recently the Loretto Chapel was entered into the Atlas. The Santa Fe chapel is known for a very cool looking set of spiral stairs built in 1877 by a mysterious stranger. With no central support the stairs are said by the sisters of Loretto Chapel to be miraculous in construction. While there are those who beg to differ about the miraculousness of the stairs, no can deny that the stairs look, well, really cool! Architecture Quotes - Quotations and Famous Quotes on Architecture - Proverbia Ah, to build, to build! That is the noblest art of all the arts. Painting and sculpture are but images, are merely shadows cast by outward things on stone or canvas, having in themselves no separate existence.

MONU Magazine for Architecture News Issues Interviews Order About Follow Support Submit Contact ©MONU MONU is a unique English-language, biannual magazine on urbanism that focuses on the city in a broader sense, including its politics, economy, geography, ecology, its social aspects, as well as its physical structure and architecture. Therefore architecture is one of many fields covered by the magazine - fields which are all brought together under the catch-all term “urbanism”. MONU is edited in the city of Rotterdam, the Netherlands. Continuous publication began in June 2004.

Inconsistencies by 4of7 Over the period of the last twelve months, 4of7 architects have conducted several workshops to explore structural capabilities of ‘inconsistent’ building materials. All experiments are based on widely accessible resources, often used in everyday life, and easy to do techniques. In the third and most recent phase of the project, 12 kg of yellow rubber bands were employed as construction components of a complex spatial structure. In general, rubber based materials are exploited for their ability to flex and change according to the specific external influence and then return to the pre-deformed condition. In our case, initial building strategy was based on the rule based system applicable to modular components while later stage of the construction relied on material properties to which overall geometry became subordinate.