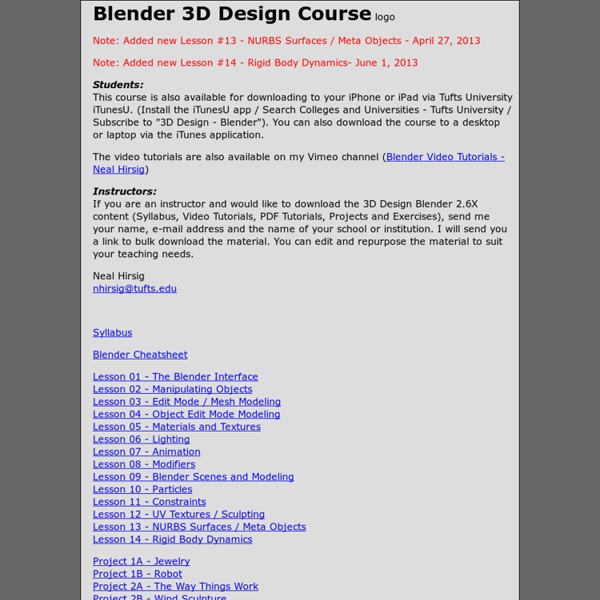 Worlds Leader In VFX Training - Blender 3D Compositing In this in-depth Blender training video, you'll go through every step of the compositing process, from working with 3d and rendering, to tracked data from an external tracker like Syntheyes, to color correction and grading, it covers the gamut! When you walk away from this class, you'll have been introduced each of the core concepts needed to be a successful compositor, seamlessly integrating fully 3 dimensional CG into real footage. cmiVFX breaks down each tool one by one with fast and easy chapter references designed for even faster muscle memory. cmiVFX continues to deliver the training and content you need, quickly, efficiently and affordably. When it comes to high end CG and VFX training, there is only once choice... cmiVFX! Chapter Descriptions One tool to rule them all! One of Blender's key features is the tight integration of every tool that you need for a complete production pipeline in one single package. Integration Total Control All you have to know An open environment

3dzentrale Box of Goodies I’ve realized that the only way to create realistic outdoor scenes is by adding lots and lots of nature elements. Things like trees, flowers, bushes, rocks etc. are essential in making the scene look “believable”. But I also know that creating these things by hand takes a very long time. And not everyone has time to sit down for hours on end and create tree after tree after tree. Which is why I’ve done the hard work for you :) The Box of Goodies! Inside this box of goodies you’ll find 9 nature models that you can keep. As well as this you’ll find a collection of grass reference photos that will help you to better create it in blender. Eg. What will you do with yours? Drop your email address in the box to the right and I’ll send the Box of Goodies your way.

Streaming and playing an MP3 stream Update (2009-06-17): I have written a new post detailing and fixing the problems in this implementation titled: Revisiting an old post: Streaming and playing an MP3 stream. Introduction Playing an MP3 stream seems like it should be a straightforward task that the Cocoa APIs would handle easily. Of course, there's a way to play an MP3 stream without using QTKit. Since I link to their stream by default in the application, I should probably point out that Triple J is an Australian radio station. You can download: Update (2009-06-17): The location of the code has changed. AudioToolbox There is probably a way to make QTKit play streaming MP3s. In Mac OS X 10.5 (Snowless Leopard), Apple introduced the AudioToolbox framework which contains the Audio File Stream Services and Audio Queue Services that we'll use to solve the problem. Audio File Stream reads the raw bytes and finds audio packets within them. AudioFileStreamExample Addressing the issues Waiting until the playback is finished Conclusion

leipzig Tutorials // Modeling a fly in Blender "Modeling a fly in Blender" This is the first part of a tutorial about modeling a fly in Blender. The other parts of the tutorial will be added soon and will cover rigging, hair editing, shading and rendering. I used text-overlays for explanations. Timelapse The following video is a timelapsed version of the whole modeling process of the fly. Background: The screenrecording itself was done for Steve Gormley aka VJSteveG, who will be using the footage / timelapse in his work. Blender Game Making Challenge "By luck, I stumbled upon your site, and of course I wanted to try it out. I went on to deposit $500 on OneTwoTrade, then opened 5 positions and won 4. Took out the $500 and still have the profit of $288 to trade with. Shelly Green - New York "I began with $200 on OneTwoTrade and I went down to $100 the first day. John Bates - Los Angeles "I didn't know what to think about this system at first, as I have always looked at trading as too complicated and only for professionals... obviously I was wrong. Julia Moore - Chicago "Just started trading binary options a month ago. Scott Parker - Miami

BlenderArt Magazine iPhone Programming Fundamentals - Outlets and Actions An understanding of outlets and actions is one of the first things you will need for iPhone programming. For someone coming from the .NET background, this is a concept that requires some time to get used to - the concepts are similar, but it is a different way of doing things. And so, in this article, I am going to show you what outlets and actions are. First, the basics So let's start by creating a really simple project to see how everything fits together. Figure 1 Creating a View-based Application project The View-based Application project template provides the quickest way to start writing an iPhone application. Figure 2 Examining the content of a View-based application project in Xcode In short, when the application is loaded, the main window loads the view represented by the OutletsAndActionsViewController.xib file. Let's now edit the OutletsAndActionsViewController.xib file by double-clicking on it to open it in Interface Builder. Figure 3 Populating a View window with various views