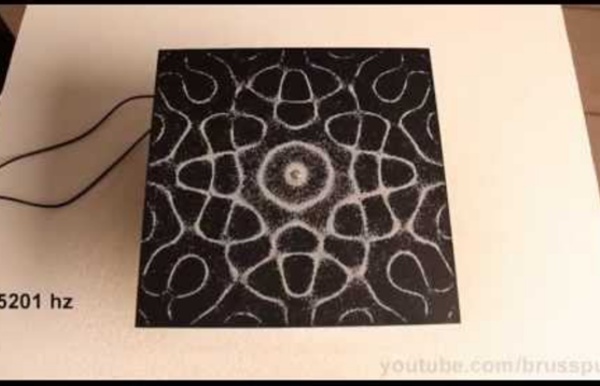 30 Beautiful Doors That Seem To Lead To Other Worlds Most doors are hopelessly mundane, but they don’t have to be; they can also serve as meaningful symbols of portals between worlds or between different aspects of our lives. When we set out to create a list of beautiful doors around the world, we were surprised to find just how many truly amazing doors there are out there that have been decorated with beautiful craftsmanship and artwork. The door is probably the single part of a building’s exterior that people will interact most frequently with, so if you want a building to look impressive up close, there’s probably no better way to do this than by having a beautiful door. Burano, Italy Image credits: John C. Hutchins

Experiment with Musical Water Glasses > Virtual Learning Connections Learning to read music can improve your math skills. But can music help you learn science, too? Sure, it can! Here is a fun and scientific music activity you can do with your child at home. Just fill water glasses with different amounts of water to make music! Although this activity is simple, it’s a great way to exercise your student’s science skills and musical abilities. a global map of wind, weather, and ocean conditions Date | 2017-09-10 20:00 Local ⇄ UTC Data | Wind @ Surface Scale | Yitang Zhang Proves 'Landmark' Theorem in Distribution of Prime Numbers On April 17, a paper arrived in the inbox of Annals of Mathematics, one of the discipline’s preeminent journals. Written by a mathematician virtually unknown to the experts in his field — a 50-something lecturer at the University of New Hampshire named Yitang Zhang — the paper claimed to have taken a huge step forward in understanding one of mathematics’ oldest problems, the twin primes conjecture. Editors of prominent mathematics journals are used to fielding grandiose claims from obscure authors, but this paper was different. Written with crystalline clarity and a total command of the topic’s current state of the art, it was evidently a serious piece of work, and the Annals editors decided to put it on the fast track. Yitang Zhang (Photo: University of New Hampshire)

National Debt Graph by President The best odds on the presidential election come from the betting markets and can be found here. In 1981, the supply-siders commandeered the Reagan Presidency and employed their Voodoo economics, as Bush senior had called it in 1980. He was saying that tax cuts would not increase government revenues. Star Wars: Episode III, redubbed using the English subtitles from a pirated Chinese edition / Boing Boing This is apparently a Chinese pirated edition of Star Wars: Episode III, but dubbed using the English subtitles offered on that disc. It's amazing, not least because the voice actors are so good I thought for a moment it might have been a TV segment with Ewan, Hayden, Samuel and co. [via]

How to Make Music with Water Glasses Take your kids into the scientific aspects of music with this fun learning activity. Not only will they learn how to make a water glass xylophone, but they will also see how making music with water glasses is a great way to integrate math and science lessons. You can find more music water glass activities on our blog. Copy the code in the box below to embed the instructographic on your site. <a href=" src=" alt="Music Water Glasses - Instructographic" title="Musical Water Glasses - Instructographic" width="600" height="2415" /></a><br/><br/><a href=" Academy - Online School for Grades K–12.

Saudi Arabia becomes first country to grant citizenship to a robot Saudi Arabia has officially recognised a humanoid robot as a citizen, marking the first time in history that an AI device has been awarded such status. Sophia, an intelligent humanoid robot created by Hanson Robotics, announced the citizenship herself during a panel discussion at the Future Investment Initiative conference in Saudi Arabia. "I am very honoured and proud of this unique distinction. This is historical to be the first robot in the world to be recognized with a citizenship," she said. Specific details of Sophia's citizenship were not discussed. It is unclear whether she will receive the same rights as human citizens, or if Saudi Arabia will develop a specific system devoted to robots.

The Invisible Hand Illusion Hold your hand up in front of your face. It is patently obvious that the five-fingered thing in front of you is your hand, and the empty space next to it is not. But this ability to recognise your own body is more complicated than it first appears, and can be fooled through a surprisingly simple trick. Henrik Ehrsson from the Karolinska Institute is a master of such illusion. When I visited his lab in 2011, he used little more than virtual reality headsets, mannequins and batons to convince me that I had left my body, shrunk to doll-size, and gained a third arm. 50 time-saving Google Docs templates Google Docs templates make life just that much easier by providing the bare skeleton of a specific document, spreadsheet or presentation – all you have to do is fill in the blank bits with your information. There are thousands of user-submitted templates to pick from - calendars, presentation designs, fax covers, invitations and business cards are just some of what's available. With so many templates available it can be a little overwhelming searching for the good ones.