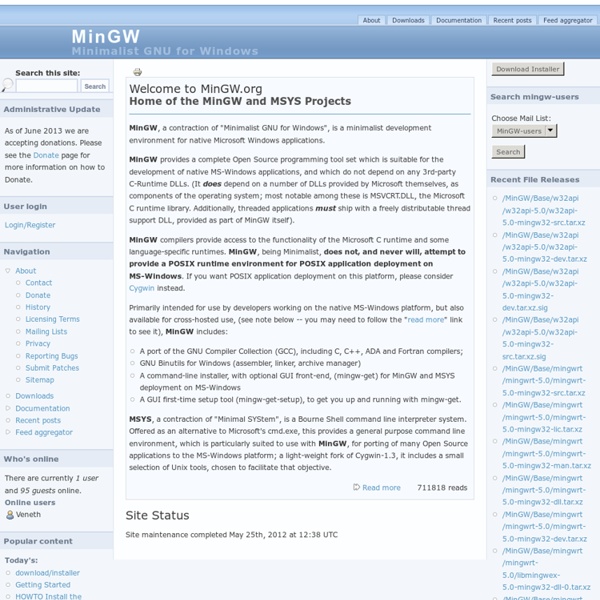 KinEmote - Free XBox Kinect Software for Windows The GNU Awk User&#039;s Guide This file documents awk, a program that you can use to select particular records in a file and perform operations upon them. Copyright © 1989, 1991, 1992, 1993, 1996–2005, 2007, 2009–2014 Free Software Foundation, Inc. This is Edition 4.1 of GAWK: Effective AWK Programming: A User’s Guide for GNU Awk, for the 4.1.1 (or later) version of the GNU implementation of AWK. Permission is granted to copy, distribute and/or modify this document under the terms of the GNU Free Documentation License, Version 1.3 or any later version published by the Free Software Foundation; with the Invariant Sections being “GNU General Public License”, the Front-Cover texts being (a) (see below), and with the Back-Cover Texts being (b) (see below). A copy of the license is included in the section entitled “GNU Free Documentation License”. “A GNU Manual” “You have the freedom to copy and modify this GNU manual. Short Table of Contents Table of Contents Foreword Arnold Robbins and I are good friends. Preface

Gammu SMSD Gammu SMS Daemon is a program that periodically scans GSM modem for received messages, stores them in defined storage and also sends messages enqueued in this storage. It is perfect tool for managing big amounts of received or sent messages and automatically process them. You can currently store received messages in files or in various databases. The package includes also tool gammu-smsd-inject which will help you creating long text messages and gammu-smsd-monitor which allows you to monitor current status of SMS Daemon or phone. For managing messages in the database, you can use Kalkun frontend, which provides web interface to messages and phonebook. Latest News Gammu 1.33.0 Gammu 1.33.0 has been just released. Published on May 29, 2013 by Michal Čihař Gammu 1.32.0 Gammu 1.32.0 has been just released. Published on June 27, 2012 by Michal Čihař Download SMS Daemon is distributed as part of Gammu so to download it just get Gammu. Documentation Check also Frequently Asked Questions.

persistent - Can I install Ubuntu to my 32 GB USB pen drive? OpenNI - OpenNI > Home VideoJack see also VideoPiping VideoJack development is documented at VjackDev. local streams jack audio server The low latency jack audio server enables applications to send and receive audio streams from and to other applications. The jack audio server is very common in the Linux audio scene. During the last months new jack connection types like midi or osc appeared as patches. There is at the moment no good way to share realtime video data between several local applications.In most setups the use of video and audio streams is mixed. A simple video jack example would be a tool that reads video and audio signals from its jack inputs. Let's discuss about the problems and chances of a video jack server at the piksel05 meeting. Mail from Martin Bayer Unix pipes Many applications already implement VideoPiping. network streams rtp/rtsp/rtcp/sap Proposal by kysucix As for sap server there is [ minisap server]? rtp: Real Time Protocol

jobberBase - The Open Source Job Board Software system installation - How do I install Ubuntu to a USB key? (without using Startup Disk Creator) The Khronos Group Inc. Try Ubuntu before you install it You can try Ubuntu without actually installing it on your computer’s hard drive. You can do this by starting up your computer with either an Ubuntu DVD in the drive or a USB stick with Ubuntu on it in a USB port. Here’s how: 1 Using a DVD?

Hugin - Panorama photo stitcher USB Installation Media Startup Disk Creator Ubuntu distributions from 8.04 'Hardy' onwards have 'Startup Disk Creator' a usb-creator tool that creates a bootable USB flash drive from a Ubuntu CD or iso image. Most users should use Startup Disk Creator or Unetbootin instead of many alternatives described here that perform similar steps. Current Ubuntu versions can also be cloned directly from the iso file to a USB drive. UNetbootin (Windows or Linux) UNetbootin automates this task by providing a GUI to create a bootable Ubuntu Live USB drive from an ISO file, and can be run from both an installed Windows or Linux system, or from a liveCD. Optional: If you need to activate the original Ubuntu livecd boot menu, for example if you want to disable the framebuffer or read the Ubuntu livecd HELP screens and cheatcodes, please make these changes to your USB drive after your UNetbootin installation is completed: 1) Delete the SYSLINUX.CFG file or rename it to be SYSLINUX.OLD Portable Linux liveusb-creator (from Fedora)

Parallel Programming and Computing Platform | CUDA What is CUDA? Enroll today! Intro to Parallel Programming An open, online course from Udacity Instructors: Dr. CUDA® is a parallel computing platform and programming model invented by NVIDIA. With millions of CUDA-enabled GPUs sold to date, software developers, scientists and researchers are finding broad-ranging uses for GPU computing with CUDA. Identify hidden plaque in arteries: Heart attacks are the leading cause of death worldwide. Analyze air traffic flow: The National Airspace System manages the nationwide coordination of air traffic flow. Visualize molecules: A molecular simulation called NAMD (nanoscale molecular dynamics) gets a large performance boost with GPUs. Background GPU Computing: The Revolution You're faced with imperatives: Improve performance. Not anymore. Using high-level languages, GPU-accelerated applications run the sequential part of their workload on the CPU – which is optimized for single-threaded performance – while accelerating parallel processing on the GPU.

software installation - How can I install Sun/Oracle's proprietary Java JDK 6/7/8 or JRE?