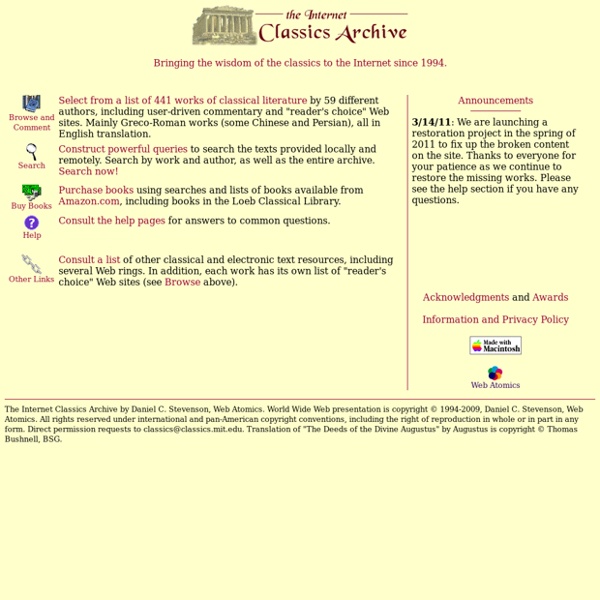 Verb Tenses in English - ESL Overview In English grammar, verb tenses or forms indicate the moment when something happens, such as the past, present, or future. These three primary forms can be subdivided further to add detail and specificity, such as whether the action is ongoing or to describe the order in which events occurred. For example, the present simple verb tense concerns actions that happen every day, while the past simple verb tense refers to something that happens in the past. In all, there are 13 tenses.

Amendment I (Religion): John Locke, A Letter concerning Toleration Amendment I (Religion) Document 10 John Locke, A Letter concerning Toleration Montuori 17--25, 31--33, 45, 55, 65--69, 89, 91, 93 The 15 Best Places On The Internet For Book Lovers The internet is great for many things: The OC GIFs, Harambe memes, and literature. Does it seem like one of those things is not like the other? If it feels at all strange to you that the medium which has been credited (along with television, of course) with a national decline in attention spans and an accompanying rise in people wanting to get their news via 15-second video clips rather than 1500-word articles, well, yeah, when put that way, maybe it does seem weird. But the truth is that the internet has long been home to people who love books and all things literary, and has served as a virtual meeting place for book lovers from all over the world to get together and discuss and praise and debate the written word. And, also, you know, buy the written word.

CIA Releases Declassified Documents to National Archives The Office of Public Affairs (OPA) is the single point of contact for all inquiries about the Central Intelligence Agency (CIA). We read every letter, fax, or e-mail we receive, and we will convey your comments to CIA officials outside OPA as appropriate. However, with limited staff and resources, we simply cannot respond to all who write to us. Contact Information Submit questions or comments online By postal mail: Central Intelligence Agency Office of Public Affairs Washington, D.C. 20505