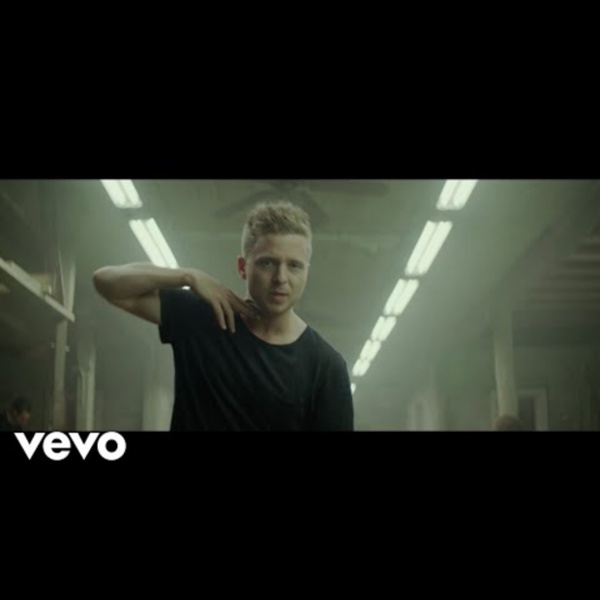 Listen to the Mash-Up T-Swift Is ‘Obsessed’ With A couple of days before Christmas, singer-songwriter Louisa Wendorff posted a cover mash-up of Taylor Swift's 1989 hits "Blank Space" and "Style" on her YouTube page. A couple of days after Christmas, Swift discovered it, gave the video her stamp of approval, and, consequently, made Wendorff's holiday. In the clip (below), Wendorff and fellow Nashville-based songwriter Devin Dawson stand back-to-back, playing both songs unplugged and crafting a unique boy-girl love song all their own. T-Swift was into it so much she plastered Wendorff and Dawson's piece on her Facebook, Twitter, and Google+ accounts (yes, even Google+).

Lizzy Caplan sings "You Don't Know Me" In this clip from the first season of Showtime drama Masters of Sex, Freaks and Geeks and Party Down actor Lizzy Caplan sings a cover of the tune most popularized by Ray Charles. The show is a loose account of the groundbreaking sex study conducted by Dr. William Masters and Virginia Johnson. Choros: A Transfixing Experimental Dance Film by Michael Langan & Terah Maher Released three weeks ago after a year on tour at various film festivals, {*style:<a href=' is the latest experimental art film from director {*style:<a href=' Langan{*style:</a>*} the explores the movement of the human body, specifically the motion of dancer {*style:<a href=' Maher{*style:</a>*}. Choros follows in the steps of Eadweard Muybridge, Etienne-Jules Marey, and Norman McLaren, all of whom spent years studying the physical moment of animals and humans through film. Langan takes the next step using new digital innovations to layer some 32 sequential instances of a single movement and then stretch it out over time. Set to Steve Reich’s {*style:<a href=' for 18 Musicians{*style:</a>*}, the 13-minute video is pulsating, hypnotic, and flat out lovely to watch.

Slow Club: Two Cousins A new video for Slow Club from their forthcoming album out in September, featuring dancers Ryan Francois and Remy Kouame performing an homage to dancers Al Minns and Leon James. The music in no way “matches” the dancing, and yet creates such a beautiful juxtaposition. (via cliptip) A Sultry New Dance Video for OK Go’s ‘Skyscrapers’ Another day, another wonderful music video by OK Go. This new video for Skyscrapers features a sultry montage of dance moves through a series of colorful urban backdrops. The clip was directed and produced by Grammy Award-winning choreographer and director Trish Sie (the lady above) paired with Moti Buchboot. More than many of OK Go’s songs lately, I’m really enjoying this one and might have to pick it up.

Waltz on the Walls: An Aerial Dance Performance on the Side of Oakland’s City Hall This surprisingly lovely dance performance was filmed vertically on the side of Oakland’s 18-story City Hall building earlier this month at the Art + Soul Festival. The dancers are Amelia Rudolph and Roel Seeber from Bandaloop. (via The Awesomer)

This Sweet Video of People Dancing Naked in Public Will Charm Your Pants Off Who feels like getting naked and dancing through the strees of Los Angeles? Wait, don't answer until you've watched this. In a charming (and essentially safe for work) video promo for its upcoming reality series Dating Naked, VH1 and agency Mistress filmed a diverse mix of people whirling and waltzing around a small crowd of onlookers in L.A. to the tune of "I'm Just Wild About Harry." Come Dance With Me : Krulwich Wonders... At the end, shoes fly. This must be a dancers' thing. You go to Urban Dance Camp, Keone and Mari step out onto the gym floor. South by Southwest: Meet Shelby Earl, the singer you need to know The big names performing at this year’s South by Southwest festival in Austin, Texas, include Lady Gaga, Kanye West and Jay Z and Coldplay — not exactly scrappy upstarts looking to break through. But even as well-established acts siphon off some of the buzz SXSW generates (Prince and Justin Timberlake played last year, and Bruce Springsteen performed the year before that), there’s no shortage of opportunities to discover new artists. Take Shelby Earl, for example. Since quitting a corporate gig at Amazon a few years ago to make music full time, the Seattle singer and songwriter has released a pair of albums, including last year’s excellent “Swift Arrows.”

Slow-Motion Masterpiece Captures Bags of Spices Exploding in Time with Music It’s only January 11th, and we’ve already found a piece of slow-motion cinematography that might just remain our favorite of 2014. Created as a commercial for Schwartz Flavour Shots, this slow-motion video dubbed “The Sound of Taste” is a beautiful combination of cinematography and pyrotechnics that creates what filmmaker Chris Cairns calls “an audiovisual feast.” To create this ‘feast,’ Cairns was joined by musician MJ Cole and pyrotechnician Paul Mann. Together, they set about deciding how to best put together a half-visual, half-auditory symphony that would perfectly capture what it is like to experience tasting something. What they settled on was a commercial that would show clouds of spices exploding into the air in slow-motion, perfectly synchronized to the music Cole had written.

Watch A Mind-Blowing Visualization Of 'The Rite Of Spring' : Deceptive Cadence Stephen Malinowski YouTube Composer, pianist and software engineer Stephen Malinowski has created one brilliant solution to an age-old problem: how to communicate and understand what's going on in a piece of music, particularly if you don't know standard musical notation. Over the course of some forty years, he's honed what he calls his "Music Animation Machine" from a 20-foot printed scroll to the software and iPad apps he's created — but the results are art. His animations posted on YouTube have gleaned over 100 million page views, from Debussy's "Claire de lune" to the Allegretto movement of Beethoven's Seventh Symphony. And Bjork enjoyed his work so much that she commissioned him to create the animations for her "Biophilia" project. Most recently, Malinowski has created animations for Stravinsky's ballet The Rite of Spring, just in time for the ballet's 100th anniversary on May 29.

114 million views and counting: What Does The Fox Say is this year’s Gangnam Style Sometimes, it’s hard to predict what viral videos will pop big and then fade out, and which will become 100 million juggernauts that show little sign of slowing down. But one clear constant has always been the combination of music and comedy. Finding that out most recently is Ylvis, the Norwegian comedy/music duo who have, since blowing up last month, since racked up over 114 million views for their breakout video What Does The Fox Say?