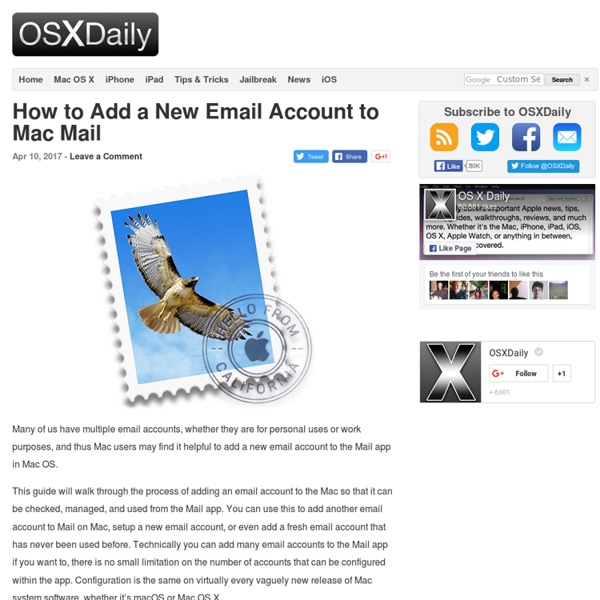 iMessage is the fantastic free messaging service from Apple that lets iPhone, iPad, iPod touch, and Mac users send each other endless free text messages, pictures, and videos. Because iMessage skips the standard SMS/text protocol from cellular carriers and relies on data transmission instead, it can often help you reduce your phone bill by cutting out the text message plan fee, or at least reducing it to a lower cost. All the benefits to using iMessage hardly matters if you need to turn off the iMessaging service for another reason, so long as you are clear as to why you are disabling it in the first place. No, we don’t mean temporarily sending an SMS text on a one-off basis, though that can be a workaround for some situations.

Cashbox - Download Connect Connect to your bank with Koku to automatically download your transactions and keep your finances up-to-date. After setup, it's as easy as hitting refresh on your account! No more logging into different online banking sites for all your accounts and cards just to see your balance. Let Koku centralize all your finances in one simple place that's available whether you're at home or on the go. When it's this easy to stay on top of your accounts, you can say goodbye to the dread of logging into your online banking account after weeks of not checking your balance.

Exclusive: Apple near cloud-music deals Apple has signed a cloud-music licensing agreement with EMI Music and is very near to completing deals with Universal Music Group and Sony Music Entertainment, multiple music industry sources told CNET. Warner Music Group already had a deal in place with Apple, CNET reported last month. The licensing agreements will enable Apple to launch a fully licensed cloud-music service to rival unlicensed offerings of rivals Amazon and Google. The negotiations with Sony Music Group and Universal Music Group could be wrapped up as early as next week, the sources said. What this means is that signed contracts with all four of the top four record companies will be in Apple's hip pocket on June 6 when Apple kicks off the company's Worldwide Developers Conference. The sources who spoke with CNET did not know when Apple would announce the deals or roll out the cloud service.

Mac OS X Downloads The Mac App Store Browse and download apps for your Mac — from your Mac. Shop for apps by category, read user reviews, and buy apps in one simple step. Safari Extensions Safari extensions are a great way for you to add new features to Safari. Things : Cultured Code Your life is unique – so it’s no surprise that after just a little while, your Things looks like no one else’s. Do you want to write a song, plan the next big project, improve the house, or write a thesis? Whatever it is, you can customize Things to make it perfect for your needs. Every project you add to Things automatically shows up in the sidebar so you can access it at any time. And you can hide projects you’re currently not working on by putting them in Someday - this keeps your sidebar clean and lets you focus on the things that are relevant now.

Apple Sounds the PC Death Knell Justin Sullivan/Getty ImagesSteven P. Jobs discussing iCloud, which will automatically sync photos, videos and music without the need of a PC. If Steven P. Jobs, Apple’s chief executive, gets his way, the PC could be on its last legs. For over two years now, Mr. Jobs and other Apple executives have been pushing the concept of a “post-PC era” where most people no longer have, or need, traditional computers and instead engage with the digital world though iPhones, iPods and iPads.

Insanely simple time tracking These terms of service govern the relationship between Toggl OÜ ("Toggl") and anyone who uses or has access to, or attempts to use or gain access to, any time tracking application provided by Toggl. The terms and conditions set forth herein apply regardless of the environment in which the application is used, the geographic location of such use and the technical means employed therefore. Please consider the below text carefully for it is only if you fully agree with all terms and conditions contained herein that you may use the applications referred to. If you find anything in this document that you do not understand or agree with, please refrain from using Toggl's applications. Any use or access of the same or any attempt to do so shall be deemed to constitute your consent to be bound by these terms of service.

AdiumBook - Sync Adium and Address Book A free Mac OS X bridge application between Adium and Address Book, used to search, manage and keep your contacts in sync. Manage: Add Adium contacts to Address Book. Update card's information using Adium data. iCloud’s real purpose: kill Windows Apple’s announcements yesterday about OS X 10.7 pricing (cheap), upgrading (easy), iOS 5, and iCloud storage, syncing, and media service can all be viewed as increasing ease of use, but from the perspective of Apple CEO Steve Jobs they perform an even more vital function — killing Microsoft. Here is the money line from Jobs yesterday: “We’re going to demote the PC and the Mac to just be a device – just like an iPad, an iPhone or an iPod Touch. We’re going to move the hub of your digital life to the cloud.” Just like they used to say at Sun Microsystems, the network is the computer. Or we could go even further and say our data is the computer.

Simplify your life with Clear — the revolutionary to-do app for Mac, iPad & iPhone Join them today Feeling Disorganized? Untangle your life with Clear - the to-do and reminders app that ensures you stay focused on what matters. 9 to 5 Mac Apple Store 2.0 revealed: Startup Sessions, interactive iPad signage, new sound/display systems, new app A source has just dropped a load of unconfirmed information on us for what is being internally referred to as “Apple Store 2.0.” Apple Store 2.0 is a major makeover for the Apple retail store experience. Apple has been working on this new type of Apple store for a while now and the development’s ceiling does not only reach Apple’s Senior VP of Retail Ron Johnson, but was led by Apple CEO Steve Jobs and Apple design chief Jony Ive.

30+ Mac Shortcuts and Hidden Features Want to your boost productivity of your Mac ? Shortcuts are nice way to work fast then hovering mouse everywhere. With such a beautiful eye friendly interface, Mac is much more advanced system which gives you abilities to process up your tasks with the help of keyboard using shortcut keys. And pressing buttons and combination of keys is faster than taking your cursor to the button which can be under the finder, or in the menu that is the sub-menu in the finder. Working with shortcuts is easy and you will find it making your tasks faster too. I have gathered up some hidden features and shortcuts your are probably unaware of.

Apple Now Has More Cash than U.S. Government It must feel good to be a part of Apple today: The company was proclaimed the world's top smartphone vendor by Strategy Analytics, and its cash reserves are now bigger than the U.S. government's balance. Apple is now the world’s largest smartphone vendor by volume with 18 percent market share, according to Strategy Analytics' report. Nokia is now number three with 15%, behind Samsung, which grew an amazing 520% annually to grab a 17% share of the global smartphone market. Also, with a $75.9 billion balance, Apple is obviously doing really well in the "cash reserves" department, but it sounds even better when you hear the U.S. Treasury Department say that the government now has a total operating balance of $73.8 billion. Apple's stock price recently surged passed $400, and its total market capitalization is more than $363 billion, which makes it the second largest company in the world, behind Exxon Mobil.

WhatFont Tool - The easiest way to inspect fonts in webpages « Chengyin Liu ← Back to Chengyin's main page What is the easiest way to find out the fonts used in a webpage? Firebug or Webkit Inspector? No, that's too complicated. It should be just a click away. Hence I wrote WhatFont, with which you can easily get font information about the text you are hovering on.

iPad Review - First iPad Review, I played with it on 1/27 Update 4/5/2010: we had much more time to write an in-depth review if the iPad. It supersedes this one and can be found here: iPad Review. Shortly after the Apple Launch in San Francisco, we had the opportunity to play with an iPad for long enough to have an idea of how it feels to use one and how the iPad looks in the real world. After months of speculation, we have to say that the overall pre-launch perception correct was at times correct (hardware+OS) and plain wrong on other topics – like the pricing. You’ve seen all the info, and now it’s time to answer the question: how is it to use one?