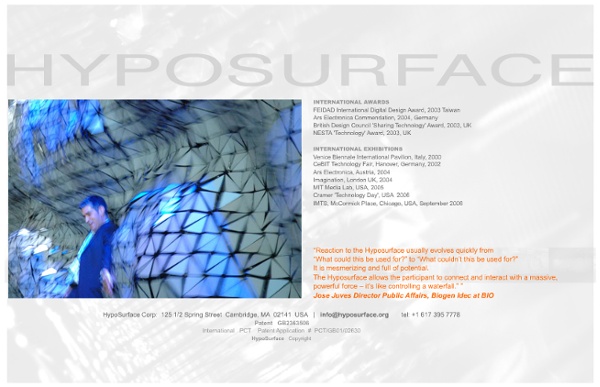 Fitbit announces Flex fitness band with automatic syncing Check out our review of the FitBit Flex fitness band. Announced on the official Fitbit blog earlier this week, the health tracking company has developed a wristband version of the Fitbit One activity and sleep tracker. Called the Fitbit Flex, the wristband is designed to compete with the Nike+ FuelBand as well as the Jawbone Up fitness wristband. Rather than having to attach a Fitbit Zip or Fitbit One to an article of clothing,a Fitbit Flex user can wear the device 24 hours a day. While the wristband isn’t rated as being completely water-proof, the water-resistant rating means users can continue wearing the wristband while taking a shower or walking in the rain. Similar to the Fitbit One, the Fitbit Flex tracks how long you sleep during the night in addition to the amount of times you wake up in bed. Built into a section of the wristband, Fitbit product developers have included five LED lights that turn on during the day as a specific fitness goal is being reached.

9 Tritium Batteries - The 10 Coolest Technologies You've Never Heard Of - The Future of Tech Ever heard of bacterial photography—it's not as gross as it sounds—or chaos computing? 9 Tritium Batteries After years of advances in battery technology, many of our mobile gadgets still peter out before sunset on any given day. Several high-profile efforts are under way to fix this pesky problem, but one of the least pursued and yet most profound developments in energy technology is the battery that virtually never needs a recharge. For now, the technology is just for offbeat applications such as sensor networks for monitoring traffic and for communication satellites, not for consumer electronics. The BetaBattery is not based on chemical reaction. BetaBatt is also designing battery casings that are extremely resistant to heat and cold, so that the batteries can power sensors and electrical equipment in the most hostile environments—even in space.

2 Chaos Computing - The 10 Coolest Technologies You've Never Heard Of - The Future of Tech 2 Chaos Computing The word chaos, as any Get Smart fan will tell you, tends to evoke negative connotations—it's a disordered situation we want to avoid. But if William Ditto is right—and both the U.S. Navy and private investors are betting he is—the word may soon be seen in a whole new light. Ditto, chair of the Department of Biomedical Engineering at the University of Florida in Gainesville, is exploiting the principles of chaos to build a revolutionary computer chip that just may prove faster, cheaper, and far more flexible than traditional designs. Ditto's chip is like the microelectronic version of a stem cell: It's a device that can assume all sorts of different functions.

10 Viral Fashion - The 10 Coolest Technologies You've Never Heard Of - The Future of Tech Ever heard of bacterial photography—it's not as gross as it sounds—or chaos computing? 10 Viral Fashion Researchers at MIT's Media Lab are developing fashion accessories on which patterns and designs can change according to the wearer's whim, and fashion prints can be shared wirelessly. Taking cues from the online world and applying them to the fashion world is the goal of the Media Lab research project dubbed "urbanhermes." The idea is for OLED-integrated clothing to display digital images and designs, updating whenever the wearer desires. Each piece of clothing would also have user-set permissions that could allow or disallow this propagation. While the idea of OLED-integrated clothing is not new, MIT's approach to viral propagation is innovative.

10 Mind-blowing Sci-Fi Technologies That Really Exist Technology Science fiction is one of the oldest genres in literature, with its roots tracing all the way back to the days of mythology. Sci-fi can be fanciful, extreme, even downright insane, but what separates it from fantasy is that it commonly relies on technology which, in at least some respects, could actually be feasible. That’s not to say that you’ll be drafted for the next lightsaber battle on Mars anytime soon – but if there’s one thing we’ve learned from history, it’s that “real” science often does take its ideas straight from the pages of sci-fi. For example… Automated Driverless Cars The 2002 film Minority Report was futuristic sci-fi at its sleekest. The Google Driverless Car was the first real-world attempt that gained widespread public recognition, even after those videos of it running over traffic cones. We don’t remember this being in any sci-fi movies – but dang it, it totally should have been. Data That Lasts Forever Or can it? And relatively speaking, that’s old news.

Chaos computing Chaos computing is the idea of using chaotic systems for computation. In particular, chaotic systems can be made to produce all types of logic gates and further allow them to be morphed into each other. Introduction[edit] Chaotic systems generate large numbers of patterns of behavior and are irregular because they switch between these patterns. They exhibit sensitivity to initial conditions which, in practice, means that chaotic systems can switch between patterns extremely fast. Modern digital computers perform computations based upon digital logic operations implemented at the lowest level as logic gates. A chaotic morphing logic gate consists of a generic nonlinear circuit that exhibits chaotic dynamics producing various patterns. Chaotic Morphing[edit] As an example of how chaotic morphing works, lets take a generic chaotic system known as the Logistic map. ChaoGate[edit] A Chaotic computer, made up of a lattice of ChaoGates, has been demonstrated by Chaologix Inc. Research[edit]

Today’s 10 Most Mind-Blowing Tech News Items Is it just us, or did technology accomplished a higher-than-average amount of epic things in the last 24 hours? By Adrianne Jeffries 6/29/12 10:16am Share this: Painted battery. (Photo: Rice University) Sometimes we get swept up in the breathless reports about RIM shares, Twitter ads, the relative sizes of Pinterest and Tumblr, and other such minor tech news items that some might call “incremental,” and so we forget that insane shit is happening with science. Texas: Some students invented a spray-on rechargeable battery. Texas: Some other students hacked into a flying drone’s GPS. California: Google’s take on the modern personal digital assistant a.k.a. California: A new telescope will be able to predict asteroids 50 to 100 years in advance. California: Enzymes from mutant sponges are evolving semiconductors. Boston: Researchers have invented microparticles that, when injected into the bloodstream, replace the need to breathe. New Jersey: The Army has built a giant gun that shoots lightning.

Research | Martin Pielot Future Comm My current research at Telefonica focuses on the future of communication technologies. I am studying how people use novel communication channels, such as WhatsApp or Snapchat, and I ideate, prototype, and test novel concepts around the topic. Peripheral Interaction Related to communication technologies, I research peripheral interaction. Research in the Large App stores for mobile phones and desktop computers offer a great way for developers to easily make their apps accessible to users in a unified way. Non-visual Interaction with Mobile Devices In the past, I researched Non-visual Interaction with Mobile Devices, in particular in the context of providing spatial information through non-visual displays for location-based services.

[REVIEW] Game your video - Video Editing App - THE BEST (pictures) | JamieEde.Co.UkJamieEde.Co.Uk [ratings]Hi all, After a tweet from @jima6636 regarding how awesome this app is I had to check it out. The app is called Game Your Video Search the AppStore for: “Game Your Video” I was looking for a fully featured and free video editing/enhancing app from The AppStore for my iPhone for a long time (unsuccessfully) until I discovered this app. It is what we ALL want from an iOS video editing app! Features:GAME YOUR VIDEO Turn the videos you have made using your iOS device into something special by EASILY adding effects to them. Remove unwanted clips from your video… Yes you read that right. Join multiple videos together. Turn your video into a full reverse clip. A nice feature whereby you can have two different videos placed next to eachother and save as a new video. Is a section within the app where you can view other people’s creations using Game Your Video. On the Fly effects You can record and add effects in realtime to your videos using the Camera button within the app.

10 Futuristic User Interfaces Advertisement Good user interfaces are crucial for good user experience. It doesn’t matter how good a technology is — if we, designers, don’t manage to make user interface as intuitive and attractive as possible, the technology will hardly reach a breakthrough. To gain the interest in a new product or technology, users need to understand its advantages or find themselves impressed or involved. And here is where creative ideas and unusual interface approaches become important. Below we present 10 recent developments in the field of user experience design. You may also want to take a look at the related posts: Fez: 2D/3D Gaming Experience Over years we’ve managed to get used to traditional 2D gaming experience. Futuristic Glass This futuristic concept5 aims to integrate the capabilities of online-services in our daily life. Aurora User Interface The main idea of the concept is to represent users, places and virtual objects within a three-dimensional user interface (spatial view). Tilty Snake