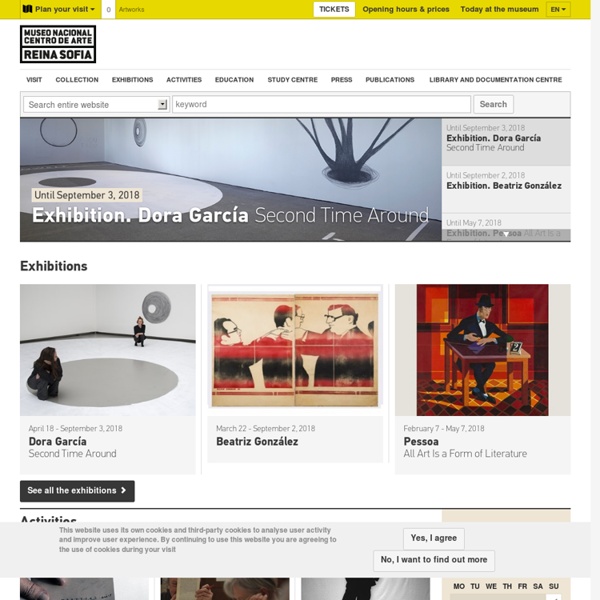 Musée du Prado les collections Welcome to the Museo del Prado, an institution dating back almost 200 years and one whose origins and unique nature are largely due to the collecting tastes of Spain’s 16th- and 17th-century monarchs. Collecting at that period differed from the present day. Rather than aiming at comprehensiveness, collectors aimed to assemble as many works as possible by their favourite artists. This explains why the Prado has been described as a museum of painters not of paintings, given that its artists are represented in a superlative manner with, for example, the largest holdings of Bosch, Titian, El Greco, Rubens, Velázquez and Goya, some numbering more than 100 works.

Parque del Buen Retiro, Madrid Cristal Palace in Retiro Park in Madrid The Buen Retiro Park (Spanish: Parque del Buen Retiro, literally "Park of the Pleasant Retreat", or simply El Retiro) is one of the largest parks of the city of Madrid, Spain. The park belonged to the Spanish Monarchy until the late 19th century, when it became a public park. Concordia University Chicago - Art Lessons Welcome to Concordia University Chicago’s link to Artists and Their Art: Sharing Visual Stories, a tool to promote visual literacy through artwork. Recognizing visual cues in a work of art as well as being aware of the times and conditions in which an artist lived enables students to better interpret its imagery, draw conclusions about its effectiveness, and speak critically about the art. Art education research indicates students enjoy a richer art experience and improved visual comprehension when the following four disciplines are included in the art experience: Art History (the study of past artists), Art Aesthetics (response to art), Art Criticism (discussion of art using art vocabulary), and Art Production (hands-on making of art).

El Rastro El Rastro de Madrid or simply el Rastro is the most popular open air flea market in Madrid (Spain). It is held every Sunday and public holiday during the year and is located along Plaza de Cascorro and Ribera de Curtidores, between Calle Embajadores and the Ronda de Toledo (just south of La Latina metro station). A great variety of products (new and used) can be found at el Rastro. Jheronimus Bosch - the Garden of Earthly Delights About this project The interactive documentary Jheronimus Bosch, the Garden of Earthly Delights provides an in-depth tour though The Garden of Earthly Delights. In a web interface the visitor will be taken on an audio-visual journey, including sound, music, video and images to enrich the storytelling.

Temple of Debod The Temple of Debod[1] (Spanish: Templo de Debod) is an ancient Egyptian temple that was dismantled and rebuilt in Madrid, Spain. Temple of Debod in Egypt before relocation to Spain. The shrine was originally erected 15 kilometres (9.3 mi) south of Aswan[2] in Upper Egypt, very close to the first cataract of the Nile and to the great religious center in Philae dedicated to the goddess Isis.

Royal Palace of Madrid The Royal Palace of Madrid (Spanish: Palacio Real de Madrid) is the official residence of the Spanish Royal Family at the city of Madrid, but it is only used for state ceremonies. King Felipe VI and the Royal Family do not reside in the palace, choosing instead the more modest Palace of Zarzuela on the outskirts of Madrid. The palace is owned by the Spanish State and administered by the Patrimonio Nacional, a public agency of the Ministry of the Presidency.[1]:7 The palace is located on Calle de Bailén ("Bailén Street") in the western part of downtown Madrid, east of the Manzanares River, and is accessible from the Ópera metro station. Several rooms in the palace are regularly open to the public except during state functions. An admission fee of €11 is required.

Musée de Pergame. Berlin Pergamon or Pergamum, also referred to by its modern Greek form Pergamos, was a rich and powerful ancient Greek city in Mysia. It is located 26 kilometres from the modern coastline of the Aegean Sea on a promontory on the north side of the river Caicus and northwest of the modern city of Bergama, Turkey.During the Hellenistic period, it became the capital of the Kingdom of Pergamon under the Attalid dynasty in 281–133 BC, who transformed it into one of the major cultural centres of the Greek world. Many remains of its impressive monuments can still be seen and especially the outstanding masterpiece of the Pergamon Altar. Hundreds of Vintage Posters Are Now Available to Download and Print 100% Free - Creators If the posters of today still had the look of those of yesteryear, would they still get tagged and trolled as often? Much work today, it seems, lacks the graphic audacity of yore, opting instead for forms and formats we've become accustomed to. That's why, when you find vintage posters in flea markets, you find prices that might suggest they were just printed. Many of these posters are available online, but it's often difficult to find high enough quality to print them beyond standard A4 printer paper sizing. Finally, our savior: FreeVintagePosters.Com. The name explains the concept rather well.

Plaza Mayor, Madrid The Plaza Mayor (English Main Square) was first built (1580–1619) during Philip III's reign and is a central plaza in the city of Madrid, Spain. It is located only a few Spanish blocks away from another famous plaza, the Puerta del Sol. The Plaza Mayor is rectangular in shape, measuring 129 m × 94 m (423 ft × 308 ft), and is surrounded by three-story residential buildings having 237 balconies facing the Plaza. It has a total of nine entrance ways. Galerie des Offices, Florence, Italie The Uffizi was designed by Giorgio Vasari in 1560 for Cosimo I de'Medici to house the Granducal Magistratures of Tuscany. Over time, the top floor loggia became an exhibition of the dynastic collection of ancient sculpture, artwork and artifacts. The eastern wing of the building incorporated the ancient Florentine church of San Pier Scheraggio and the wing to the west connected with two existing buildings, the Mint and the Loggia dei Lanzi. Vasari conceived an architectural module to be repeated all along the building: a portico flanked by two pillars, with niches on the ground floor and three windows on the upper story. In 1565, on the occasion of the marriage of his son Francesco to Giovanna d'Austria, Cosimo I asked Vasari to design a raised passageway connecting Palazzo Vecchio with Palazzo Pitti, the new residence of the family.

Top 10 Paintings Which Define Human Emotion It is always very soothing to see a good painting. We visit exhibitions to promote art and try understanding the meaning behind the drawings. There are many times when a painting reveals emotions of the painter to a great extent.