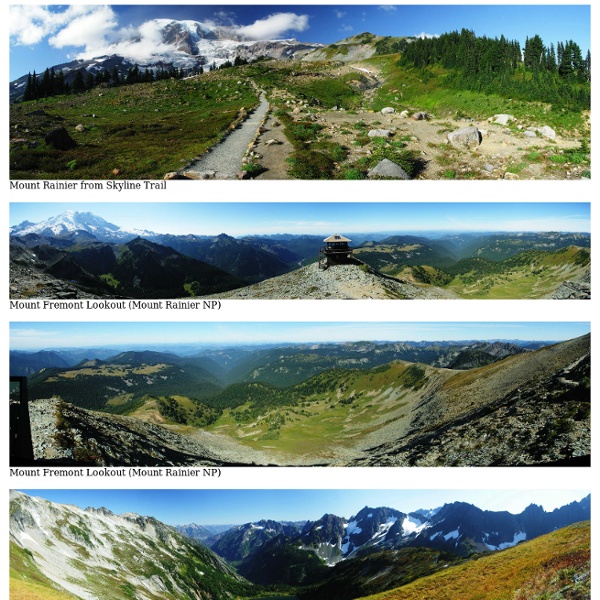 32 Surreal Places On Earth That Belong In A Dream. I’ve Never Wanted To Travel So Badly… During the rainy season, the world’s largest salt flat becomes the world’s largest mirror. The Salar was born when several prehistoric lakes joined into one. The salt flat is so reflective, it’s used to calibrate satellites. Tianzi Mountains, China These unqiuely tall and thin mountains are so alien that they were used in James Cameron’s “Avatar.” Sentinels of the Arctic, Finland These sentinels are actually giant trees covered in snow and ice. Reed Flute Caves, China This 240-meter-long cave system has been one of Guilin, China’s most popular attractions for over 1200 years. Skaftafell Ice Cave, Iceland Ice caves are temporary structures that form at the edge of glaciers when flowing water melts a hole into glaciers. Antelope Canyon, Arizona, United States This canyon was formed by millions of years of flowing water that carved out a deep, yet narrow crevice. Bigar Waterfall, Romania The locals call this waterfall “the miracle from the Minis gorge.” Sea of Stars, Vaadhoo Island, Maldives

11 Fascinating Places That You Must Visit One Day Now and then, the best way to unwind in the wake of a monotonous week is to get the blazes away. Thus, the extent that we know, a little change of landscape never damage anybody. So here is a list of 11 places that we suggest you to visit when you get the opportunity. 9th century Monastery of Tatev in southeastern Armenia source Norwegia Fiordy Ban Gioc-Detian Waterfall in Guangxi, China source Cane Bridge in the village Kabua – Republic of the Congo source Castle-like villa on the shores of Lake Thun in Spiez source India,worlds most deadliest road Himachal Pradesh source Japan, Toyama, the blue lights on the sea coast are the glowing firefly squid source Selangor, Malaysia source St. source Stairway to Heaven, Yushan National Park, Taiwan source Ukraine, Castle Swallow’s Nest source

The Most Wonderful Castles From Around The World Since childhood castles are explaind as grand places, full of your favorite fairytale characters and their dreaded evil step mothers. No matter where it is or who lives there, castles contain such a majestic air about them. Castles can be romantic, spooky, historical, or downright beautiful, and usually they are all of the above. Back in the medieval period, most castles were built as a form of control, so that a ruling family could keep watch over their surrounding town. Today many castles from the past stand tall and proud, a memory of all that has happened there, and all that stands to come. Let these castles transport you to another world, can you only imagine what living at these castles would be like?! Neuschwanstein Castle, Germany This nineteenth century Romanesque Revival palace is located in the rough hillsides of Bavaria, Germany. This gorgeous castle is currently set up as a museum so that many people can enjoy its luxurious appeal. Gwrych Castle, Abergele, Wales

Astro Anarchy Breathtaking Travel Photography by Weerapong Chaipuck Thailand-based photographer Weerapong Chaipuck captured stunning landscape and people photos from around the world during his travels after early retirement from the profession in the medical field… Weerapong Chaipuck The Fairy Tale Forest By Ildiko Neer | Travel Klix Hungarian photographer Ildiko Neer began operations in 2009. He draws his inspiration from nature, but a special thrill is wood – the sun makes its way through the trees, the sound of leaves and stunning colors of autumn. All this was reflected in the works of photographer. This amazing photographer really have the eye for a good nature photo. These travel photos, and nature photos are just amazing, this this artist really did a great job. So, if you like these amazing landscapes photos, you are at the right place. Landscapes, landscapes news, landscapes photos, nature, nature landscapes, nature news, Nature Photos, Photos, travel landscapes, travel nature, Travel News, Travel Photos, Travel Tips

30 Best Earth Pictures of the Week – April 24th to May 01th 1. The Blue Dragon by Steve Richards 2. Shore in Seychelles 3. 4. 5. 6. 7. 8. 9. 10. 11. 12. 13. 14. 15. 16. 17. 18. 19. 20. 21. 22. 23. 24. 25. 26. 27. 28. 29. 30. 3,200 Year Old Tree Never Been Captured In A Single Image... (Distractify) Cloaked in the snows of California’s Sierra Nevada, the 3,200-year-old giant sequoia called the President rises 247 feet. Two other sequoias have wider trunks, but none has a larger crown, say the scientists who climbed it. The figure at top seems taller than the other climbers because he’s standing forward on one of the great limbs. The trunk is 27 feet wide and the his mighty branches hold 2 billion needles, the most of any tree on the planet. On top of that, he still adds one cubic meter of wood per year – making him one of the fastest growing trees in the world. Giant sequoias exist in only one place, where The President and smaller trees that make up his “House” and “Senate”, reside. The team painstakingly put together a set of pulleys and levers to climb the tree. Awesome stuff. Chael Nichols, Ngm staff. Order Large Format Prints at: NationalGeographicCart.com

The 16 Reasons You Need To Drop Everything And Travel Right Now There’s a characteristic of our generation that can only be described as severe restlessness. I am not specifically referring to the number of friends you have who are prescribed Adderall; although that’s definitely another cultural trend I could discuss in length. What I’m talking about is a restlessness of the soul, the wandering spirit, a culture of nomads. We’ve been bred on this notion that we are going to do it differently than our parents; we’ll be adventurous, experience life to the fullest. We thought about moving to London, buying expensive rain gear and renting a studio on Piccadilly Circus. Many of us have chosen the road more traveled, giving into the societal pressures of securing a job and a 401k. Whether you have this realization once a month, once a week or even once a day, it’s one too many. You’re young Life moves fast and there is no better time to pursue those inner urges than in your 20s. You’re more willing to take risks With less to lose, there’s more to gain.

Jacob's Well, Wimberley, Texas Jacob’s Well is a significant karstic spring, the largest perennial spring in the Texas Hill Country. It flows from the most extensive underwater cave in Texas, opening in the bed of Cypress Creek, a few miles north of Wimberley, Texas.The twelve foot (four meter) diameter mouth of the cave serves as a popular swimming and water recreation spot for the local land owners whose properties adjoin Cypress Creek. From the opening in the creek bed, Jacob’s Well descends vertically for about thirty feet (ten meters), continuing from there at an angle as a series of chambers separated by narrow, often deeply silted and unstable necks, ultimately reaching a depth of at least one hundred and twenty feet (forty meters). From the dawn of recorded history until the modern era, the Trinity Aquifer-fed natural artesian spring gushed water from the mouth of the cave and as much as thirty feet (ten meters) into the air. At least eight divers have lost their lives while exploring Jacob’s Well.

Zythophile I dunno, you wait hundreds of years for a herb-flavoured beer, and then two come along at once. Just coincidence, I’m sure, but two new beers (ales, strictly), from the Pilot brewery in Leith, Scotland, and the Ilkley brewery in Yorkshire, have been announced this week that go back to the pre-hop tradition of flavouring your drink with whatever herbs and plants you could find in the local fields, hedgerows and woods, or up on the local moors. I’m delighted to see them, because I love herb-flavoured ales. I have just one worry, as a historian. Beer sommelier Jane Peyton supposedly gathering heather for her gruit ale for the Ilkley brewery – except that *ahem* the heather isn’t in bloom and so wouldn’t be that great for brewing with – and she’d need more than could be gathered with a pair of scissors. Both the breweries producing these new herb ales call them “gruit beers”. That’s not to say there were no ales brewed with herbs in Britain. Scurvy grass Ground-ivy or alehoof Like this:

22 Unbelievable Places that are Hard to Believe Really Exist Our world is so full of wonders that new and amazing places are discovered every day, be that by professional photographers or amateurs. Different geographical locations, climatic conditions and even seasons offer the widest variety of natural wonders: pink lakes, stunning lavender or tulip fields, breath-taking canyons and mountains, and other places you can hardly believe actually exist! [Read more...] Some of the pictures in this collection will be of all natural sights you can find while traveling around the world, while the others have experienced human interference – but even in these cases, the result of such collaboration is spectacular. No wonder that traveling in one of the best forms of recreation – even looking at these pictures takes your mind to far away places… And yes, all those of those places are real! Feel free to add more places in the comments under the article. Tunnel of Love, Ukraine Image credits: Oleg Gordienko Tulip Fields in Netherlands Image credits: dadi360