The Good and Bad About Oxytocin, the Love Hormone 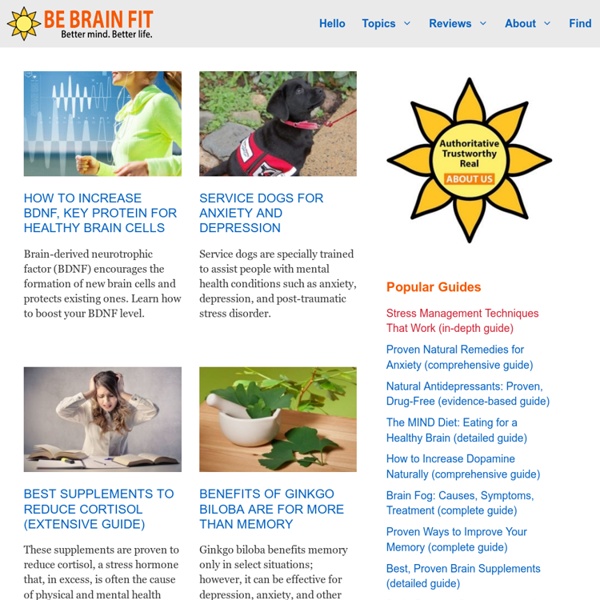 21 Incredibly Important Diagrams To Help You Get Through Life Why Damaged People F*ck Better, Love Better And Live Better  If our pasts decide who we become, then give me a past worth growing from. I don’t know about you, but I think damage is endearing. I value dark histories, growing pains and repressed memories. We all leave the nest with a few dents and bruises. No one comes out of life without a few scars, and even the cool kids have demons. These people belong in a special class of “fucked up.” It’s like they’ve lived three times. I’m not trying to romanticize or generalize the hardships and abuse many have faced. People who have been through it all come out on the other side incredibly strong. They know what it’s like to struggle, and they also know what it’s like to love. They’ve already been to hell, so they aren’t scared of going back. When you’ve already hit rock bottom, there’s no more fear of falling. They can’t improve their pasts, so they’re always trying to seize the future. When you’ve experienced the loss of control, you seize every chance to win it back. They don’t sweat the small stuff.

A Simple Workout Program To Get Stronger, Build Muscle & Burn Fat Using Only 5 Exercises Get stronger, build muscle, and burn fat. No complicated workouts that take forever. Just three exercises, three times a week, 45mins per workout. **This article details an exercise program, not a diet program. Diet is of course a major aspect to seeing desired results in the gym, so please do your research on the specific macro nutrients, calorie deficit/surplus diet that would be best suited towards your desired results. For men and women trying to attain results in the gym, the amount of workout programs available around the web seem endless, and each one seems to boast about the same “guaranteed” results within a specific and usually unrealistic time frame. But most of us really don’t have the time to dedicate our lives to diet and exercise 24/7, and so most of these programs don’t apply to the average person looking to stay fit with a busy lifestyle. There is one program, however, that I found to be so easy and effective that it deserves the spotlight it has already garnered. Squat

The Dopamine Diet From an evolutionary perspective, we have always eaten in order to live. But too many of us live to eat. Consequently, more than 1 in 5 adults are overweight, and more than a third of them obese. Today, with 24-7 access to food, a biological drive to eat high-calorie fare has rapidly evolved into a health burden. The brain has developed a faulty anticipation of energy needs. The human brain is easily tricked by pleasure foods as they confuse the brain’s regulating systems. Sugar-free soft drinks also confuse our brain. Complex interactions between the nervous system, hormonal pathways, and immune system are at play when it comes to overeating. The pathway between the brain and body is known as the neuroendocrine-immune supersystem. While too little dopamine can leave us craving food, sex or stimulation, too much can cause addictive behaviors.

Café Valentino Repetition compulsion Repetition compulsion is a psychological phenomenon in which a person repeats a traumatic event or its circumstances over and over again. This includes reenacting the event or putting oneself in situations where the event is likely to happen again. This "re-living" can also take the form of dreams in which memories and feelings of what happened are repeated, and even hallucination. The term can also be used to cover the repetition of behaviour or life patterns more broadly: a "key component in Freud's understanding of mental life, 'repetition compulsion'...describes the pattern whereby people endlessly repeat patterns of behaviour which were difficult or distressing in earlier life."[1] Freud[edit] He explored the repetition compulsion further in his 1920 essay Beyond the Pleasure Principle, describing four aspects of repetitive behavior, all of which seemed odd to him from the point of view of the mind's quest for pleasure/avoidance of unpleasure. Later psychoanalytic developments[edit]

StrongLifts Here's the best workout I've found to get stronger: Workout Apps for iPhone and Android: This is the official StrongLIfts 5x5 workout A video... StrongLifts 5x5 is the simplest and most powerful workout to gain strength and muscle while burning fat... without using drugs or steroids and training only three times a week. Watch me doing the full StrongLifts 5x5 workout A... showing your proper form on the Squat, Bench Press and Barbell Row... and answering common questions about StrongLifts 5x5 like how to warmup, how much rest to take between sets, how fast to lift, how to breathe, and a lot, lot more so you get maximum gains with StrongLifts 5x5. Remember to "Like" this video and add it to your favorites, it helps more guys finding out about StrongLifts. Subscribe to my channel: Official website: StrongLifts on Facebook:

Dr. Gabor Maté on the Stress-Disease Connection, Addiction, Attention Deficit Disorder and the Destruction of American Childhood This is a rush transcript. Copy may not be in its final form. AMY GOODMAN: Today, a Democracy Now! special with the Canadian physician and bestselling author Gabor Maté. From disease to addiction, parenting to attention deficit disorder, Dr. Dr. Today we bring you all three of our interviews with Dr. DR. And that’s what sets up the brain biology of addiction. AMY GOODMAN: What does the title of your book mean, In the Realm of Hungry Ghosts? DR. Now, the hungry ghost realm, the creatures in it are depicted as people with large empty bellies, small mouths and scrawny thin necks. AMY GOODMAN: Can you talk about the biology of addiction? DR. Now, that circuitry in addicts doesn’t function very well, as the circuitry of incentive and motivation, which involves the chemical dopamine, also doesn’t function very well. Now, the issue is, why do these circuits not work so well in some people, because the drugs in themselves are not surprisingly addictive. DR. DR. DR. DR. DR. DR. DR. DR. DR. DR.

Narrative psychology Narrative psychology is a viewpoint or a stance within psychology concerned with the "storied nature of human conduct"[1] or in other words how human beings deal with experience by constructing stories and listening to the stories of others. Operating under the assumption that human activity and experience are filled with "meaning" and stories, rather than logical arguments or lawful formulations, narrative psychology is the study of how human beings construct stories to deal with experiences; such dichotomy is found in Jerome S. Bruner (1986, 1990, 1991) as a distinction between "paradigmatic" and "narrative" forms of thought, in his understanding they are both fundamental but irreducible one to the another. According to Sarbin (1986) "narrative" is a root metaphor for psychology that should replace the mechanistic and organic metaphors which shaped so much theory and research in the discipline over the past century. See also[edit] Notes[edit] Jump up ^ Sarbin, T.R. References[edit]