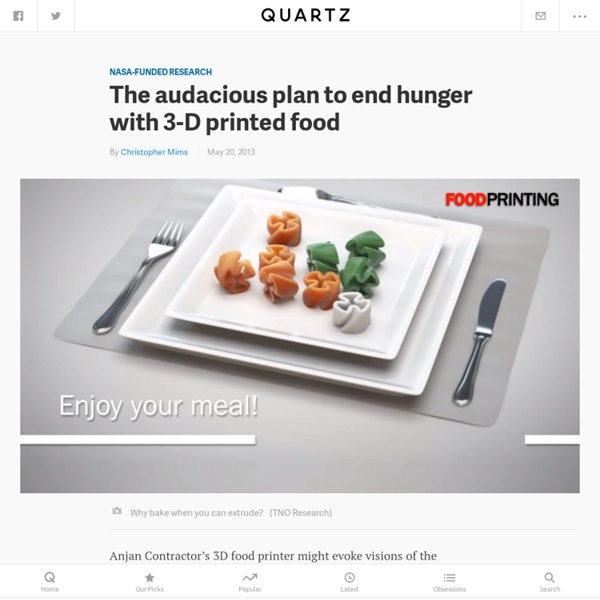 Uber is slavery…Uber will add to traffic congestion…Uber destroys the savings of cab drivers… Hold the litany. Is this the incumbency speaking? And my name isn’t Marie Antoinette. I might get in trouble for this, but I’d like to add a drop of customer experience into the boiling broth of opinions about Uber. After five decades of riding in taxis, both in my native Paris and my adopted Bay Area, I’ve had my share of interesting and sympathetic cabbies, most of whom are more than willing to share their life stories. Unfortunately, pleasant rides with charming drivers are rare exceptions in a succession of dirty Silicon Valley cabs with cracked windshields, duct taped seats, and noisy wheel bearings threatening to seize at any minute. Simply finding a cab can be an unpleasant, complicated experience. The memories must be deeply imprinted. The phrase “transforming experience” was first used, and then abused, in Hollywood when describing the requirements for a script. Related:  Foodstuffs

3D Printing Technology Poised for New Industrial Revolution When the TV series Star Trek first brought the starship Enterprise into German living rooms, the concept of a replicator was pure science fiction, a fantastical utopian vision we might experience one day centuries in the future. Replicators, something of a mixture between computer and miniature factory, were capable of creating food and replacement parts from next to nothing. They were highly practical devices, since Captain Kirk couldn't exactly take along a lot of supplies for his journeys through outer space. The real-world replicator-like technology poised to revolutionize the world is known as 3-D printing, though that term is misleading, since the process has little to do with printing. Many different technological routes can be taken to reach the same goal. Assembling, screwing together, adhering, welding -- all these processes are rendered obsolete when even the most complex shapes can be produced by a single machine using this casting technique. A Slow Process

Video Showing the Huge Gap Between Super Rich and Everyone Else Goes Viral For much of the past decade, policymakers and analysts have decried America's incredibly low savings rate, noting that U.S. households save a fraction of the money of the rest of the world. Citing a myriad of causes -- from cheap credit to exploitative bank practices -- they've noted that the average family puts away less than 4 percent of its income. "Wealth Inequality in America," a six-minute video produced by a YouTube user named "Politizane," casts an interesting angle on the plummeting savings rate. Set to depressing piano music and packed with crystal-clear animations, it gives a powerful snapshot of the American economic landscape. Noting that "The top 1 percent own nearly half the country's stocks, bonds, and mutual funds," the video goes on to contrast those impressive holdings with the rest of the country. By comparison, it points out, the bottom 50 percent of earners own only 0.5 percent of those investments. 9 Ways Sequestration Will Affect You Share Facebook Twitter Google+

5 Web Technologies and Trends to Watch in 2011 In 2010 we saw the rise of HTML5, the maturation of CSS3, the release of Rails 3.0, and the widespread adoption of the @font-face selector (part of CSS3) — among other things. In short: it was a busy year for advancing web development technologies. What will 2011 hold? Below is a list, compiled by Mashable editors of some of the web technologies and trends we think should be on your radar for the coming year. These aren't all straight up web dev technologies, per se, but they're all things that will have an impact on website and app development in 2011. 1. jQuery Mobile jQuery has become practically synonymous with JavaScript, in large part because of its extensibility, ease of use and strong project leadership. - Christina Warren, Mobile Reporter 2. Internet Explorer 9 (IE9) is lightning fast, thanks to its use of DirectX 10 and hardware acceleration, vastly improving the speed and capabilities of the browser versus its competitors. - Ben Parr, Co-Editor 3. - Josh Catone, Features Editor 4.

3D Printed Food Could End World Hunger, Says 'Universal Food Synthesizer's' Anjan Contractor NASA has funded the development of a 3d food printer to feed astronauts in space. But the developer thinks the machine could also have a purpose closer to home: ending world hunger. The engineer of the so-called "universal food synthesizer," Anjan Contractor of Systems & Materials Research Corporation, told business news blog Quartz that he envisions every kitchen having a 3d food printer to keep the planet fed . People could buy the nutritionally complete cartridges of powder and oils at the store and keep them for up to 30 years, he said. “I think, and many economists think, that current food systems can’t supply 12 billion people sufficiently,” Contractor told Quartz. Visit Quartz for more on Contractor's hunger-zapping solution. Ending hunger is a giant task. Other mass-produced food has been hailed as a possible hunger cure. As of September 2012, UNICEF planned to buy 32,000 metric tons of Plumpy'Nut in 2013, an increase of 4,000 tons over 2012, according to CNBC. Related on HuffPost:

This Mind-Controlled 3-D Printer Generates Creatures From Your Kid's Brainwaves When Bryan Salt, a creative director from the U.K., was a kid, he would dream "of a machine that could create real objects from thought alone: to imagine a thing and it would appear in front of me ready made." Salt is working to make that dream a reality with his Chile-based startup Thinker Thing, which is in the process of creating a system called the Monster Dreamer that can generate 3-D models of creatures built from children’s brainwave data via a sensor-equipped headset. From there, those objects are easily realized in plastic with a MakerBot. I caught up with Salt over Facebook chat, and he explained how exactly Thinker Thing is able to create 3-D models by reading brain waves. "It’s not that you imagine an object and it appears," he explains. Instead, children put on a headset and are presented with a variety of creatures with different characteristics. Let’s say you like a creature with four arms and two eyes and is long and thin. It’s a complicated system.

Meet Your Strawman Coke Targets Teens With Black Friday SCVNGR Promotion Coca-Cola is kicking off a nationwide location-based rewards initiative targeted at young teens with SCVNGR as its platform of choice. The soda maker has seeded Simon Malls across the U.S. with challenges that players can complete to earn special Coke rewards. The campaign is called Coke Secret Formula and is set to go live at 10 malls beginning November 26 — otherwise known to holiday shoppers as Black Friday. SCVNGR players who complete the Coke mall challenges can accumulate enough points to redeem instant rewards including American Express gift cards and Coke-branded merchandise. Coke will be aggressively promoting the initiative with online, print and mall signage to include giant elevator wrappers like the one pictured above. Landing Coke is a big coup for the young startup, who competes with the likes of Foursquare and Facebook Places. SCVNGR anticipates that it will hit 1 million members before the year's end.

Mini Mushroom Farms: Gardenista Older Mini Mushroom Farms by Michelle Slatalla Issue 71 · Kitchen Gardens · May 10, 2013 Newer Issue 71 · Kitchen Gardens · May 10, 2013 After a childhood spent being warned against wild and possibly poisonous mushrooms, it's no wonder I still have an arm's-length relationship with fungi. But mini mushroom farms could change that: Above: Kits from specialty growers, such as California-based Far West Fungi, will grow indoors and are capable of producing multiple crops of shitake or oyster mushrooms. Above: Far West Fungi, which has a retail store in the Ferry Building in San Francisco, offers a Pre-Activated Shiitake Mushroom Farm for $25. Above: A Back to the Roots Mushroom Garden is $19.95; grown in recycled coffee grounds, the yield can be as great as 1.5 pounds. Above: Oyster mushrooms, via Hunger and Thirst. EXPLORE MORE: Issue 71: Kitchen Gardens, Indoor Gardens, Urban Gardener, Kitchen Gardens, Plants, Urban Gardens Woodland Plants That Bloom in Dappled Light Under Trees By Kendra Wilson