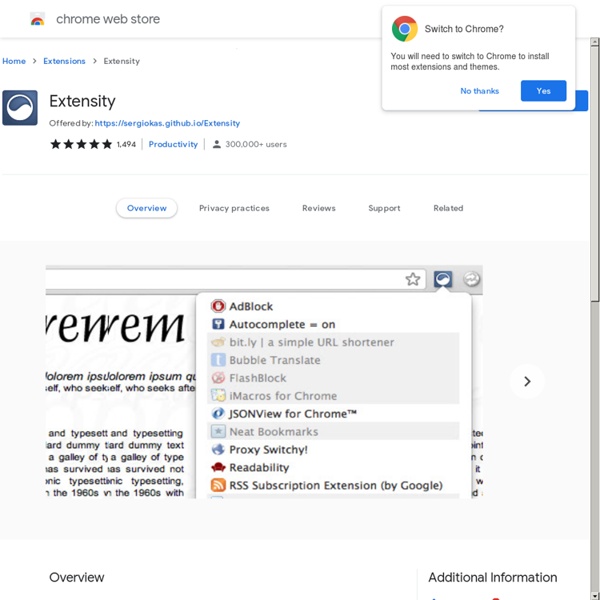 Chrome Web Store Launcher (by Google) Tab Resize - split screen layouts Cite This For Me: Harvard, APA, MLA Reference Generator Grammarly Spell Checker & Grammar Checker Google+ officially splits into Photos and Streams Google is splitting Google+ apart, breaking the social network's photo element away from what it's now calling "Streams." Bradley Horowitz, a longtime Google VP of product, announced that he had become the new lead for both new products, Google Photos and Streams, in a post on Google+ today. Horowitz steps into the role vacated by David Besbris, who took over the top job at Google+ less than a year ago. Hangouts will continue on Horowitz says that he's now running Google's Photos and Streams products — two new names for existing elements of Google+ that conspicuously don't reference the social network. The future of Hangouts is less certain, although it will definitely live on. During an interview session at MWC today, Google's Sundar Pichai, senior vice president of products, confirmed that Hangouts will live on. Pichai first suggested that Google was planning to split Google+ into pieces in an interview given to Forbes last week. Details will likely be announced at Google I/O in May.

Teacher Tech | Alice Keeler Scripts - New Visions CloudLab New Visions' Script Gallery Prior to March 2014 Apps Scripts for Google Sheets were installed and via a "locally-attached copy" made available to users through the "Script Gallery." Since then, Google has made big changes to scripts, most visibly by creating a new way of distributing them as Add-ons for Docs -- in which all users run from a single, developer-maintained copy of the codebase. Add-ons are now available for Google Docs, Sheets, and Forms through three respective galleries in the Chrome Web Store. A number of our tools from the heyday of scripts have not been ported over to Add-ons framework, but they are still quite useful and fun perfectly fine in the NEW Google Sheets when run as local scripts. Since you can no longer access the old scripts gallery via a Sheets, you must access these scripts by making yourself a copy of an existing Google Sheet (File -> Make Copy) that holds the code in the Script Editor.

Chrome Extensions for Educators 25 Google Drive Tips You’ve Probably Never Heard Before | Process Street Recently I moved over from Dropbox to Google Drive and found a few unexpected benefits. At first I had a little trouble managing the space since the 1TB on my Google Drive was bigger than my HDD, but after I got that sorted I started to learn some of the deeper features of Google Drive, some of which are pretty cool. Below is a list of the top tips and tricks I have learned from playing with Google Drive over the last few months. Work Well with Others Google drive got it’s early breaks in the market by being far superior at collaborating with others than any other tool out there. Publicly Share Documents Not only can you share and collaborate with people you invite, but you can also make documents public. Control Access Levels for Security Just because you want to share and work with others, doesn’t mean you necessarily want people messing with yo sh*t. Chat While Collaborating Search by Person Enhance your Experience with Add-Ons Don’t forget the Apps Use Drag and Drop to Upload