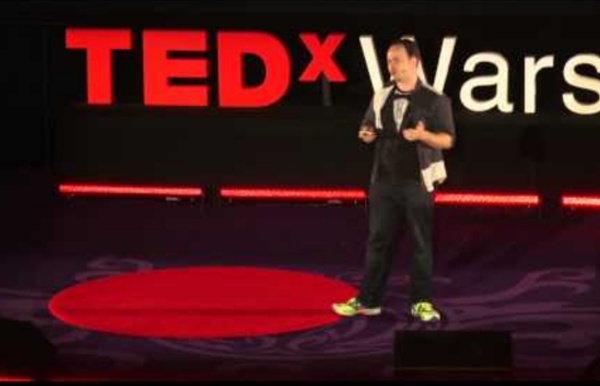 10 Best Ways to Learn a New Language How to learn a new language Oy vey! We get it — learning a new language is challenging, frustrating, and sometimes just downright difficult. And figuring out the best way to learn a new language? That seems nearly impossible. With so much out there in terms of best ways to learn a language, it can be hard to zero in on what language learning tactics would be especially helpful for you personally. Best Ways to Learn a Foreign Language Keep some of these in mind and you’ll be ready to find an intensive language program before you know it! 1. If there’s a community of people who speak the language you want to learn in your city, start attending events! 2. Remember pen pals? 3. For the people who wants to take advantage of one of the best ways to learn a language from the comfort of their own home, put on a foreign movie in another language — without subtitles if you can! 4. Read a menu in your target language and pick a dish you would order every day — then look up what it means. 5. 6. 7.

Learn 50 Languages Online for Free - book2 Audio Trainer Free language lessons in over 50 languages book2 contains 100 lessons that provide beginners with a basic vocabulary. With no prior knowledge, you will learn to fluently speak short sentences in real-world situations in no time. The book2 method successfully combines audio and text for effective language learning. THE BOOKS accompanying the audio files are reasonably priced and will supplement your language learning. Learn Spanish, German, Italian, French, Chinese in quick and easy lessons The 100 lessons help you to quickly learn and use a foreign language in various situations (e.g. in a hotel or restaurant, on a vacation, small talk, getting to know people, shopping, at the doctor, at the bank etc.). Learn more about our Voice Talents! Learn Spanish and over 50 other languages online with book2

The Best and Fastest Way to Learn Another Language It’s easier than you think to learn another language especially since you already know one. Why Most of Us Failed in High School The majority of us have failed to learn a second language even though we’ve all learned our first. Everyone on the planet is fluent in at least one language. So why is learning a second language so hard? It’s because it’s taught wrong. We were placed in a cold classroom and expected to speak in front of our peers in a language we didn’t know. Now imagine trying to speak in a foreign one. And when we made mistakes, we were punished with red marks on the page and low grades. Imagine teaching babies to speak this way. Learning Like a Baby As babies, we learned our first language by immersion, listening and mimicking every single day. We didn’t study grammar books. And that’s why we learned it so well. But as adults, we cannot afford to go back to this approach. We can use our working vocabulary to accelerate our learning. Learn it Like a Video Game Except for one.

Can I successfully learn a language online? "There are more people actively learning a language through DuoLingo than in the entire US public school system," says Luis von Ahn, founder of the free language learning app. Since its launch in 2012, more than 30 million people have downloaded the 2013 Apple app of the year, which gamified education and attracted new demographics of language learners. The growth of technology for educational use has transformed the way in which people learn and access education. This is particularly true for languages, an area in which the explosion of mobile apps and interactive software has provided choice to a range of people who were previously unable to access foreign language education. Von Ahn says that when he founded DuoLingo he was determined to find a way for people to learn a language for free. One of the big changes caused by tech is the demographic shift in language learners. Von Ahn says an unexpected result of DuoLingo being an app is that it's attracted an unlikely type of user.

What's the best way to teach languages? Alex Rawlings was a language teacher's dream. He fell in love with languages when he was eight and learnt Greek, then German, then Dutch. Now, an undergraduate at Oxford, he is the UK's most multi-lingual student, speaking 11 languages. So what's his secret? "I remember seeing people on the beach in Greece when I was a kid and not being able to talk to them," says Alex. Such enthusiasm is rare: a report by the British Academy this year found there was a growing deficit in foreign language skills. "We're failing to inspire people," says Alex. Language pedagogy has come a long way since the days when repetitive grammar-translation methods were regarded as the only way to learn. For Christelle Bernard, a French and Spanish teacher at St Gemma's High School in Belfast, these methods of teaching allow her to cast aside the textbook whenever she can. Her task-based teaching embraces ideas which range from lessons using computers, to audio-visual and kinesthetic learning.

The best way to learn a new language might be in VR The first time Nick Mullins entered Deep Mine 26, a coal mine in southwestern Virginia, the irony hit him hard. Once, his ancestors had owned the coal-seamed cavern that he was now descending into, his trainee miner hard-hat secure. His people had settled the Clintwood and George’s Fork area, along the Appalachian edge of southern Virginia, in the early 17th century. Around the turn of the 1900s, smooth-talking land agents from back east swept through the area, coaxing mountain people into selling the rights to the ground beneath them for cheap. One of Mullins’ ancestors received 12 rifles and 13 hogs—one apiece for each of his children, plus a hog for himself—in exchange for the rights to land that has since produced billions of dollars worth of coal. “I probably ended up mining a lot of that coal,” says Mullins, a broad-shouldered, bearded 38-year-old with an easy smile. There were other ironies to savor too. “No one wanted to see you in the mines,” he says. Passing on the costs